Getting Defensive for Retirement Success

A financial plan including retirement projections

The Challenge:  Recovering from financial losses right before retirement age

Through smart financial planning and active investment management that included defensive strategies, Heritage Capital helped this couple recover from losses and get their retirement plans back on track.

Our clients, Jim and Irene, a couple now in their late 60s, came to us about ten years ago.  They had been good savers and had accumulated a three million dollar nest egg, along with some other assets, that they assumed would take them to the finish line.   They had previously worked with a broker at a local office of a big brand name firm.  This gentleman had come highly recommended by a close friend, and he did a good job for them during times when the market was going up.  When the market started getting volatile in 2008, this broker hadn’t positioned for the changing market.  As a result, Jim and Irene took a very large loss and he offered little advice other than “stay the course”.

They were referred to Heritage Capital by their CPA.  In our first meeting with them, Jim said they wanted to focus on protecting their money as they did not want to ever go through another 2008 market loss.  Irene agreed and told us they were now very afraid of the stock market and wanted to keep things as conservative as possible.   They had a lot of questions about when they could retire and when they should file for social security.

Once they were on board, we started collecting and reviewing the couple’s financial information.  We looked at their assets, including real estate and all of their retirement accounts, as well as their liabilities.  During our review, it seemed that despite their feelings about the stock market, they were still invested quite aggressively with a lot of concentration in the US stock market.  When we looked at their holdings across all their accounts including 401(k) and IRAs, they were overly concentrated in a few areas.

We explained our philosophy of playing defense as well as offense and that we continually monitor their holdings and make changes as the market changes.

Over the course of repeated meetings and phone calls, we came up with a strategy that they agreed to:

Now Jim and Irene are on track to both retire next year.  By waiting to file for social security and through our more active investment, we were able to rebuild their savings and help them recover from their losses.  Now they have a written road map in place to achieve their goals.  Regular meetings and phone calls with us keep them up to date.

Through smart financial planning and active investment management that included defensive strategies, Heritage Capital helped this couple recover from losses and get their retirement plans back on track. 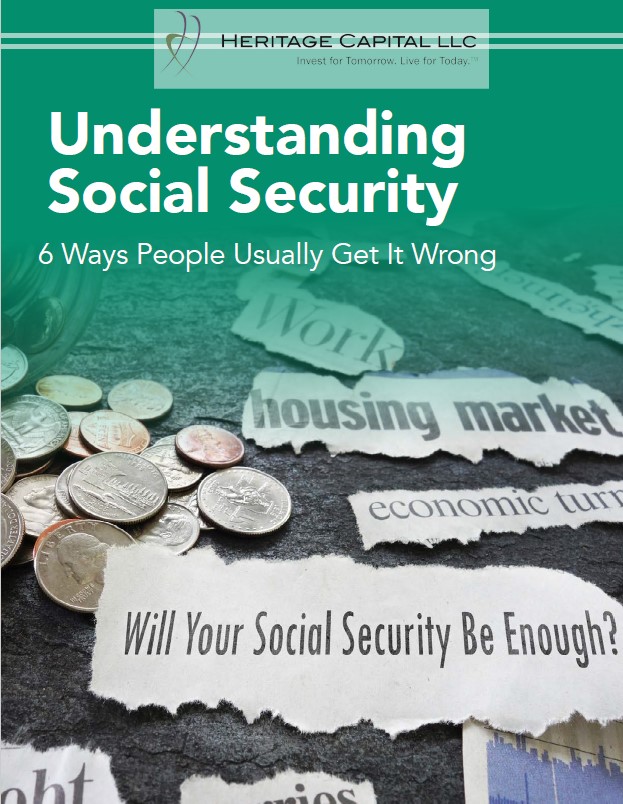