Can the Equity Markets Predict Our Next President?

Relying on Pension Funds May Be Hazardous to Your Retirement

If You are So Smart, Why Aren’t You Rich?

Collectibles Is a Market in Transition

The big surprise of the 2016 election was how poorly opinion polls predicted the results. According to the Pew Research Center, “Relying largely on opinion polls, election forecasters put Clinton’s chance of winning at anywhere from 70% to as high as 99%, and pegged her as the heavy favorite to win a number of states such as Pennsylvania and Wisconsin that in the end were taken by Trump.”

Going back to 1928; 14 elections were preceded by gains in the three months prior. During 12 of those years, the incumbent party won the White House. In eight out of nine years of stock market losses in the three months prior to the election, the incumbent party lost. The exceptions were Dwight D. Eisenhauer winning a second-year term in 1956 despite a decline in the S&P 500 of -3.2%; 1968 when Richard Nixon won over a one-term Lyndon B. Johnson, and Ronald Reagan, who won a first term in 1980 despite 6% market gains under President Jimmy Carter.

Equity markets have a big advantage over opinion polls in that they are incredibly complex systems where there is a continuous aggregation of investor sentiments and the forward views of market participants. Because investors are expressing that sentiment with real money, there is little inclination to mislead or fail to participate. Of course, the catch is that we won’t know which way the market will finally vote until the final days leading up to the election, but it will be interesting to watch.

And of course, there is the caution that past performance is not indicative of future returns and there is always a chance for surprises.

It’s no secret that many government pension funds are underfunded by a massive $5 – $8 trillion dollars. But pension plan problems don’t stop there.

Many multiemployer pension funds, which are governed by collective bargaining agreements between a group of employers and a union, are also underfunded. These pension funds cover some 10 million workers and retirees, including bricklayers, musicians, miners, steelworkers, roofers and truck drivers. According to the Wall Street Journal, the most troubled plans are an estimated $100 billion short of what they need to pay out promised benefits. Unlike state-funded pension plans, these plans don’t have the option raising taxes to make up funding. They are backed by the Pension Benefit Guaranty Corp., the government’s pension insurer, which is expected to run out of money by 2025.

There’s also question as to whether the states can raise taxes sufficiently to fund their underfunded pension plans given the extent of underfunding. The amount of money that each individual state resident – every man, woman, and child – would have to pay today to put their state’s public employee pension fund back on track to pay promised benefits ranges from a high more than $16,000 in New Jersey to $253 in Tennessee, according to the following chart by Bloomberg. Only South Dakota and Wisconsin have plans in the black.

While corporate pension plans tend to look good compared to the state plans, there are problems there as well. Some of America’s biggest employers have significantly underfunded pension plans according to Bloomberg.

There is a point at which there simply isn’t enough money to fix the problems of decades of mismanagement. It is more important than ever for individuals counting on pensions for their retirements to put backup plans in place.

For many public sector workers, including 1.2 million teachers, that backup plan will NOT include Social Security. In the original Social Security Act in 1935, state workers were excluded from Social Security coverage because of concerns as to whether the federal government could tax state and local governments. When the opportunity to extend coverage to public sector workers arose in the 1950s, most states chose to do so. Fifteen states did not – Alaska, California, Colorado, Connecticut, Georgia, Illinois, Kentucky, Louisiana, Maine, Massachusetts, Missouri, Nevada, Ohio, Rhode Island, and Texas, and the District of Columbia. Additional states have varied coverage where some employee classes remain left out.

If you are covered by a pension plan, you need to know how well the plan is funded. If the plan is underfunded and/or in a financially troubled industry or state, it’s time to sit down with a financial adviser and plan how to protect your ability to retire comfortably. Give us a call today and let’s take a hard look at where you want to be and what is needed to get there. 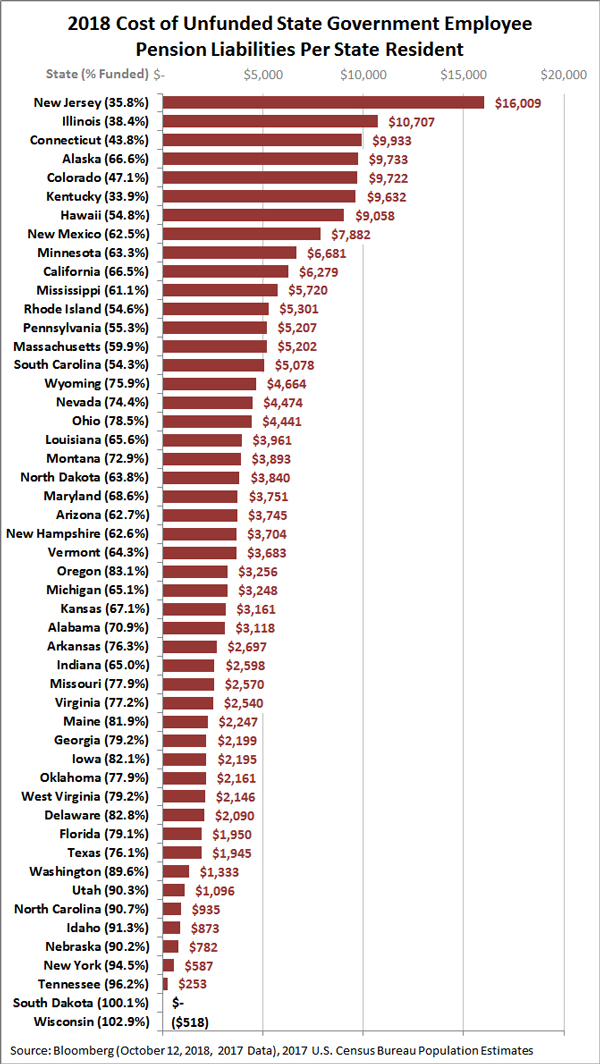 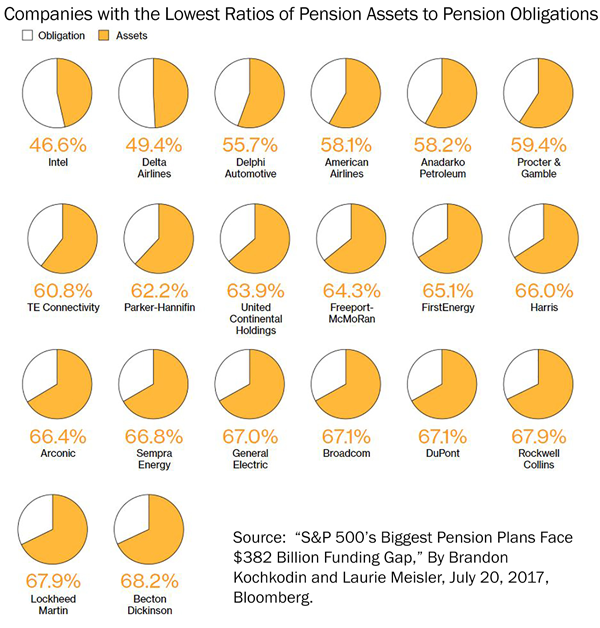 Being smart is never a guarantee of riches, in fact some very smart people have a distressing habit of sabotaging their success. But there are some characteristics that can influence why individuals are unable to save and invest:

In order to get where you want to go, you need to know where you are.

The best tool you have to answer these and many more questions is a net worth statement. Ideally, you should prepare a net worth statement at the start of each year to better understand your financial condition as well as where the risks are in your assets. It can also be an invaluable estate planning tool to help keep your will up to date and distributions to heirs in line with your goals.

A personal net worth statement tells you where you are and gives you the information you need to implement a plan to get where you want to be. It can also be of considerable value to your financial adviser by allowing us to develop a better asset allocation, balance overall risks and consider tax implications or withdrawal strategies in managing your assets.

Your net worth is the value of your assets less your liabilities. Below, we provide a Net Worth form to help you calculate your net worth and better understand your current financial situation. If you hold assets or liabilities beyond the classes listed here, be certain to include those as well. Remember this is a point in time snapshot and will continually change over time, so keep it updated each year, if not more frequently. 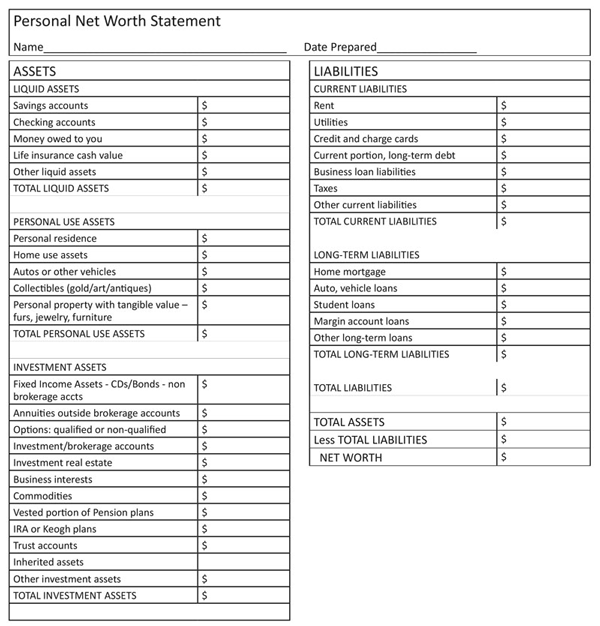 Buying collectibles for investment purposes has always been a tricky market, but a number of trends in today’s market makes it even harder to profit. As a result, the rule for success is buy what you love…if you are lucky some items may turn out to be valuable. Among the trends depressing the value or collectibles are:

There is also a tax penalty to investing in collectives. The Taxpayer Relief Act of 1997, while lowering the maximum capital gains rate on the sale of most assets to 20%, left the maximum rate on gains from the sale of collectibles at 28%. In certain situations, resulting from the phaseout of the alternative minimum tax exemption or the Sec. 199A deduction, the marginal rate on collectible gains can exceed 28%. Much of the rationale for keeping taxes on collectibles high was that it was an investment class of the wealthy, who did not need another tax break.

Collectibles are specifically defined as

However, the IRS has the authority to deem any tangible property not specifically listed in either Sec. as a collectible for Sec. 408(m)(2) purposes and, thus, by reference for Sec. 1(h)(5) purposes. For example, collectibles could include restored automobiles, valuable baseball cards, or even rare comic books. Coins and bullion are classified as collectibles for purposes of computing income taxes.

While collectibles haven’t died out altogether, maker, proof of authenticity, prior owner, historic importance and rarity are key factors impacting the value. The rarest items may still command top prices at auctions, however, there is limited demand for many of the mass-produced items collected by the baby boomers.