Since the election the financial media and pundits have been fascinated with labeling the stock market’s strong run as The Trump Rally. I get it. And it’s really only a silly name anyway. However, the market isn’t rallying just because Donald Trump was elected. If the Senate went blue, I would argue that we would seen a muted response. Equally, if not more important, is the fact that the GOP now controls Congress and similar to how the government looked in 2009 & 2010 when the democrats were in the same position, the republicans have at least the next two years to pass their highest priority legislation and jump start the economy.

I went back 100 years to try and find similar stock market behavior post-election as well as during the year and the only remotely close parallel was 1980 when Ronald Reagan defeated Jimmy Carter as you can see below. In 1980, the Senate went to the GOP for the time since the mid-1950s, however the House remained blue.

I added a chart of 2016 so you can see how they line up. Take away the BREXIT decline at the end of June and they look interesting. 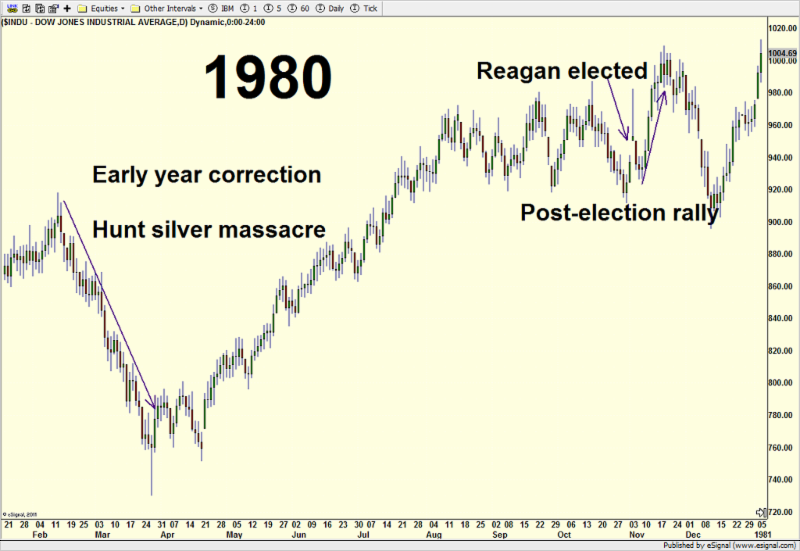 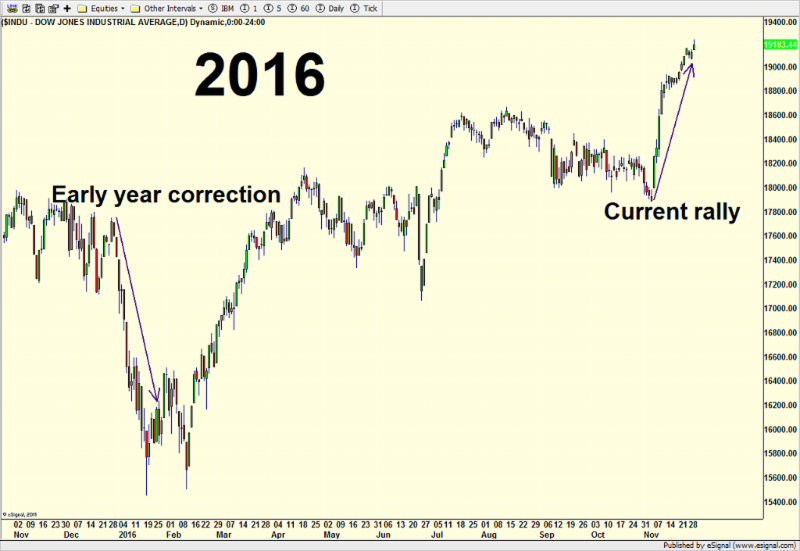 The important takeaway is found on the far right of the charts. In both cases, stocks rallied to new highs after the election, however the current rally is stronger and longer than the one in 1980. Perhaps that is because Congress is all red now, but was split in 1980. If this analog is to continue, stocks should be peaking shortly as they typically do during this time of year and pullback for a few weeks. I would only expect a mild bout of weakness in the 2-3% range.

If you would like to discuss how these possible scenarios could impact your own portfolio, please reply to this email or call the office directly at 203.389.3553.