Yesterday, I wrote about the analog with 1980. If I change my research parameters from presidential elections to similar price behavior during any year, I come up with a very different analog. The current market is first below and you can see the BREXIT bottom in the middle, followed by the big summer rally and period of digestion before the current rally began on the right side. 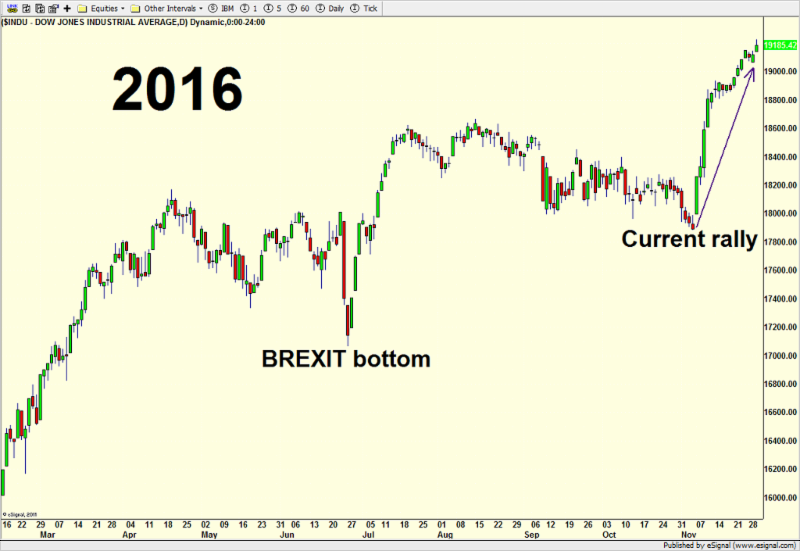 In 1991, we saw a massive rally after the U.S. and its allies expelled Iraq from Kuwait in Operation Desert Storm or the Gulf War. Stocks were range bound until December of that year before exploding higher like we have seen this month. 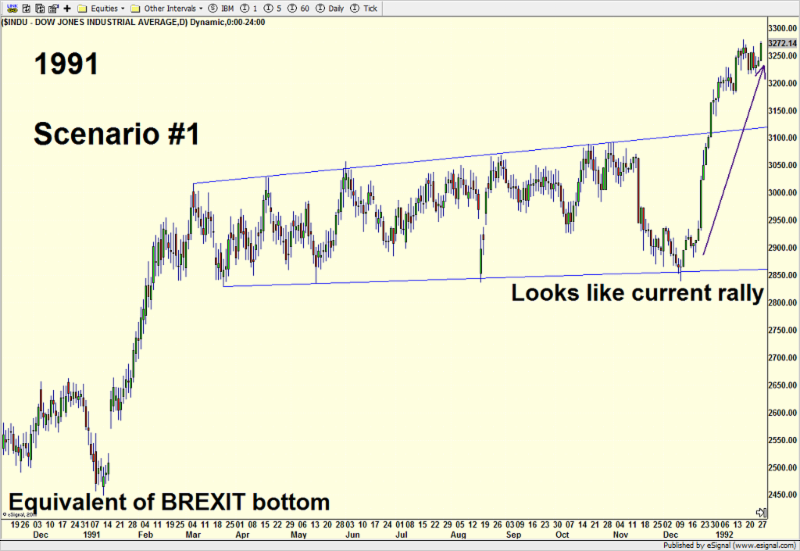 The other similar period just happens to be right after the scenario I discussed above. I shifted the BREXIT bottom to December 1991 with the current rally beginning in April 1992 as you can see below. This scenario more closely resembles today when you look at the number of stocks participating in the rally. 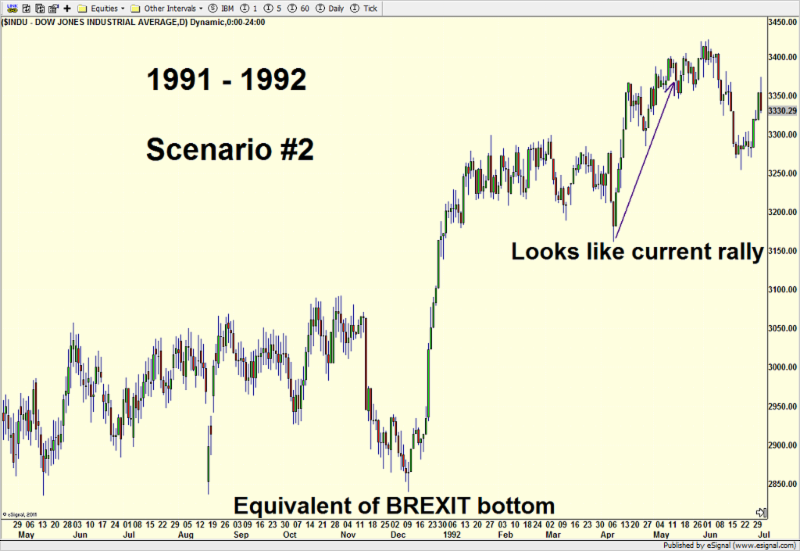 The good news is that in both cases stocks resolved themselves to the upside without any meaningful correction for some time.