A Crypto Era Ends – And Not Well

Well, well, well. We certainly have too much to cover today. What a few days, culminating with the sensational rags to riches to bankruptcy story of FTX and one of crypto’s most ardent supporters, Sam Bankman-Fried. I’ll say this. A few years ago when I saw him scaling the ranks of crypto architects, I thought he could be one of the posterchilds for crypto and its future blow up. For years I called the whole crypto craze Dotcom 2.0 and watched with laughter when hundreds of thousands of Twitter trolls would argue about its permanency and their way to untold fame and fortune.

From 0 to more than 20,000 cryptocurrencies in 10 years. Human psyche never, ever changes, just the vehicles and players. It’s a tragic end here, but one that will ultimately create a real sector that can be more safely invested in under the umbrella of U.S. regulators.

I know none of my readers are surprised that inflation continued to moderate and the markets reacted well. It’s something I have been talking about for months. And you already know that I viewed the October 13th bottom as one of at least significance, if not the final bear market low. Thursday was fun, maybe a lot of fun, but you had to be there on Wednesday which was a crummy day. I know lots of folks positioned negatively going into the CPI report.

The problem with Thursday was that so much of the action was right at the open, meaning people were trapped from their positions on Wednesday. That typically leads to shorts covering rather than real buying. But let’s not get too negative or worried just yet. It was a huge day and the biggest rally since March 24, 2020, exactly one day after the COVID bear market bottom.

I have written that three things need to happen for the bear market to be over. The U.S. dollar needs to peak. 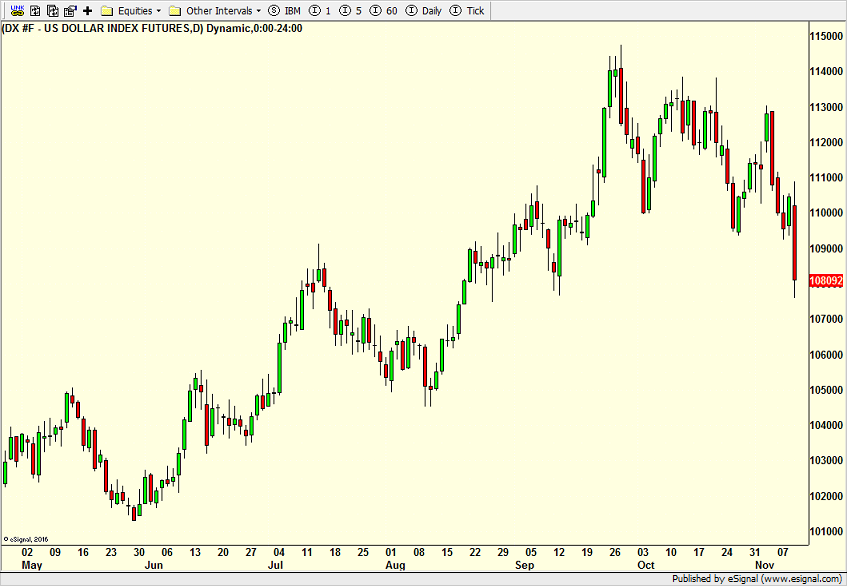 The 10-Year Note needs to go down. 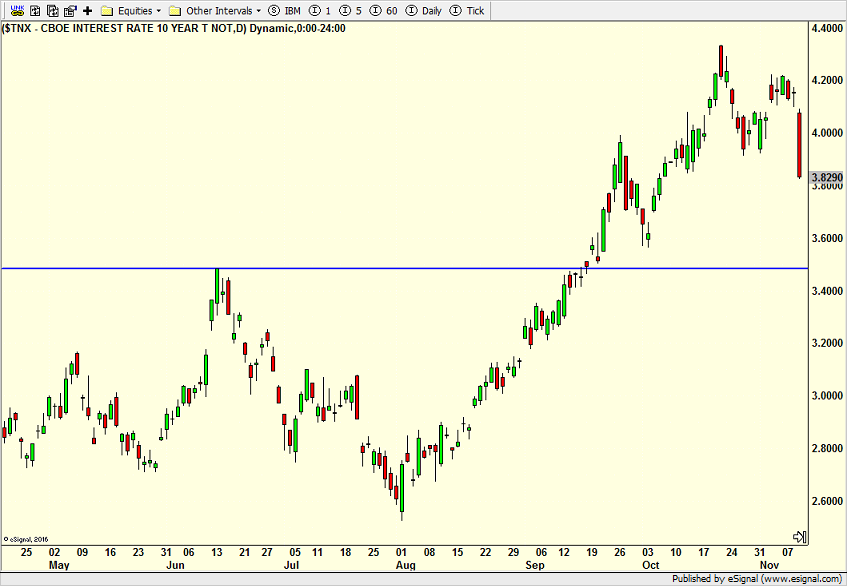 We are now waiting on the 2-Year Note to follow suit.

Let me repeat a few things and then follow up with a much needed video this weekend. What went down the most usually bounces the most. That’s why you saw ARKK and the semis up double digits. The places where everyone was hiding, companies with fortress balance sheets, high free cash flow and big dividends, usually rally the least. I always laugh when pundits take victory laps for owning these kinds of companies at the end of bear markets when they perform the worst. Ideally, you buy these companies at the end of bull markets and get out when they are thrown to the wolves the longer the bear market goes. I know. I know. It’s much easier said than done and I am guilty of not following that either. But I also would not load up on the bluest of blue chips a year into a bear market.

Anyway, the crap and garbage are the leaders out of almost every bottom. That’s just fact. Real leadership emerges after that if the bottom was the end of the bear market, something we do not know for sure right now.

After such a huge rally, we know this; the most likely path is a few days down and then another rally that exceeds the peak. I saw a tweet that tried to show that when stocks do not immediately pause after a monster up day when they should, you can get an acceleration to the upside right away as folks remain trapped. The problem with that is that the rally peters out quicker, but let’s cross that bridge if and when we get there.

70 degrees in mid-November is insane. It’s been freezing out west with over four feet of snow at many Utah ski resorts. The remnants of the hurricane are supposed to hit New England today and tomorrow. Then Mother Nature sends blasts of cold air to us, finally. While I had planned to make a few turns at Mount Snow tomorrow, that will have to wait a week, but I guess I can still dump off a carload of stuff for the winter and get everything set up. We celebrate mom’s birthday on Saturday and it’s amazing that she’s still 70 when her oldest is 56. That spread just continues to narrow. One day she and I will be the same age! On Sunday we celebrate Friendsgiving and that and some good NFL games should be fun.

On Wednesday we bought EPI. We sold EWZ, EMB, levered inverse S&P 500 and some SOXL. On Thursday we bought more JNK and more high yield funds.