A Friday Bottom Is In!

People seemed to like starting with the conclusion, so let’s do it again.

Just as I was hitting send last Friday, the stock market began to rescue itself from the depths of despair for the second time in one week. That was right about the time so many pundits and reporters were boldly stating that stocks never bottom on Fridays, which was something I debunked last week.

And as is often the case on a Friday to end a volatile week, traders reduced risk, causing stocks to accelerate higher into the close. In this case, people covered their shorts or bought back the stocks they sold in hopes of seeing more weakness. That buying fed on itself the rest of the day.

The chart below shows the S&P 500 futures which are a derivative of the popular S&P 500 index. They almost always trade in lock step, except that the futures trade outside of normal business hours from Sunday at 6pm to Friday at 5pm. Essentially, the futures are a way to give traders and investors more access as well as on a leveraged basis, meaning that one can put up a fraction of the total cost of the investment, similar to putting 20% down on a house but getting the full control and upside.

As you can see, the futures spiked down on February 6 in the middle of the night, but that was not seen during regular market hours. On Friday during the day, the futures sold off and revisited those same levels from the overnight, did not decline further and began to rally back. That can be called a successful retest which would lead to additional rallies. That is what is supposed to happen this week. Stocks should remain volatile, but the bulls should enjoy some success. 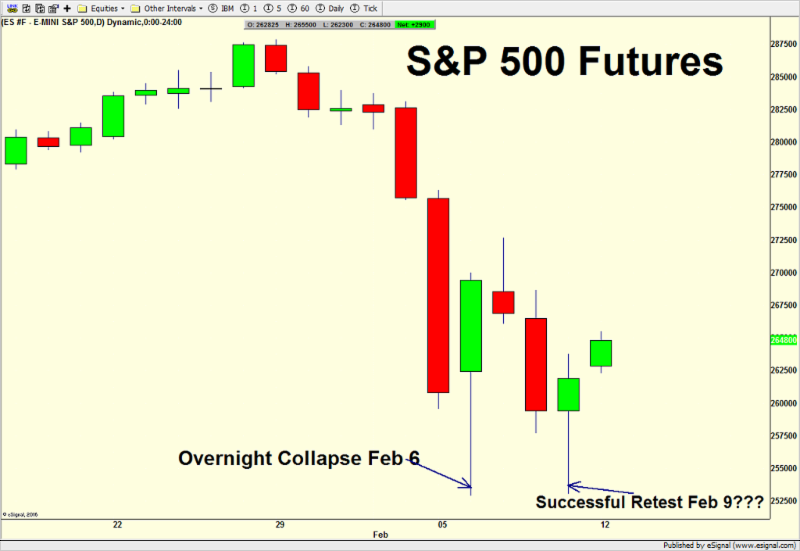 The opportunity for the bulls is also supported by a plethora of short-term studies which all point to a bounce as they have since last Monday. Below is the volatility index, better known as the VIX. What’s important to understand is that last Monday, the VIX spiked to 50 as stocks cratered. On Friday, as stocks were falling again and at lower levels, the VIX should have been well above 50. However, it saw a lower peak at 42, indicating that downside momentum in stocks was abating. 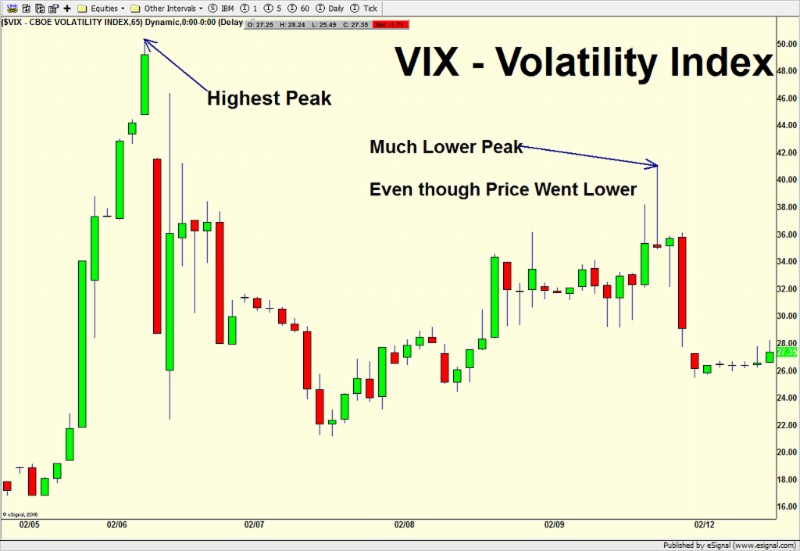 I don’t think Monday is going to be one of those “key” market days. After a dramatic reversal like we saw on Friday, we could see stocks follow through and rally, the most bullish scenario. Or, they could back and fill, chop around all day before moving higher on Tuesday or Wednesday. The real key is to see which sectors bounce the most. We definitely do not want to see the defensive groups like utilities, REITs and consumer staples lead any rally.

Updating a chart I first drew early last week, we see that stocks are basically staying in the road map. But they are coming to a point where the bulls need to step and rally. I still believe stocks will move higher to a secondary peak later this month and then decline again in March before the real move to all-time highs gets going in April. 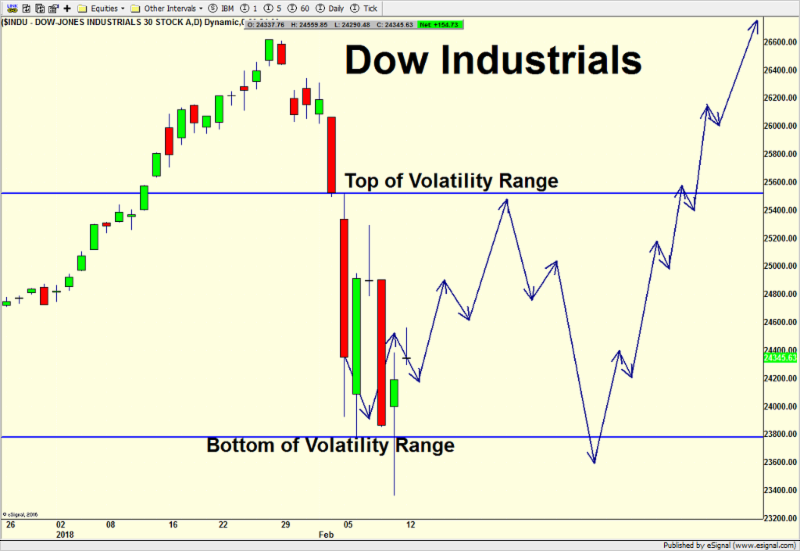 This also fits in with research that shows when stocks decline 10% intra-month, they do not recoup those losses immediately. Rather, they do rally in the short-term, but typically close the month down 5-8%. And 5% down months usually see some more selling the next month, March in this case, which further supports my forecast. Hat tip to Rennie Yang of Astrikos Research.

As always, please don’t hesitate to call or email with any specific questions about your portfolio or financial situation. Investing is a marathon not a sprint and pockets of weakness in the markets will always occur, whichever side of the market you are on