Bears Still in Control but Bulls Getting Closer

As you know from the suddenly negative piece below, I temporarily abandoned my bullish stance on April 21. At that time, we significantly raised cash, hedged and/or purchased securities that don’t perform with the stock market.

At that time and every week since on www.investfortomorrowblog.com, I did not believe that stocks were on the verge of collapse or that a new bear market was unfolding. It just looked like a normal, healthy and much needed pullback that should end up as the largest bout of weakness since this latest rally began on February 11.

On the positive side, selling has been very orderly over the past month and stocks are still not that far from new highs. The chart below is the New York Stock Exchange Advance/Decline line which really just shows participation in the market. A rising line means more and more stocks are going up. This is best used over the intermediate and long-term. As you can see, since mid-February, it has showed a very broad-based and powerful rally without much giveback during the pullback. 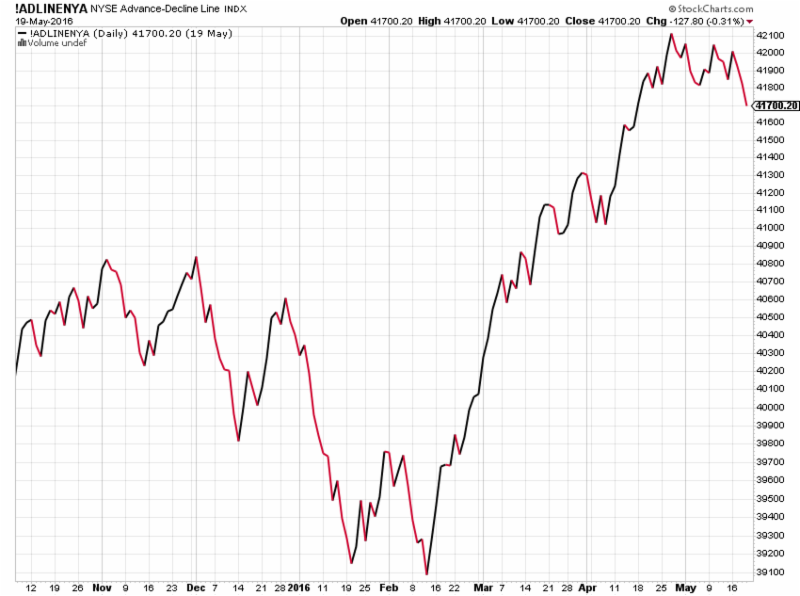 My favorite intermediate and long-term canary in the coalmine, high yield bonds shown below, have also been behaving very well and exhibiting the type of behavior normally seen before large declines or bear markets. 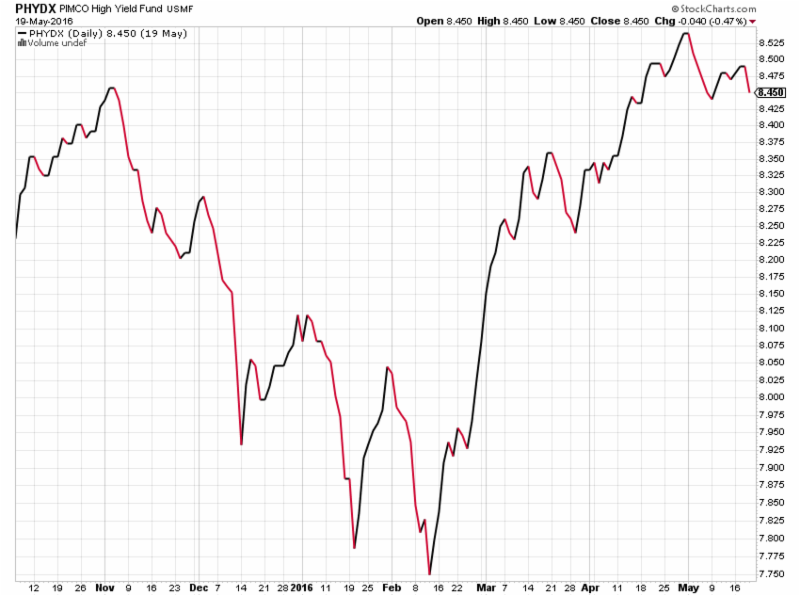 What’s impacted our models is the major stock market indices were acting very tired from two months of going straight up, coupled with sentiment looking frothy. By “frothy”, I mean that the masses went from despondency in February to comfort at the end of March to ebullient by April 20. That combination has a high degree of accuracy in stopping the advance and seeing stocks pullback.

Looking at the Dow, another few percent decline would make the market more attractive from a risk/reward level, assuming high yield and the NYSE A/D line didn’t weaken substantially. I also want to see good behavior from at least three of the key sectors, semis, banks, consumer discretionary and transports.

Over the intermediate-term, stocks don’t seem to be poised to blast off to 19,000 should they poke through all-time highs this quarter. In other words, for now, I think that the market’s trading range will continue with strength to be sold into and weakness to be bought. Eventually, later this year, stocks should begin an assault in 19,000 and 20,000 and possibly even much higher.