On Friday, yet again, the employment report laid a big egg as the economy created 210,000 new jobs versus the 600,000 that was expected. That is not good folks. However, the unemployment rate fell to 4.2%, even though the labor force participation rate increased to 61.8%. Those are both good signs. Yep, it’s as clear as mud.

My thesis has been that November, December and into Q1 2022 would see a sharp increase in economic activity and strong jobs numbers. Frankly, I cannot make sense of what was reported and my initial take is that we will see the 210,000 revised higher by a larger amount in early January. Too many things just don’t make sense.

As I did my usual weekend reading it was interesting to see such high conviction opinions on where the markets are headed. It seemed like everyone saw the recent pullback as a tremendous buying opportunity or a stern warning of things to come. Very few folks sat on the fence. I love that people have high conviction. I usually do as well.

Also over the weekend, we saw Bitcoin plunge to 44,000 before recovering to 48,000 this morning. That got my attention. I would like to see how it behaves if it breaches 40,000 again. I still argue how investors can call this an asset class when it has continued historic volatility and over a weekend no less. To me, it’s a currency until proven otherwise.

The new market week begins on the heels of a failed morning rally on Friday with a surge in buying interest to end the day. Buyers should not be done and we should see the bulls attempt to follow through. While I remain firm that a bottom will be in place by the 17th or so, I do not have high conviction that it was Friday morning. It could have been, but that would not be my first scenario.

You can see the NASDAQ 100 below and the upper, blue, horizontal line showing the peak from September from prices last pulled back. This index has returned to that level, but that blue line is definitely not magical. A healthy, bull market pullback should end a few hundred points on either side of it.

One question I received late last week focused exactly on this; has the NASDAQ 100 declined sufficiently to buy. If my premise is correct that a low is going to form and you don’t want to be too cute, then yes, the index is in the zone. There could be one more decline to new lows, worst case. If my premise is flat out wrong, then it won’t matter what level you buy in here; it is going to hurt. 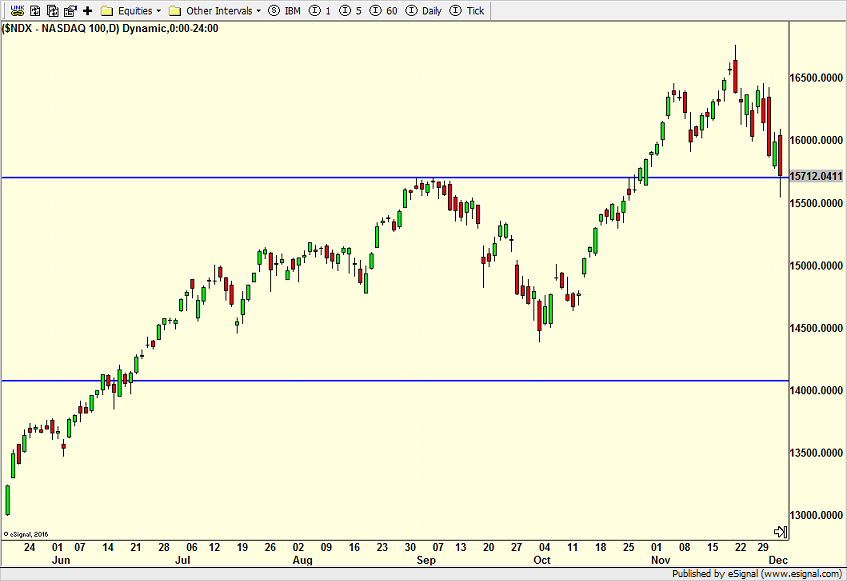 Almost on cue, the number of bears in the AAII weekly sentiment survey just spiked to the highest level since 2020. That’s one single piece of data supporting a low forming soon. 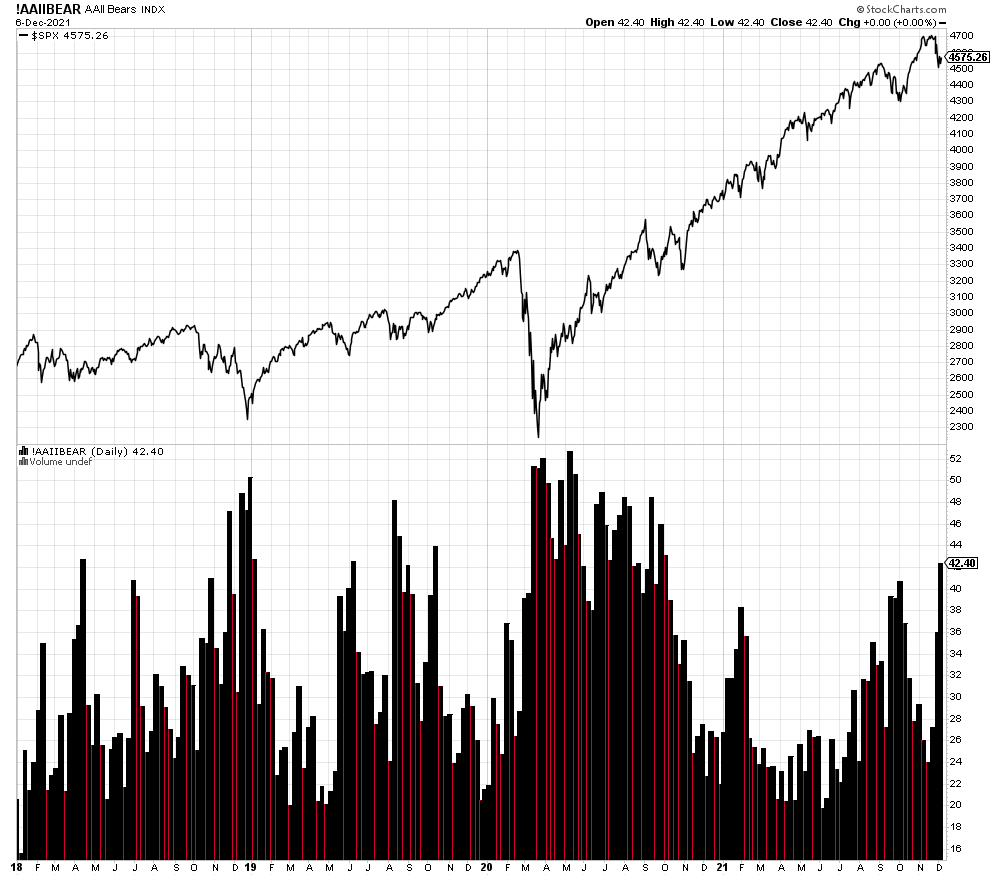 Finally, on Friday we sold the rest of our materials as they sufficiently bounced and are no longer on the hit parade as well as and some biotech as it began to fail when it where it should have held firm.