Beware of October in Years Ending in “7”

While I often write about seasonality, in the grand scheme of things, it’s really only a slight head or tailwind. For those who do not know what seasonality is, it is using a period of time in history to see what trends have occurred the majority of the time. For instance, Sell in May and Go Away, is a seasonal trend for stocks to be weaker from May through October and stronger the rest of the year. The day before an exchange holiday is typically a seasonally strong day. Until 2015, years ending in 5, but especially every other decade (2015, 1995, 1975, 1955) produced outsized large returns.
The stock market is about to enter a seasonally volatile period. This one only occurs once per decade. It’s basically the month of October in years ending in “7”, but it’s not that cut and dried, exactly. Let’s take a look below and see if today’s price action looks similar to the past.
2007 was the last bull market peak. Stocks rallied hard into the October high but the underpinnings looked awful. Participation was pathetic and leadership was very weak. We saw a very unusual Q4 decline unfold starting in October. Whereas Octobers have been called the bear market killer, in 2007, October killed the bull. 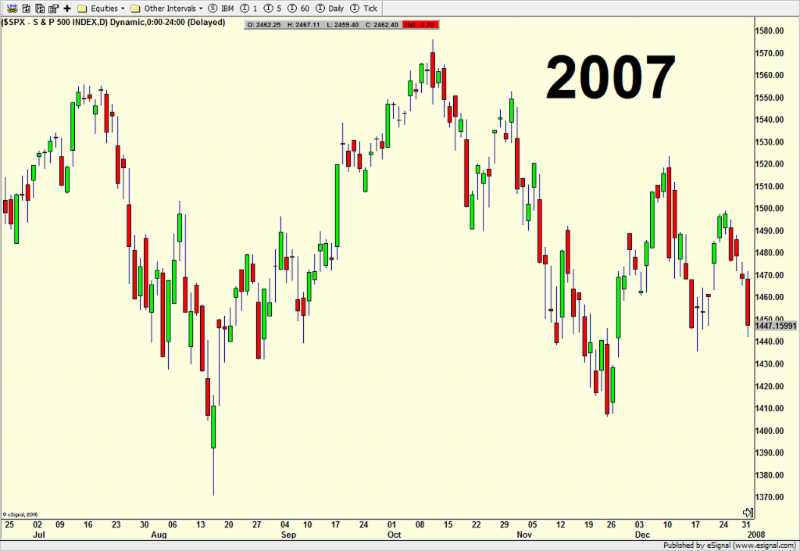 1997 is next and stocks were making fresh all-time highs right into the beginning of October. Then the emerging markets currency crisis hit and stocks saw the single largest one day point decline in history. From there, the bull market reasserted itself and new highs were quickly seen. This does have similarities to today. 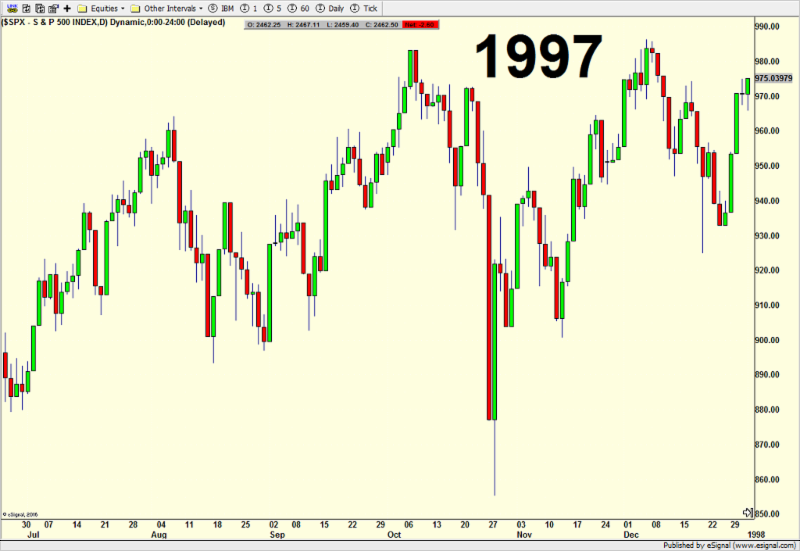 1987 is below and I don’t have to tell anyone what happened in October of that year! Stocks had already peaked in August, followed by a 10% correction into September. After a feeble bounce into early October, the bottom literally fell out. Calls of a new Great Depression were everywhere after the single largest one day percentage decline in history. 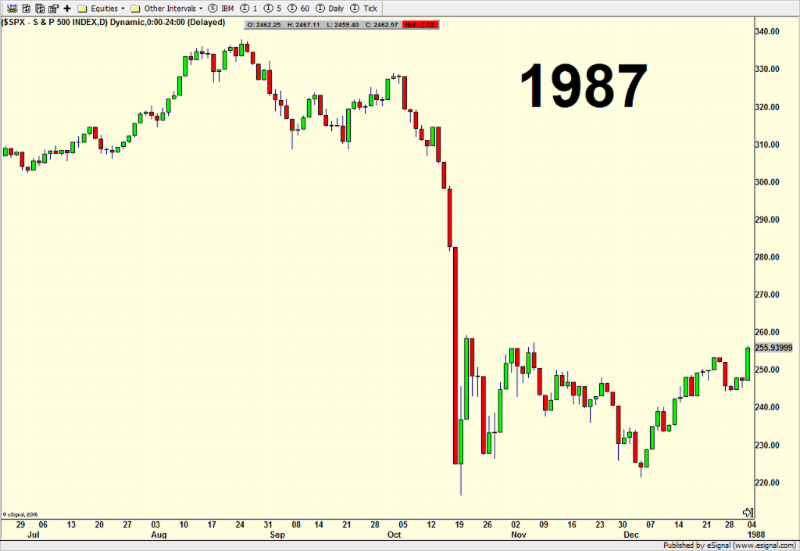 1977 is next. The one year bear market was getting long in the tooth. October saw a downside acceleration straight to the ultimate bottom. A bear market killer. 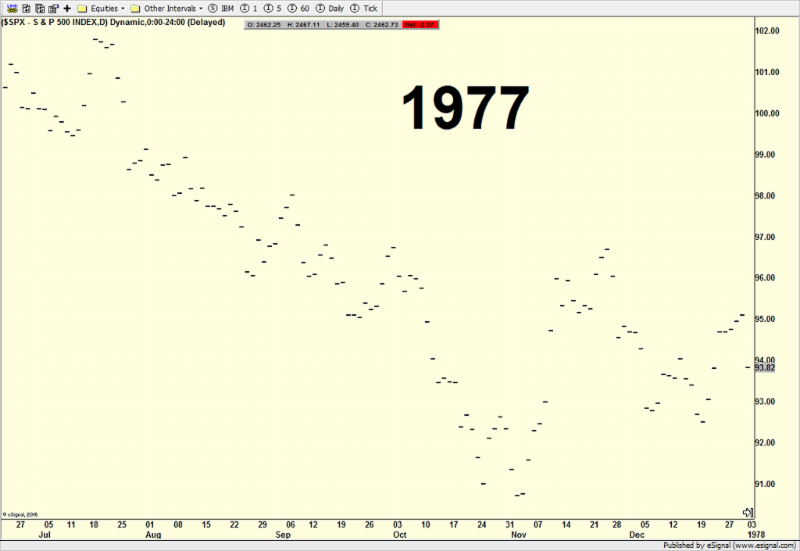 Here is 1967 and you can see that stocks peaked in early October and promptly lost more than 10%. This also has similarities to today. 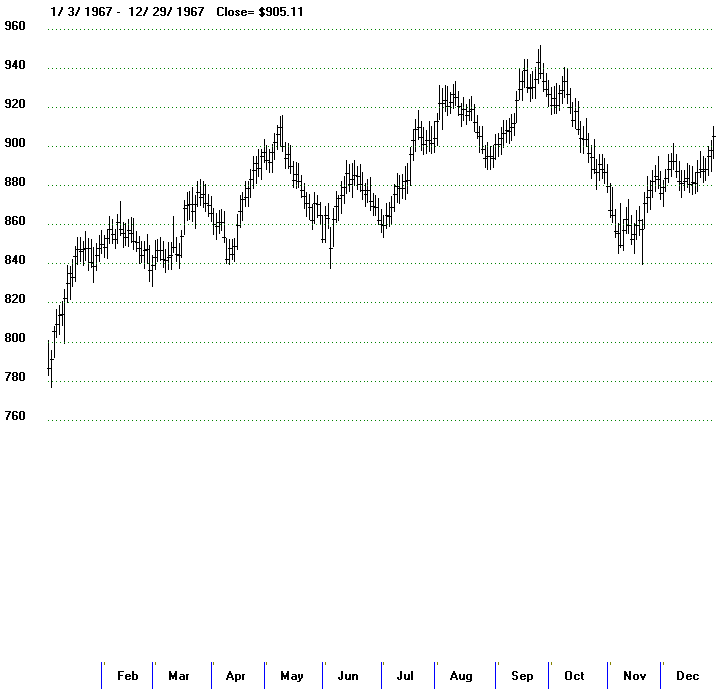 Finally, 1957 is below and like 1977, stocks were already in decline. They accelerated lower in October to the bottom later that month. Another bear market killer. 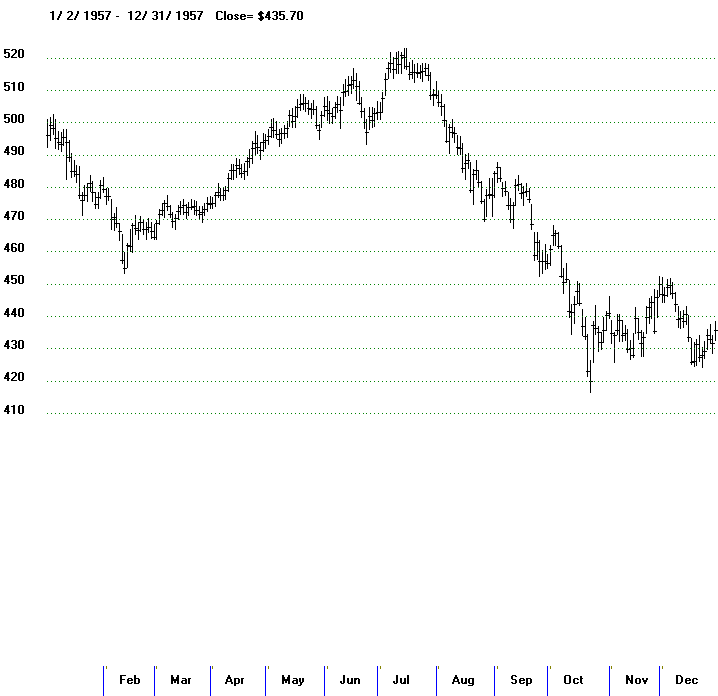 Adding 1947, 1937, 1927, 1917 and 1907 wouldn’t change any of the results. ’47 was somewhat muted. ’37 saw the continuation and acceleration of the decline to a bottom. ’27 had a modest decline in an ongoing bull market. Both ’17 and ’07 looked very similar, seeing the continuation and acceleration of ongoing declines.
Octobers in years ending in 7 have had unique behavioral patterns to the downside. It seems like markets that are already in decline see the worst selling in October while stronger markets, like today, see more muted declines. It’s something we definitely need to be aware of with North Korea percolating.