Broad Participation in the Rally

I want to thank those of you who attended our webinar on Monday night where I reviewed Q3 performance and events as well as offered a sneak peak into Q4 and the election. I am in the process of scheduling a webinar based solely on the election and its market impact.

The bulls finally took a breather on Tuesday after a solid run, even in the face of seasonal tailwinds. I still do not get the feeling they are done just yet. One of my favorite canaries in the coal mine is below. That is the NYSE Advance/Decline Line which essentially measures participation in rallies and declines. For those not familiar, I like to look at it when either the line is making new highs or new lows or the S&P 500 is making new highs or lows. 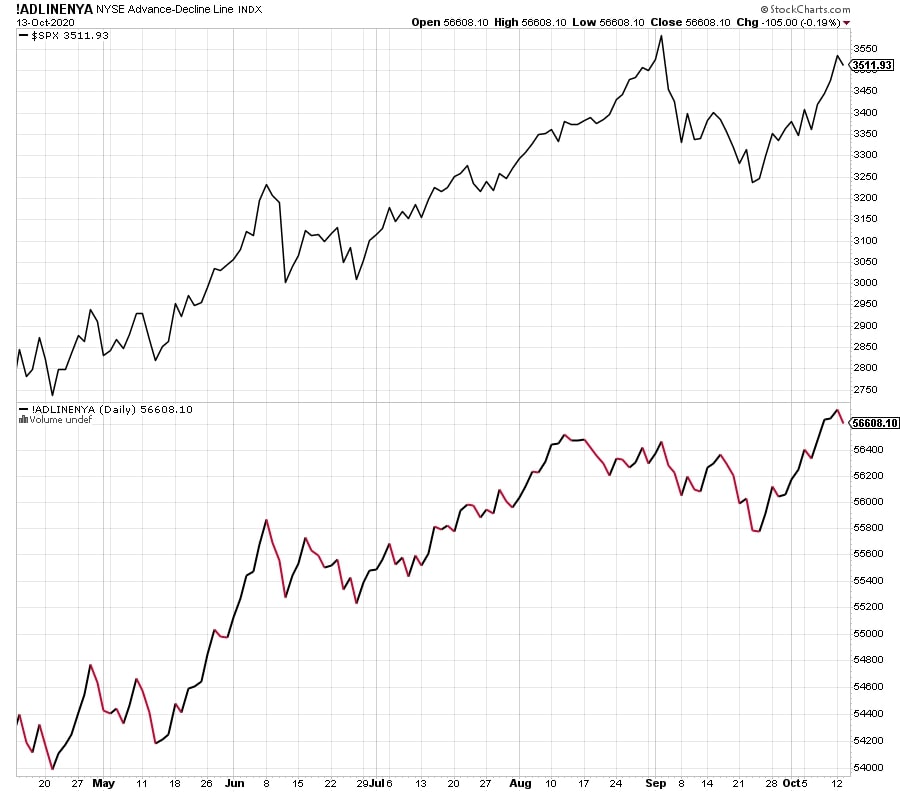 As you can see in the lower chart, the NYSE A/D Line made fresh new highs this week while the S&P 500 remains below its high. Historically, this behavior has led the S&P 500 to play catch and eventually see new highs. I think that plays out now. It’s also worth noting that the NYSE A/D Line at new highs usually insulates the stock market from large declines. It’s not a guarantee, but it has been tried and true.