Because of the holiday-shortened week last week, I wasn’t planning on a Thursday update, but I quickly cobbled one together. In my haste, I did not wish everyone celebrating, a Happy Passover and Easter. I hope yours was meaningful if you observed. Going without gluten for 8 days doesn’t make Passover a favorite. However, as I do every year, I ate pizza and/or pasta at least once a day for 7 days leading up to the holiday so I would hopefully be a little sick of it by the time Passover began. No luck. I am fatter, but still crave it.

Anytime there is a correction in the financial markets, I often remind investors that it is the perfect time to revisit their risk tolerance. 32 years in the business, I have seen way too many folks seek a more aggressive posture than they really want or need because the markets were in a strong uptrend and “everyone” seems to be making money. When markets pivot lower, some people are either unprepared or surprised by the downside.

What we saw in Q1 was very typical and normal for a correction. The only unusual thing was that both stocks and bonds declined together. Usually, bonds act as a sort of “safe haven” during stock market declines. This time, they were one of the causes of the decline in stocks. Investors learned that bonds can and will decline sharply when long-term interest rates rise. It was an ATM machine for 40 years and that machine has now run out of cash.

Please use the Q1 decline in stocks and bonds to reaffirm your ability to accept the risk in your portfolio. If you were too uncomfortable, lost sleep or felt yourself glued to financial TV or your phone for the latest market moves, that’s not healthy!

The stock market fell moderately on Monday, Tuesday and Thursday, managing only a single bounce on Wednesday. While a good number of indicators favor the bulls, price is always the final arbiter and that has not yet confirmed a stemming of the tide. If my favored scenario continues to be the most plausible then the bulls are going to step up this week and not let the decline go too much farther down.

That won’t be the easiest task as the semis continue to look like death and make new lows. However, both the banks and transports appear to making a stand and discretionary has hung in. High yield bonds have been a different story and they are in sore needs of some TLC. Speaking of bonds, they made new lows on Thursday and are getting to the point where they are so bad, it’s actually good. I have been wrong about the magnitude of their decline, but not the window for the bottom which is April/May.

Today is tax day. I know. I know. No one is really happy except for the IRS and CPAs. Don’t forget that it is the absolute last day to contribute to your IRA, SEP, ROTH and HSA plans.  On the investment side tax day has been seasonally bullish along with the day after. However, 1% declines heading into a holiday weekend, like we saw on Thursday, usually see follow through to begin the week.

Finally, I am scheduled to join the good folks at Yahoo Finance this afternoon around 3pm, something I always look forward to. I hope they ask me about my favorite sectors. We own and I still see higher prices for REITs and biotech which are below. They couldn’t be more different. 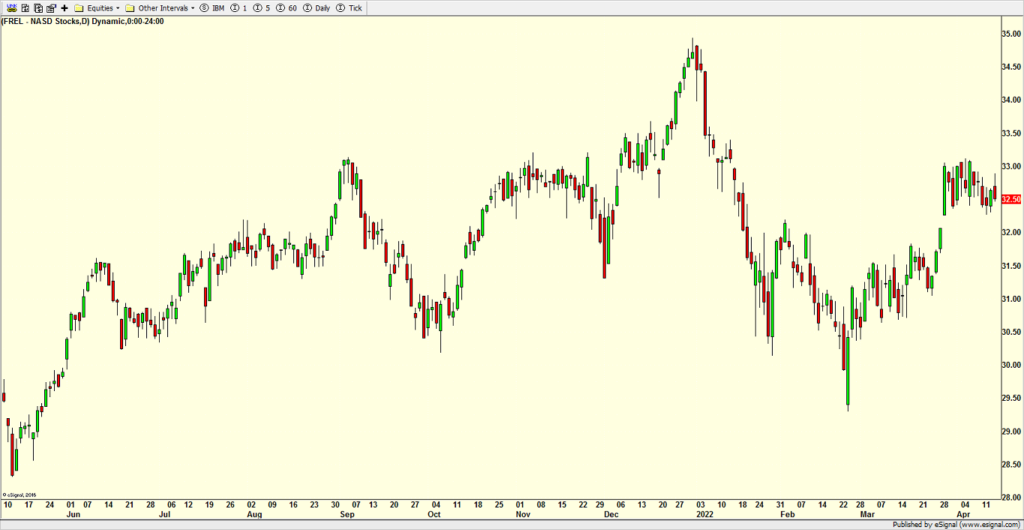 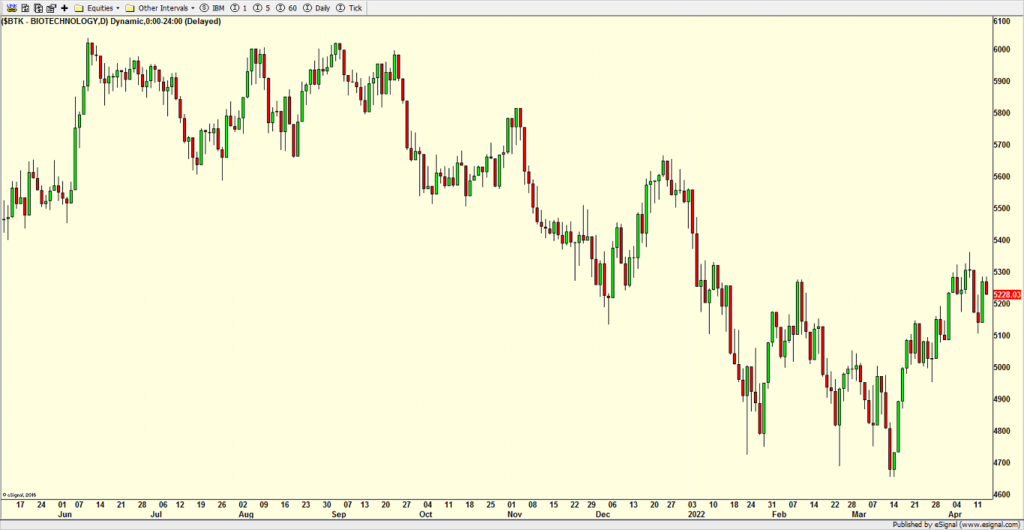 The former is becoming a bit too over-liked and over-owned. However, the latter has been decimated. I know that all too well because we have owned it for a while.

The sentiment regarding Cathie Wood of the ARK ETFs has become so extreme, so reviled that it’s basically a cocktail party punchline. My Twitter feed is a continuous stream of hatred and attacks for Wood’s investing style and forecasts. It’s so much so that I think all of or the vast majority of the price damage has already been done. Remember, this is a company and woman that was heralded year after year for her prowess and has now been not only thrown to the curb, but run over several times. For full disclosure, we own the ARKK ETF now.

On Thursday we bought levered NDX. We sold levered inverse S&P 500, TQQQ, some SOXL and some QQQ.

And finally, for my fellow Yankees commiserators, the team is exactly as advertised. They were flawed last year and they are flawed right now. Everyone knows the definition of insanity and that’s what we have.