Bulls Come Back Hungry While A Popular Analog Fails

I received a number of emails and calls that my tone has become negative, too negative by some estimations. That’s fine. I am usually accused of being too positive or permanently bullish. I just call them like I see them and try not to stay wrong for too long. While the bears won last week’s battle, the bulls look like they want to bounce back hard as the new week begins. Certainly, the bulls are due for at least a two-day reprieve into the Fed announcement on Wednesday. If by some chance the bulls fail this week and prices close below last week’s low, run for cover and look out below. That would be a really bad sign, but not a scenario that is likely.

Now and then I like to share different market analogs. They are fun to watch, but they always end up breaking down at some point in time. As you know I have been frequently mentioning the 2009 analog in the S&P 500 and NASDAQ 100. We will see shortly if that is still valid.

Below is an example of a failed analog by Ned Davis & Company, the venerable independent research firm. I never gave this analog any credibility nor chance of playing out when it was shared several months ago. Like the others that tried comparing 2020 to 1929, I thought they were all preposterous, just like the ones that compared 1987 to 1929.

All price matches are not created equal. If you search hard enough, you can line up things perfectly that have absolutely nothing in common. I remember someone matching up the mating patterns of some far flung animal with the stock market and drawing all these conclusions. As always, buyer beware! 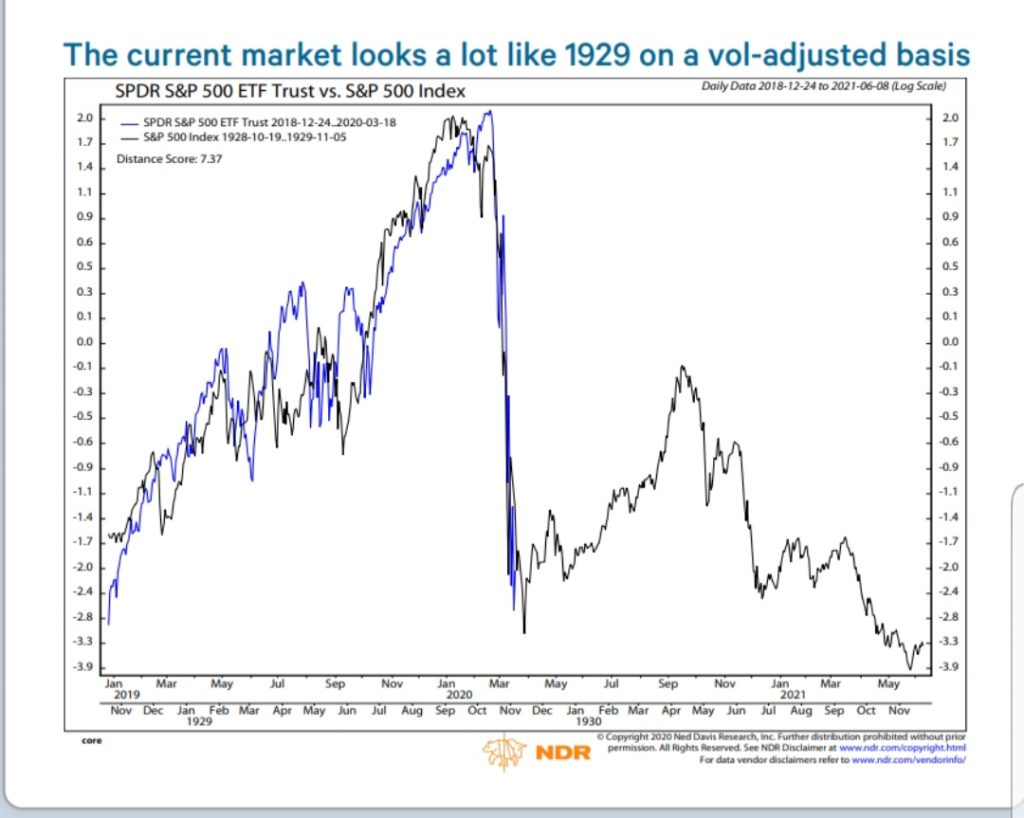