Buy When The Bullets Fly

Never been known to mince words nor waffle, here is my segment from Friday with the good folks at Yahoo Finance on what’s going on and what to expect.

Market ‘is all about the Fed,’ not geopolitics

Markets return from a nice and long holiday weekend with tremendous pre-market volatility. As I watched the action on Sunday night, Monday and Monday evening I was a bit surprised by the massive swings. I can’t believe traders are moving big money around by the latest tweet, but hey, they did that when Trump was president so I guess it should not be a shock. It is crazy, however.

There is an old adage about selling diplomacy and buying when the bullets start flying. I haven’t tested it, but it did work very well in 2003 as well as 1991. When geopolitics are impacting markets, I tell investors they should make sure they love what they own and use any rally to prune the garbage. Sometimes, I don’t take my own advice and that bites me in the rear end.

I wrote much about what’s going on in with Russia last week as well as the video I did. You can scroll down to the three blogs from last week if you want to read. The bottom line remains that I do not believe the Ukraine situation is a big market event. This is absolutely not Iraq invading Kuwait in 1990. Regardless of what Russia does or does not do, U.S. GDP growth will not be impacted and neither will earnings growth. I don’t even think the Fed will pause their hike on March 16 unless markets completely unravel.

Yes, there could be enormous loss of life and a humanitarian crisis. That would be tragic. But I sense many of the pundits have this dead wrong. I watched Meet The Press and Face The Nation over the weekend and I was shocked that none of the “experts” did their homework and thought that anything other than a full and total invasion was possible. Just like I was no virologist nor epidemiologist during the pandemic, I am certainly no geopolitical expert, but I read enough to see that many scenarios remain at play.

Eastern Ukraine is mostly Russian. It is entirely possible that Putin could annex territory that is ethnically Russian, like Crimea, and stop. It’s not a guarantee that he goes straight to the Polish border. The worst thing for the markets is this status quo period of uncertainty. Markets hate that more than anything.

As I have been saying and writing since Q4 last year, I think this is a Q1 decline and it should wrap up by the time the Fed executes their first interest rate hike on March 16. The magnitude may have been greater than I first thought, but the direction and path has been spot on. This is not 2008 and it’s not even 1990 with Iraq. This decline looks more like Q1 2018, 2015 or 1994 when the Fed was beginning to be aggressive.

Check out the charts of each below. 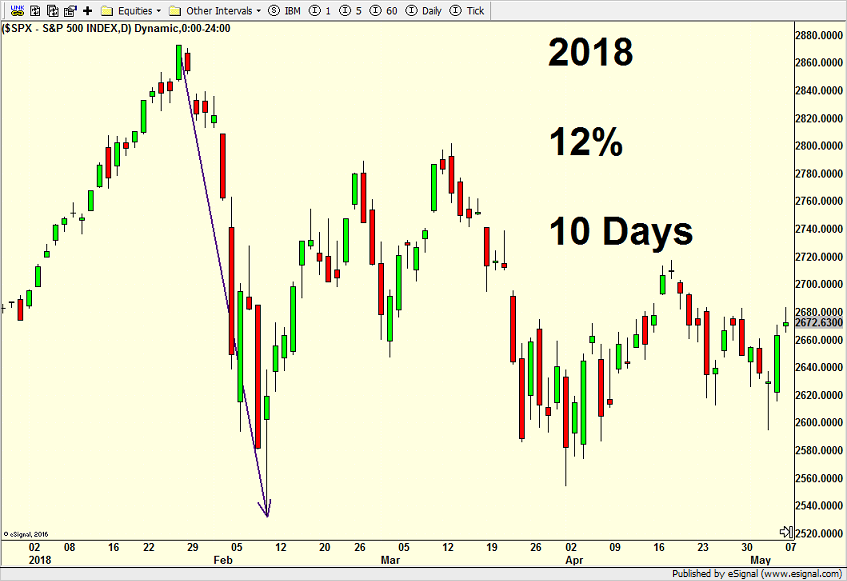 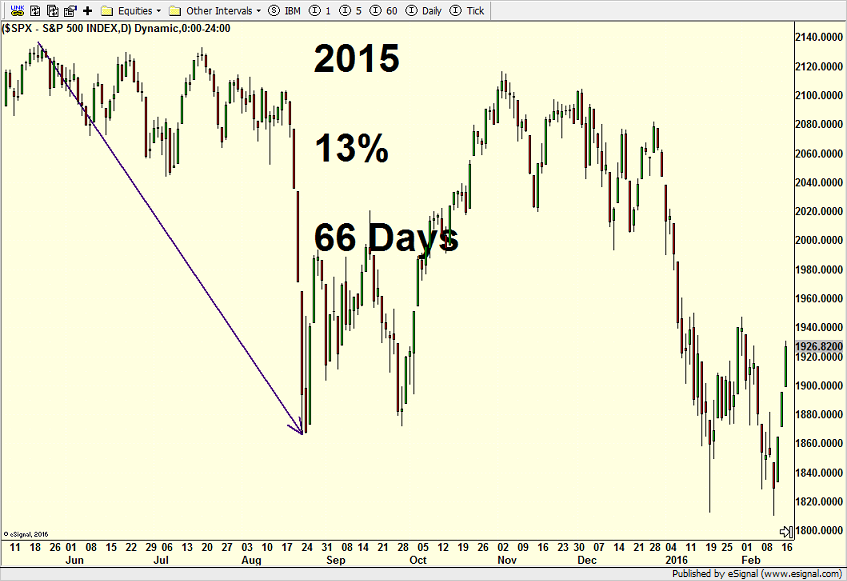 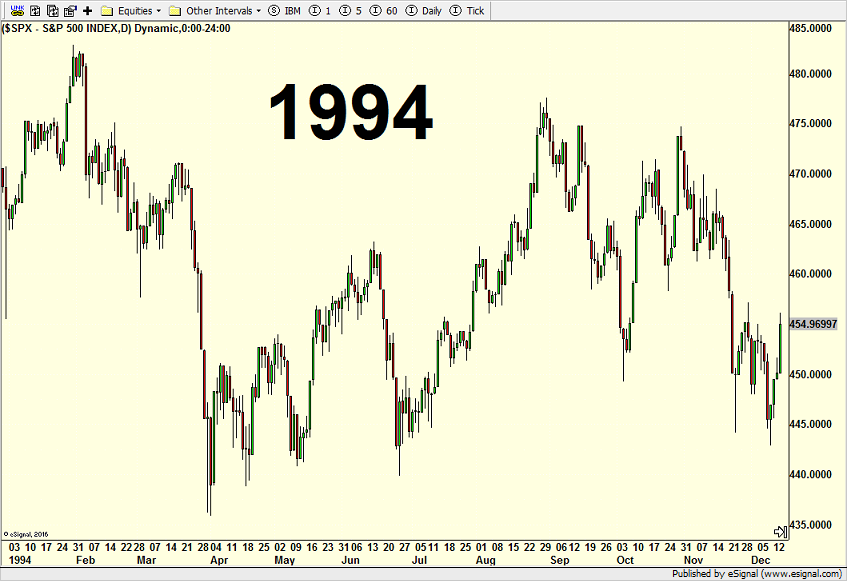 Remember, I have repeatedly said 2022 was going to be a sloppy year. In the simplest of terms, Q1 down, Q2 up, Q3 down, Q4 up. The Fed blinks later in the year. 1994, 2015 and 2018 were certainly sloppy. The bulls were tough to thrown in the towel which is why these years and 2022 so far have been difficult. I do expect a final woosh lower like we saw on January 24th to clean this Q1 mess up. The bulls keep fighting valiantly, but eventually they are going to give up. In the very short-term, we could see a bounce develop sometime on Monday or Tuesday morning.

On Friday, we added exposure in a levered small cap fund as well as in the NDX. Hard to find new opps right here, but also not willing to do additional selling into a vacuum.