Canaries in the Coal Mine Part I – Indices

Canaries in the coal mine is always a vitally important issue for me to write as it speaks to the long-term, especially when it comes to the risk of a bear market. In 2018, since stocks corrected 12% in February, I have boldly, firmly and confidently stated on CNBC, on Fox Business, on Yahoo Finance, on all local stations in CT and almost every week on the blog that the bull market which began in March 2009 remains alive and well, albeit somewhat old and wrinkly. Stocks would recover from Dow 23,500 and head to 27,000 in Q3 with 30,000 not out of the question this year.
https://www.cnbc.com/video/2018/02/08/dow-plunges-over-600-points.html?play=1
https://www.cnbc.com/video/2018/04/02/weve-got-more-downside-before-we-hit-all-time-highs-says-expert.html?play=1

While pundit after pundit offered very differing opinions, sometimes challenging my “perma bull” stance, I refused to cede any ground. Bull markets have never, ever ended with the behavior seen at the last all-time high on January 26, 2018. Of course, I could be wrong, a precedent set and have egg and losses all over my face. However, the odds would say that is a long shot.

As an aside, I always chuckle when people label me “perma bull” or “perma bear”. If anything, I am a perma opportunist, using the data at hand to guide me. For years, one of my friend’s fathers who sells financial and insurance products for Ameriprise would always tell me that I was too negative. He would tell me to just buy “good stuff” and don’t worry. That “good stuff” were those high flying Dotcom stocks and the years were 1999-2001.
Back to the canaries. For newer readers, this issue is only relevant and valuable to gauge whether a bull market is in jeopardy of ending. As such, prices must be at new highs or rolled over from new highs. Canaries say absolutely nothing 5%, 10%, 15% or even 20% bull market declines. This analysis will not be useful in forecasting those declines.
With all of that out of the way, let’s dive in. The canaries issue is full of charts so it will print a lot longer than any normal issue with a lot less text from me. The idea behind canaries in the coal mine is that bull markets do not die all at once. It’s a process. Canaries begin to die long before the public realizes that a bear market is coming, sometimes as long as 24 months in advance. It puts on warning and cautions us against taking on even more risk.
Let’s start with the five major stock market indices. At bull market peaks, we would not see all indices scoring new highs together. One, two or even three indices would fall short. Below, you can see that all five major indices scored all-time highs in sync in January. That is very strong behavior and absolutely not what you would normally see at the end of a bull market. 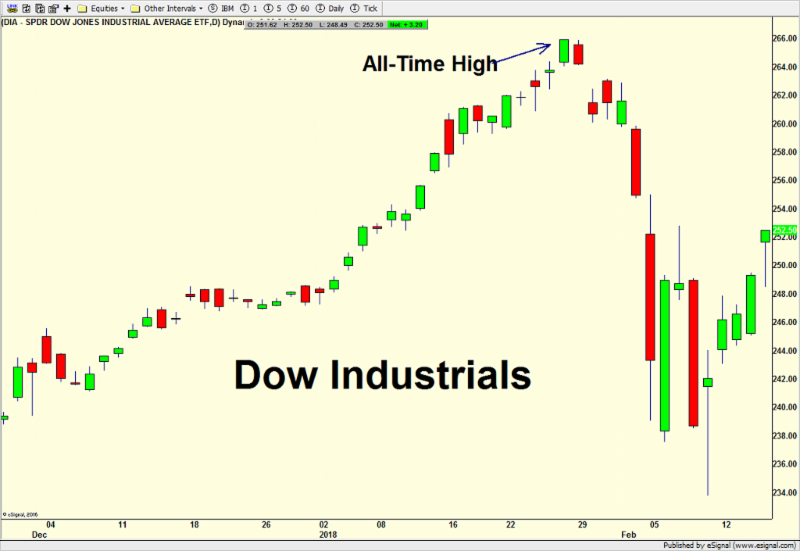 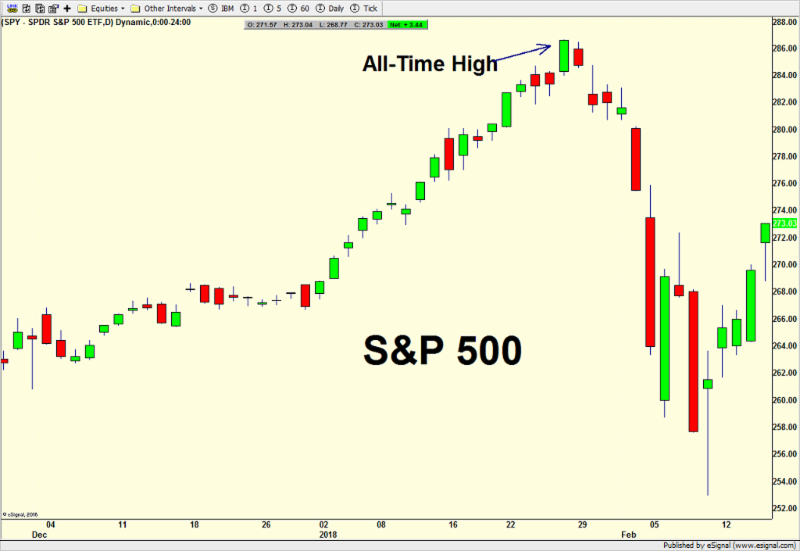 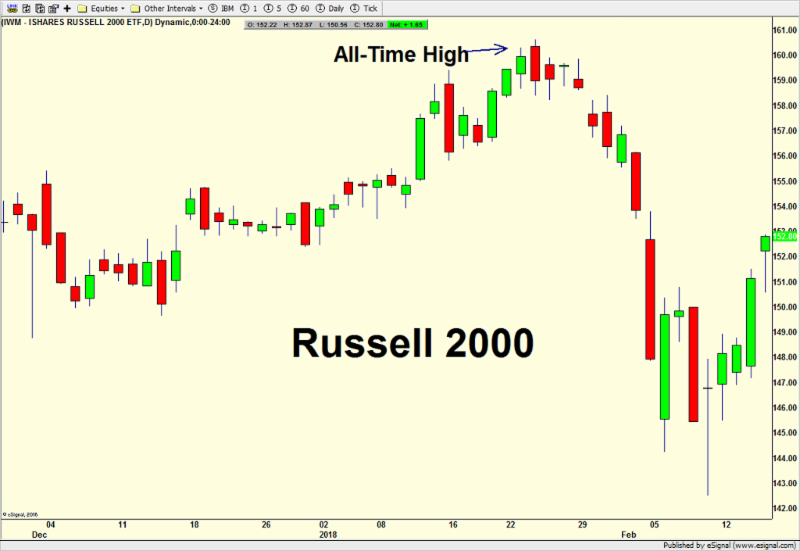 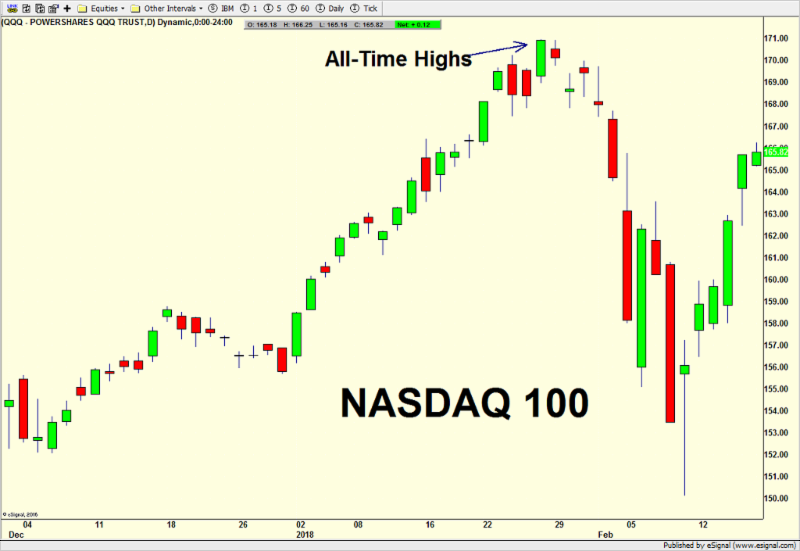