The bulls came out in force on Friday aided by what was considered to be dovish comments by some Fed members regarding future interest rates hikes. At least that’s what the media attributed the rally to. The reality is that the markets were already set up to rally, but just needed a spark to ignite the gas. Volume came in heavy, but let’s remember that it was the expiration of options where volume typically surges.

As I wrote last week, the battle lines are essentially drawn at the October highs and lows with the former most likely to be challenged. The S&P 500 and NASDAQ 100 have been the weaker indices while the Dow Industrials, S&P 400 and Russell 2000 have been the strongest. Below is the Dow and you can se that it’s already well above the October highs. You can also see at the most recent bottom the Dow did not breach its September 30th low while the weak indices did. 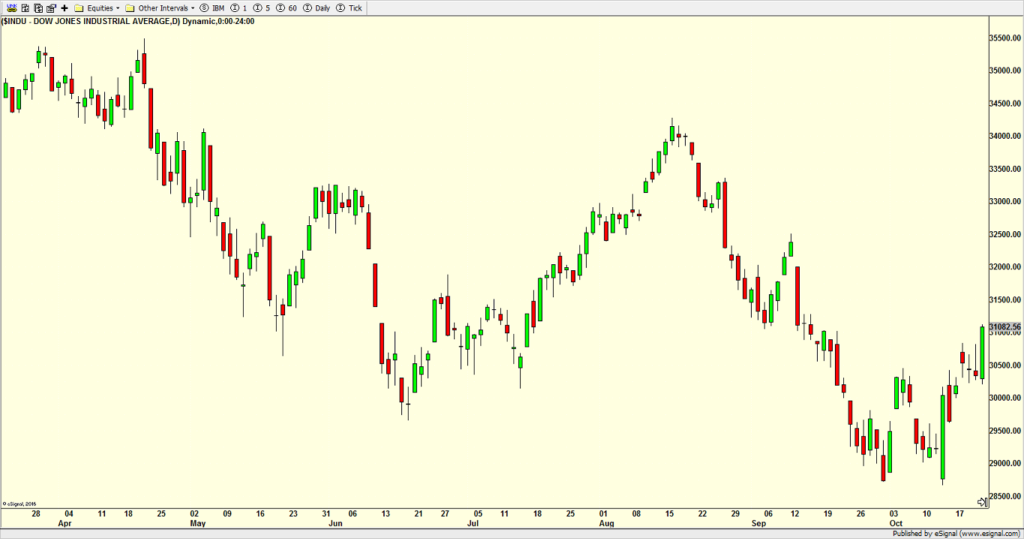 Let’s turn to the NASDAQ and the number of stocks making new 52 week lows. On the right side of the chart I drew a blue line to show that each successive lower low in price has been accompanied by less stocks making new lows. That indicates a loss of downside momentum and a positive divergence or non-confirmation. This kind of behavior is almost always seen at market bottoms. 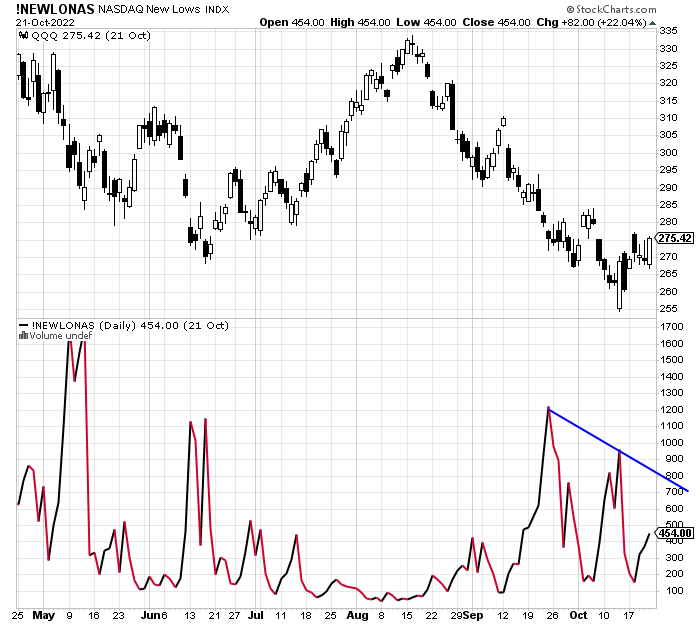 Remember, the markets will bottom (and they may have already) long before the Fed stops raising rates and even pivots. For months I have targeted Q4 and then October as the most likely place for the bear market to end. If the bear market ended, I do not expect stocks to just turn tail and return right back to new highs. There will be two steps up and one step back. In the end, markets usually do their best to confound the masses.

On Friday we bought CMI, RYPMX.