The short answer is yes. Epic greed and euphoria remain in the markets. Bitcoin may have mildly pulled back and Tesla hasn’t made a new high this week, but that won’t correct what is the single worst sentiment backdrop since the Dotcom Bubble.

However, unlike the Dotcom era, the stock market’s foundation remains fairly solid. Recall that when the Dotcom stocks soared, they were the only game in town. The vast majority of stocks peaked in May 1998. Today, the NYSE A/D Line is living in all-time high territory, meaning that there is broad participation in the rally as you can see below. The top chart is the stock market as measured by the S&P 500 and the lower chart is the NYSE A/D Line. While this doesn’t mean stocks cannot pull back ( a double negative?) it usually insulates them from anything more than a 10% or so decline. 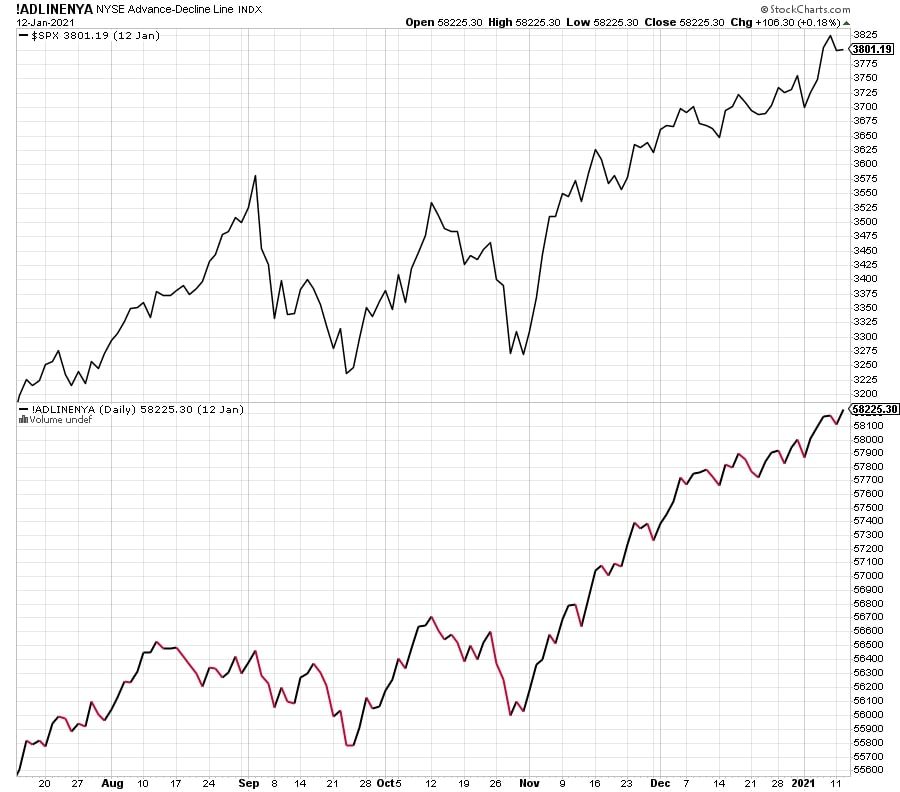 I keep writing about the market seeing at least a 4-8%, short, sharp decline in Q1. That’s still my forecast although it looks like the major indices are not done going up just yet. There should be another move to all-time highs sooner than later.