It certainly has been a wild few days and it’s not over. Between the Fed meeting, CPI report and today’s gargantuan expiration of futures and options, the markets have had an overwhelming amount of information to absorb. Volatility has been high. For December, it has been on the extreme side.

While I am sure it is different as most are, this has the feel of the early June selling wave with multiple days down and gap down weak openings. Look at the far right of the chart below and then scroll left to early June. 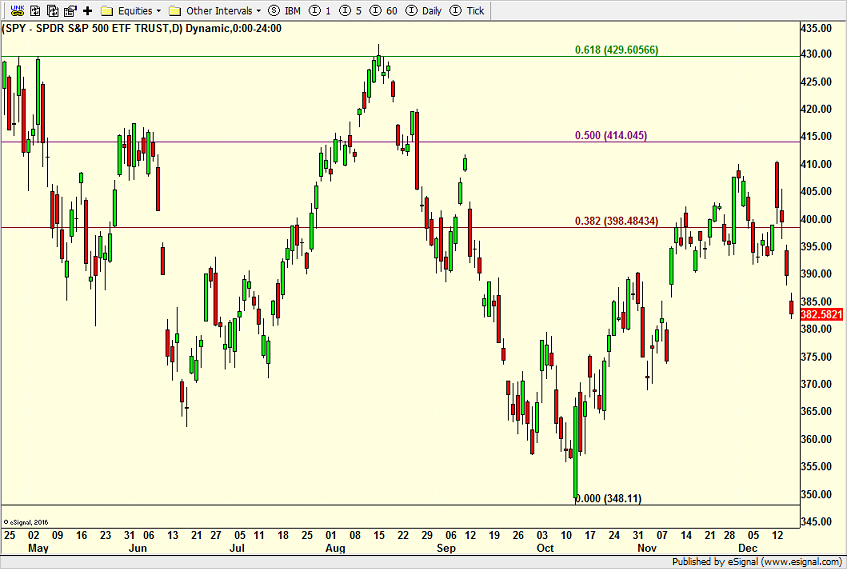 While June’s decline led to big summer rally, it was still in the context of a bear market. I have long argued that the October 13th bottom was either the end of the bear market or a low of significance. Both remain in play.

While the semis and transports are kinda, sorta hanging in, discretionary and banks are not. We’re just going to have to see how it all plays out. Seasonal factors favor a low being formed next week and a rally at least into January. That is what I am looking for until proven otherwise. Many of our strategies have stayed nimble although I was dead wrong over the past week, especially covering shorts and hedges way too early.

Finally, Mother Nature is delivering what looks to be a powerful winter storm in New England. Some forecasts call for 24-36 inches in Southern Vermont, precisely where we ski. I am not looking forward to the ride this afternoon and I will pack survival gear just in case. Yes, I know I am insane with my storm chasing for fresh powder. My wife has said for 23 years. But that’s who I am and the feeling of floating in feet of fresh snow is indescribable.