Heading to the Hamptons – No Recession There

For you golf fans out there, if you didn’t catch Nick Faldo’s retirement from a second successful career, it’s one for the ages. Watch here.

And so we start a new week with the dog days of summer still crushing New England and much of the country. I cannot get over how long we have had hazy, hot and humid days in CT. This isn’t the southeast where people are used to it. And if you’re keeping score at home, there are about 100 days until ski season. Friends always laugh (or swear at me) when I offer that stat when the summer weather is oppressive. Before long people will be bemoaning the bitter cold, wind and snow.

For a minute I forgot why I began this with weather talk although I have always had a keen interest in meteorology. With markets moving and volume spiking and troughing I was going to quip that I thought “everyone” was in the Hamptons this month, or at least supposed to be. That would exclude me for sure. Definitely not my scene. We were supposed to visit my buddy and his family in South Carolina (The Hamptons of the southeast) last week, but COVID hit his family so we canceled our trip.

Enough about the weather which along with the markets, I have zero control over. On Friday, the government reported 528,000 new jobs were created in July which finally recovered all jobs lost during the pandemic. The unemployment rate ticked down to 3.5%, the exact same as it was in February 2020. I was wrong about that, happily so. I did not see the unemployment rate falling back to those 50-year lows this cycle.

Below you can see an easy to read chart from the good folks at Yahoo Finance. which compares how quickly and from what depths previous job losses were recovered. Now, I do know that this isn’t exactly apples to apples, but it’s good enough. You can also see why the post-2008 recovery was called a “jobless recovery”. In any case, no matter how you slice it or qualify it, the employment market has now officially recovered from the pandemic.

My friend, Ryan Detrick, tweeted that the U.S. economy has created roughly 3.3 million jobs this year. There have been 17 other times like this. Not once did the U.S. fall into recession that same year and only once in the following year. That was 1973. Draw your own conclusions. 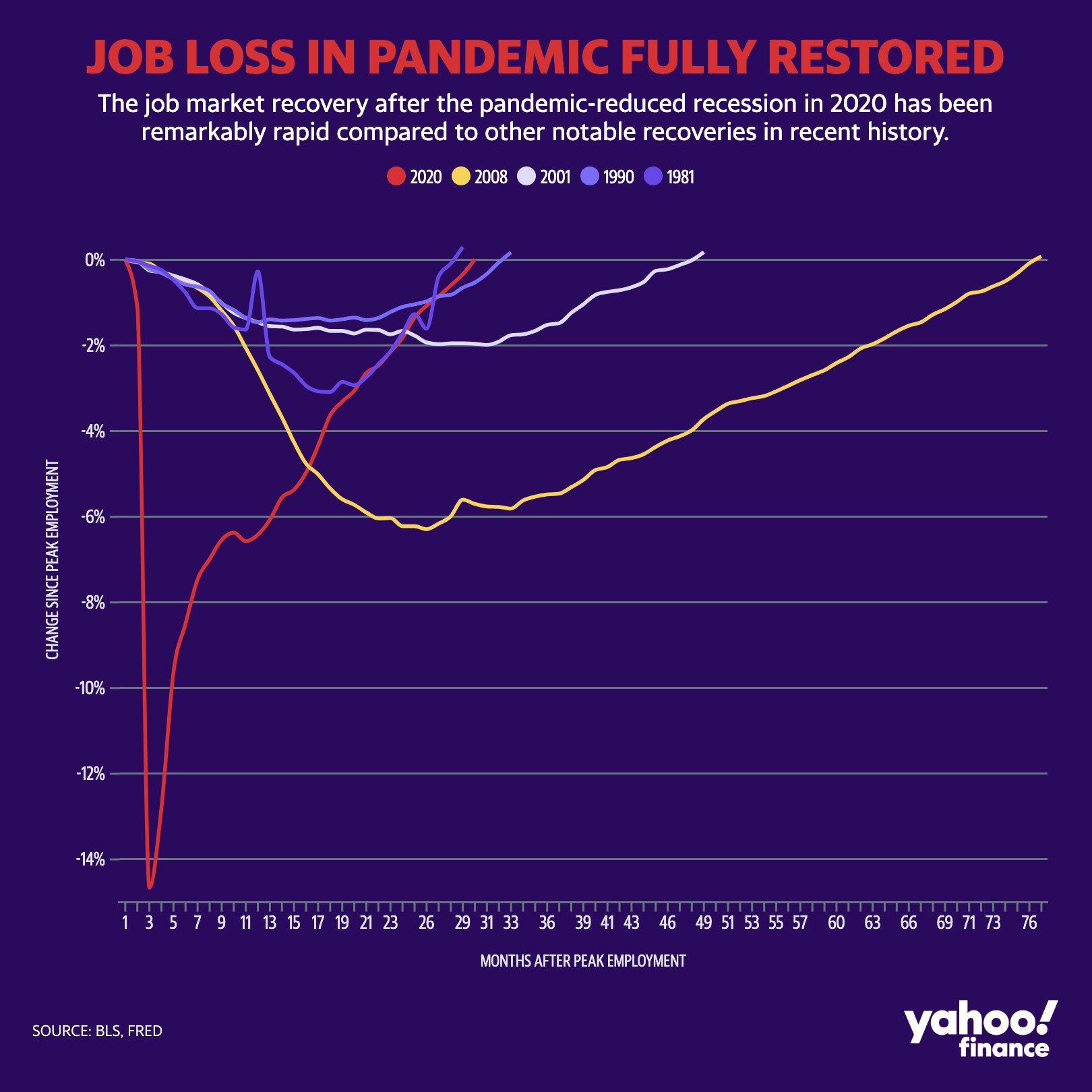 Wages continued to grow an outsized 5.2% year over year which is amazing on the surface. The problem as we all know is that with inflation at 9%, real wages fell by 4%. That’s not good and continues to explain why Americans are generally unhappy with the direction of the country. We know that certain parts of inflation were caused internally and governmentally while others were part of the global issue.

Over the past few weeks and months I have staunchly argued that the U.S. was absolutely not in recession. None of my readers should be surprised to read that again. I did multiple blog posts and videos and engaged in countless Twitter battles, mostly with anonymous cowards who turned economics into a partisan debate.

Now, recession may be coming later this year. It may come in 2023. It could come in 2024. We know about the inverted yield curve which disincentivizes banks to lend money. But the data do not support recession in the here and now. And that’s what we go by. If and when the data change, I will change.

Turning quickly to the markets, I have been watching to see how stocks react when the various major indices approach or exceed their early June peaks. We saw the NASDAQ 100 blow right through those levels as you can see below. The Russell 2000 should give it a try this morning with the S&P 500, S&P 400 and Dow not too far behind.

The most beaten down continue to bounce the hardest as the rally so far has been disavowed and unloved. Too many people are focused on yesterday’s news and not what lies ahead. I sense those people may start to invest in the coming days and week, likely at the precise time when a pullback begins. 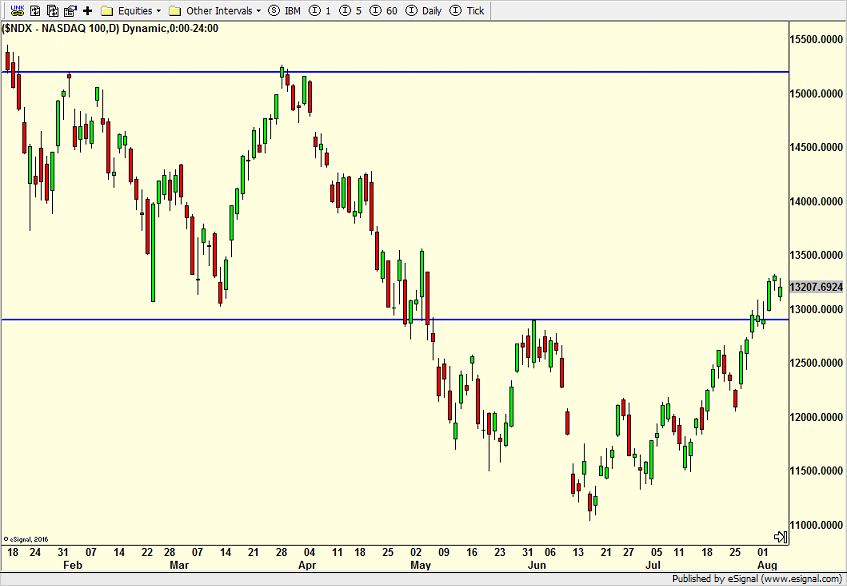