It has a been long while since I last updated the Canaries in the Coal Mine, a semi-regular piece which has a very long-term focus on the health of the bull market. The analysis is only relevant at or near new bull market highs as I look for divergences in the major stock market indices, sectors and two other indicators. While helpful, it does not insulate bull markets from corrections; it just says that the final high hasn’t been made yet.

Let’s begin with the five major stock market indices. We are looking for warning signs that new highs are not being made by the majority. It is okay that they all don’t have the same behavioral pattern, but we want to see them march in the same direction.

The Dow is first and you can see the last all-time high was made in early March of 2017. 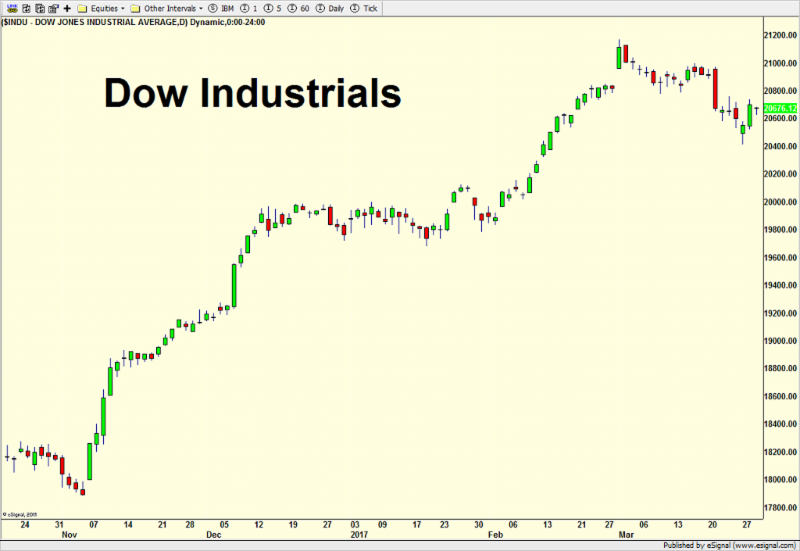 The S&P 500 (large cap) is next and it pretty much mirrors the Dow with its last high in March. 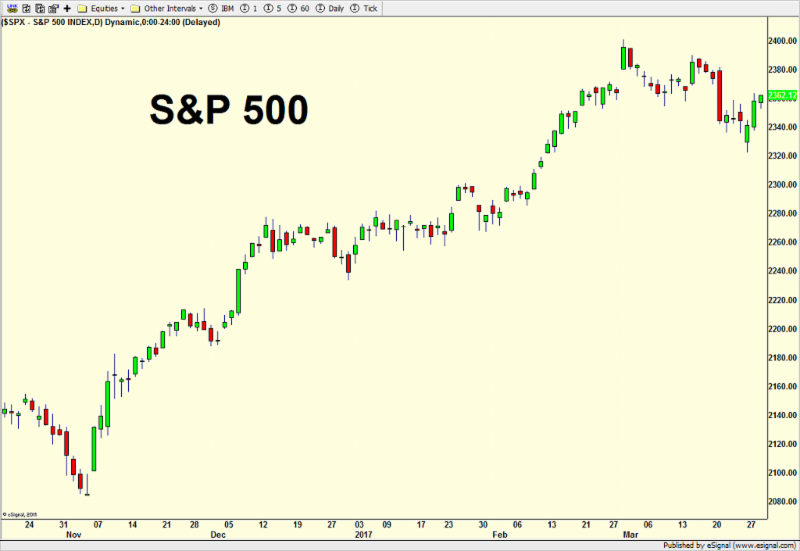 The S&P 400 (mid cap) is below and just like the previous two indices, the early March peak was seen. 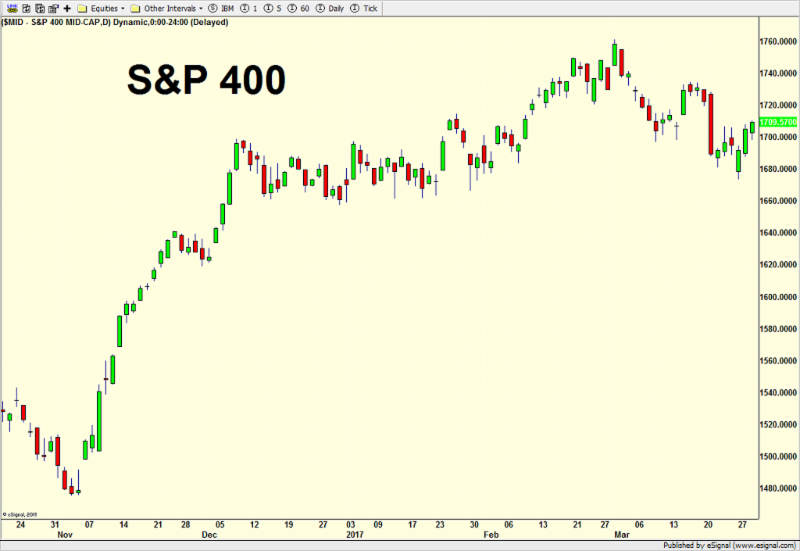 The Russell 2000 (small Cap) is below and while it looks a bit weaker than the first few indices, its last high was in line, early March. 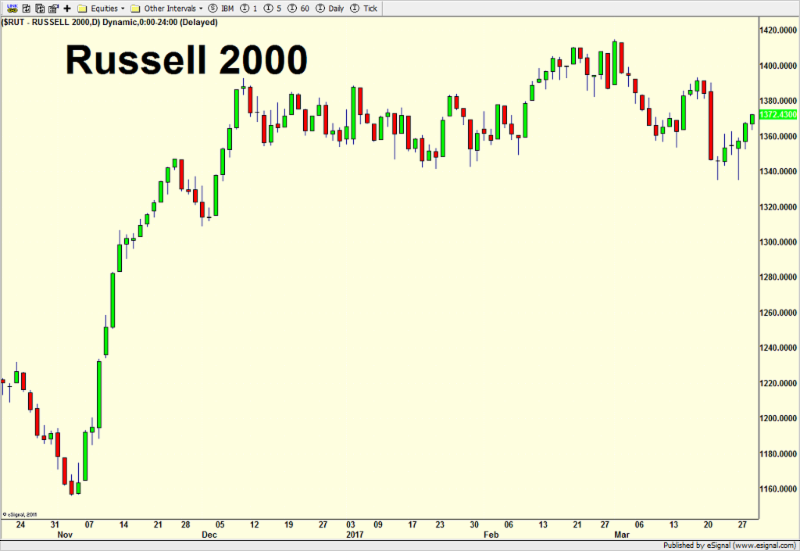 Finally, the NASDAQ 100 (tech) shows a much stronger pattern, having just made its all-time high. That’s not a warning sign as we have the lone outlier being stronger than the rest, not weaker. 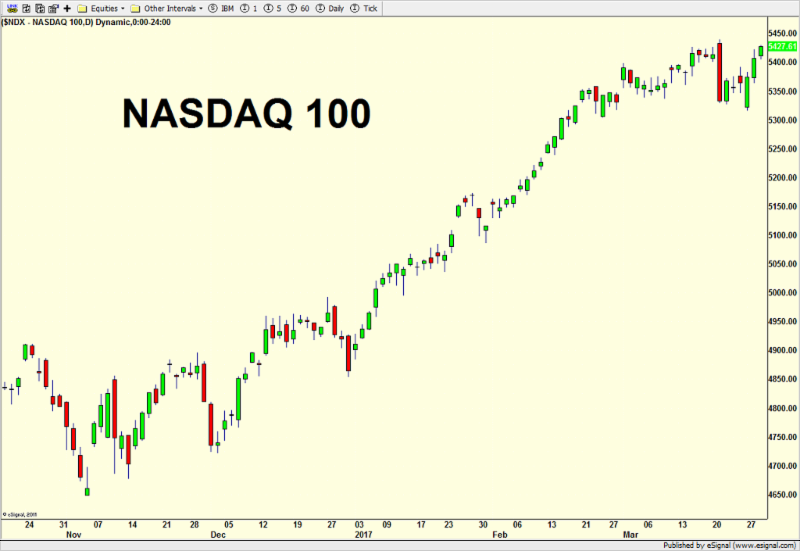 The canaries are definitely all alive and healthy in the major stock market indices.