As you know, inflation soared in May coming in at the highest level, 5%,  since August 2008. The core rate which removes food and energy because they are so volatile was 3.8% which is the highest since 1992. On the surface that is really hot and very worrisome. But my readers already knew this was coming as I began discussing it 10 months ago. Some of our portfolios introduced commodities in the middle of last year while others added my big theme sectors of industrials, materials, financials and energy along the way.

So, with strong inflation that is the mortal enemy of bonds, why did the bond market barely budge on Thursday?

We can see the chart of the 10-Year Treasury below. In late March it peaked above 1.75% and has been trending lower ever since. On the far right of the chart you can see Thursday’s action which sent yields even lower below 1.46%. On the surface it seems like as inflation has spiked, bond yields have declined, very counterintuitively. 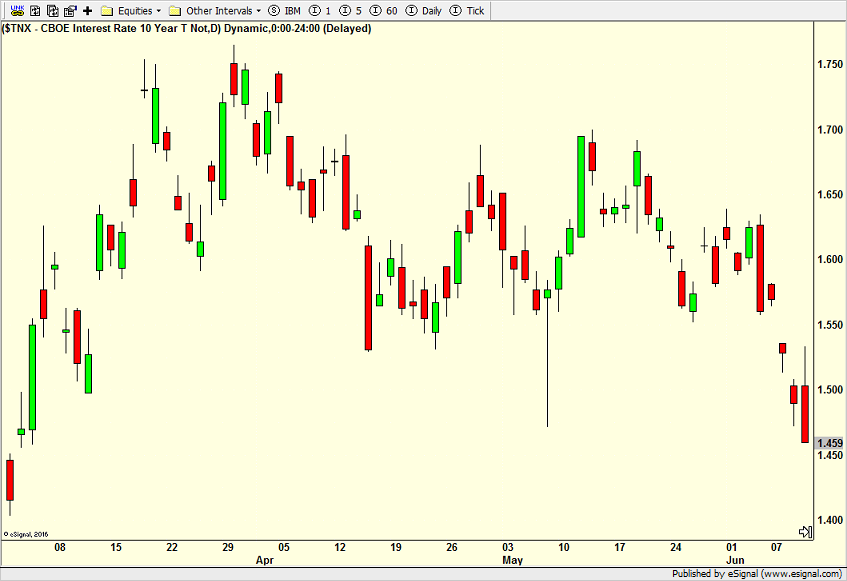 Let’s zoom out since the Covid Crash and see how bond yields have behaved. From 0.40% last March and 0.50% last August, they soared straight up until March, anticipating much higher inflation. That is factual and inarguable.

It’s what happened next that is up for debate. 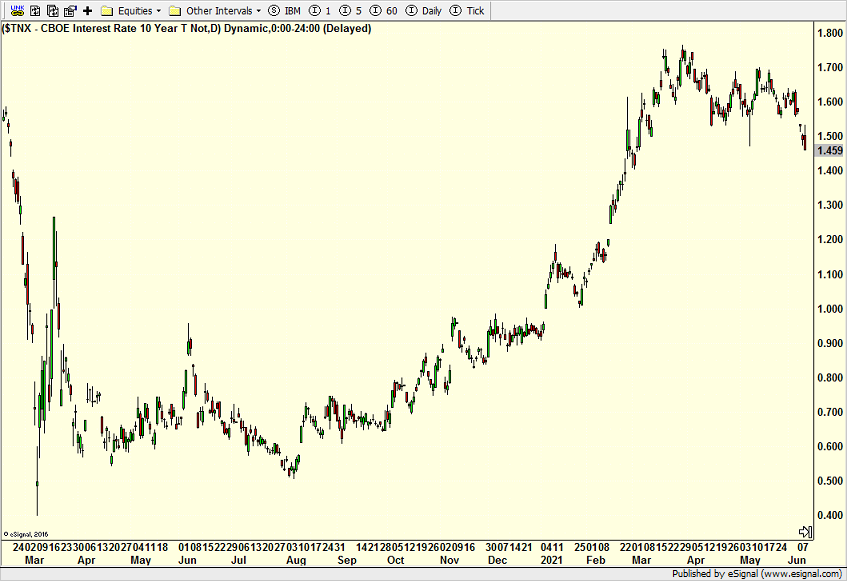 Since the end of March bond yields have come down significantly in the face of widespread attention and concern about inflation. My thesis is that the April and May “hot” reports were already priced into the market, much to the delight of Janet Yellen and Jay Powell who look brilliant so far in their forecast that this is just temporary. Second, it looks like the market is pricing in no worse inflation than we just saw going forward a few months.

There has been lots of chatter about mega cap tech and FAAMG retaking its leadership role again. While I am less negative about the group than I have been all year, I am not ready to proclaim that investors should go all in or even close. Facebook and Google are at or near new highs. Microsoft is close. Apple and Amazon remain mired in a range. Parts of the tech sector look more appealing than others and if action dictates, I will discuss further next week from land of heat and humidity in South Florida!