If any sub-sector should be impacted by disasters, you would think it would be the insurance group. Similar to what I did above, let’s look at how the Dow Jones Insurance Index behaved around the events.

Sandy is first and you can see that it was already pulling back when Sandy hit and continued to weaken for two more weeks before blasting off to the upside. This was basically in line with how the stock market did although a little earlier. 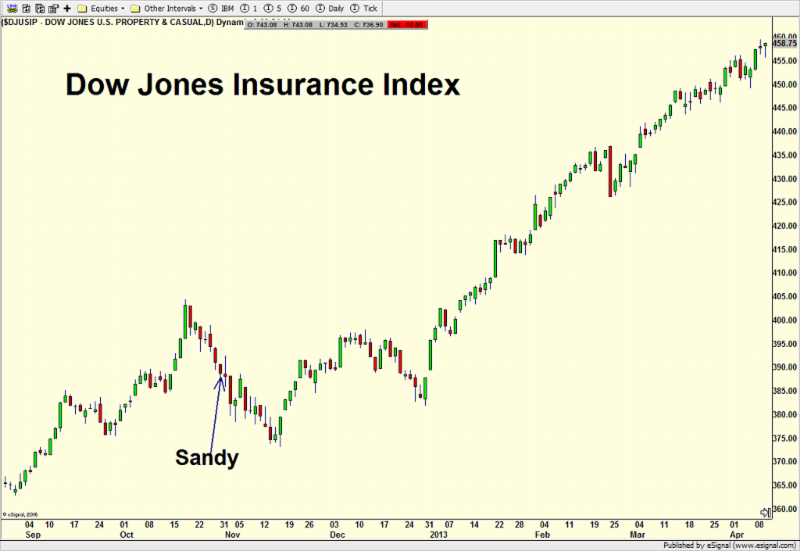 Reaction to Katrina was surprisingly strong as the sector did not have much downside immediately following although the S&P 500 was much stronger. And when the S&P 500 declined into October to new lows, the insurance group made a higher low, indicating possible future leadership which came to fruition through November. 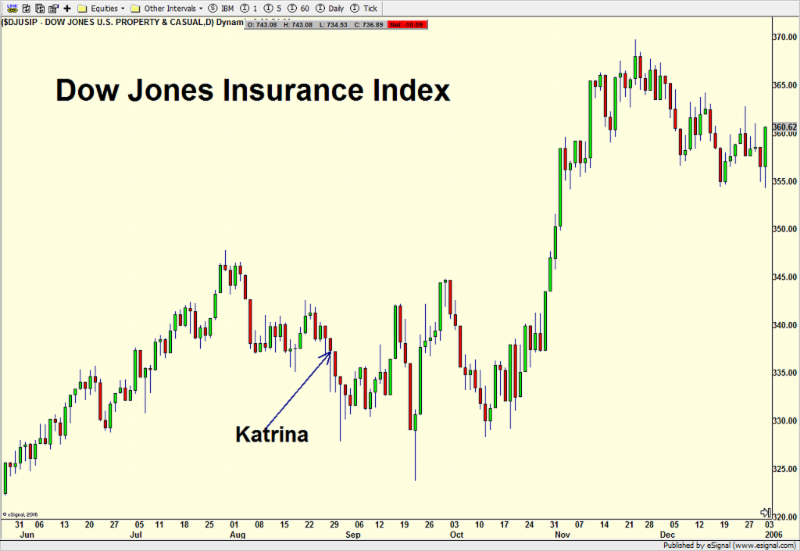 Northridge is next and I had to use the stock of Allstate as my data on the insurance index did not go back far enough. While the S&P 500 rallied and then declined, Allstate was literally straight down for several months with barely an intervening rally. 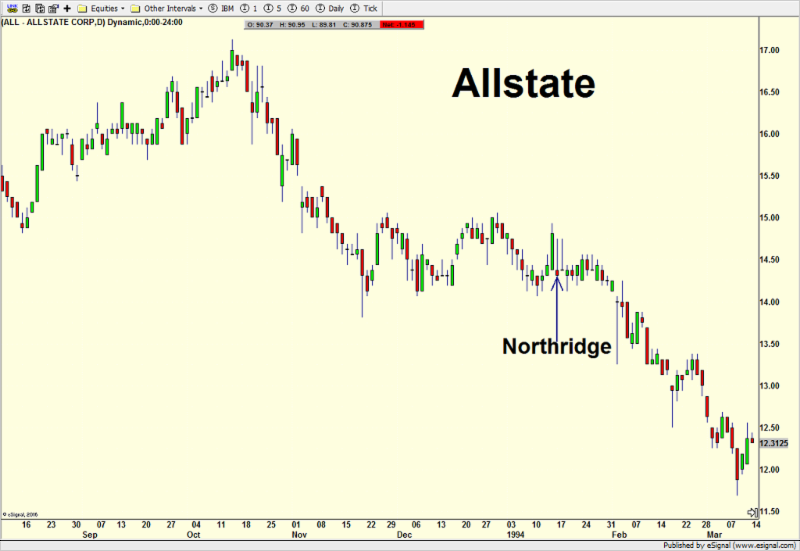 With Andrew, I used the stock of Travelers since Allstate wasn’t public yet. Similar to the S&P 500, Travelers rallied a little and then declined although it wasn’t perfect. 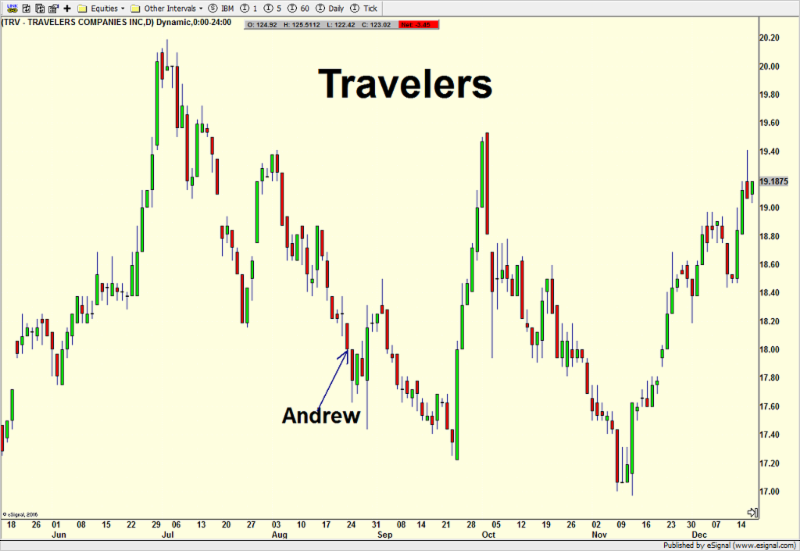 Today, we see that the insurance group has been under pressure for a few weeks, oddly upticked on Friday and now is declining today where I have the arrow and “Harvey”. If history is any guide, we should see a good buying opportunity in this sector sometime in September. 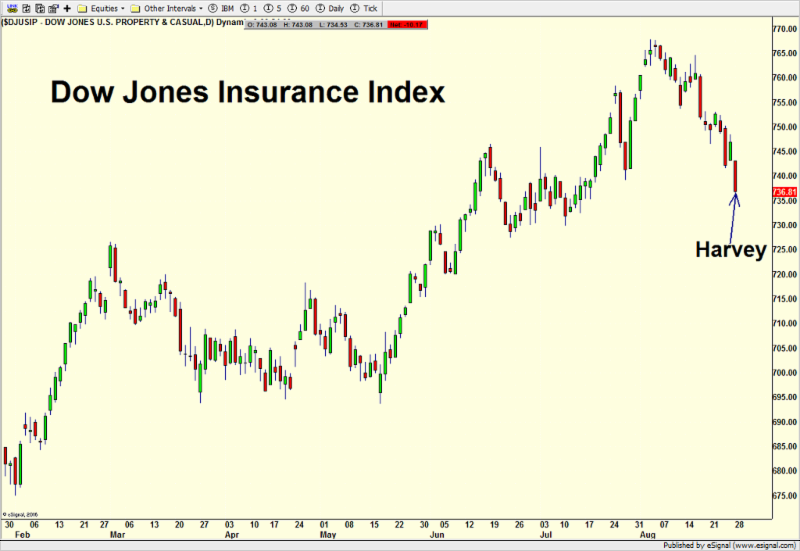