In rare fashion, the bears are certainly in charge this quarter, but especially this month. Historically, it’s very difficult to see stocks under constant pressure during Q4, let alone December. The usual catalysts for decline are typically seasonally absent. While that doesn’t mean that stocks can’t decline this late in the year, a decline of the magnitude we are currently experiencing is very rare. 2002 saw a 6% decline in December and 1968 and 1957 had 4% declines, but that’s about it going back to 1950.
As I have mentioned on www.investfortomorrowblog.com stocks just cannot seem to get out of their own way since the last peak on December 3rd. I had a lot of confidence during that rally from the mid-November low to strongly forecast new highs were coming in early 2019. And even after stocks slid down again a week ago when I joined Yahoo Finance’s Midday Movers, I still felt strongly that a bottom was being hammered out.
Every little rally over the past week or so has been snuffed out immediately. Good news over the past month has only resulted in more selling which is a definite change in character for the stock market. In fact, without doing the research, I think this is only either the first or second time we have seen such poor behavior since the generational bottom in 2009. This is concerning to me.
The S&P 400 and Russell 2000 have now breached their respective 2018 lows. 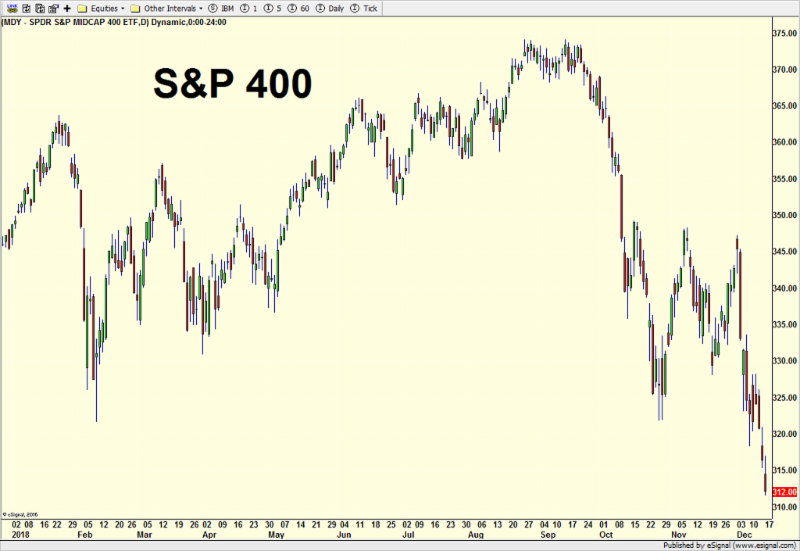 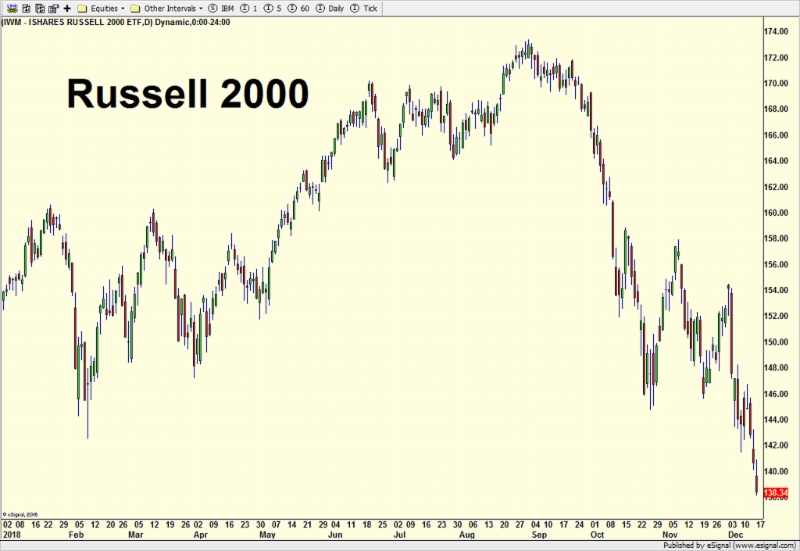 The Dow Industrials and the NASDAQ 100 remain well above their respective lows with the S&P 500 falling somewhere in between. 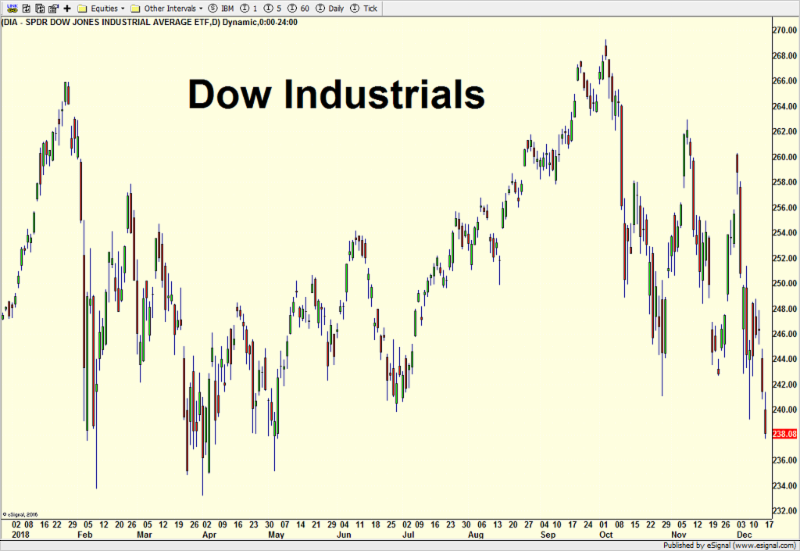 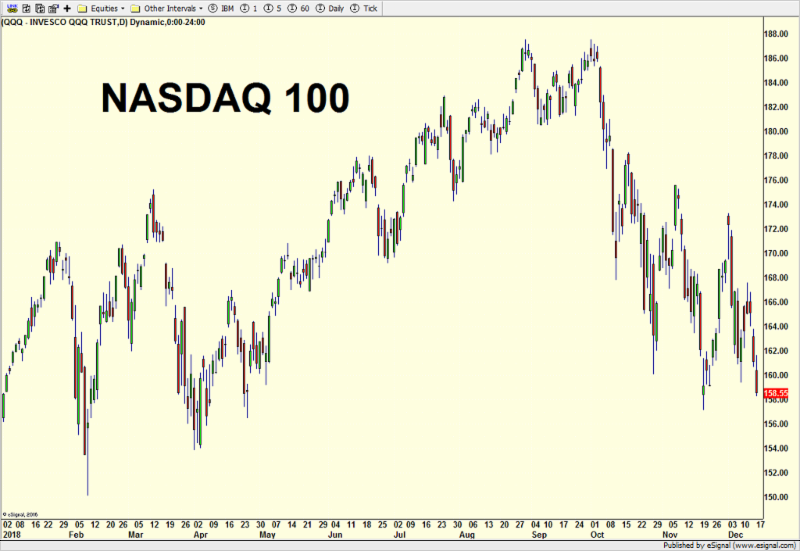 It’s not a stretch to say that the stock market needs the latter two indices to fend off attack and remain above their Q1 levels.
When I turn to the stock market sectors, I look for which sectors are not making new lows for the correction as well as holding above their Q1 lows. There aren’t many. Software, telecom, healthcare, consumer staples, REITs and utilities are it. That means, semiconductors, banks, biotech, consumer discretionary, retail, builders, transports, materials, industrials and energy are all failing. This is also disconcerting.
Finally, our in-house indicator of stock market regime turned fully red for the first time since Q1 2016. Before that, you have to go back to Q3 2011 and then Q1 2008 for similar conditions. This indicator only warns and turns red after a decline of some significance has already been seen, but does a very good job of staying heightened until trouble has passed. In other words, it probably warns of continuing trouble 10 times for every three or four that actually pan out, but it never misses a protracted decline.
Between stocks falling on good news, lack of healthy sectors and the regime change, it certainly doesn’t feel very good right now to be a bull. Still, stocks are down low double digits, nothing cataclysmic, and have not made a new 18 month low, at least not yet. Negative sentiment is getting to an extreme and will support a snapback. If I fall flat on my face and I am absolutely, unequivocally wrong about the bull market living on, stocks should still find a low very shortly and rally before falling harder at some point in 2019.
If this is really a bear market, stocks will meaningfully break to new lows for 2018, rally short of Dow 26,000 and then fall much harder in 2019. I am just not ready yet to put a fork in the old and wrinkly bull market.