It’s Confirmed. I Was Wrong

As you know, my thesis has been for an absolute minimum 4-8% pullback in Q1 to at least move the sentiment needle from greed and euphoric to neutral. Well, Mr. Market gave us the bare minimum 4% decline,  but not only did it not repair anything, it has actually made the landscape even worse. Rather than weak handed investors selling, it seems like anyone not involved in the Gamestop Saga bought the decline. That was a bit of a surprise.

First, the decline was fairly shallow for such a huge run into the peak. Second, with historically poor sentiment, the decline was also too shallow. Third, markets usually do not find a low when closing near the low for the day although skeptics should point out that the COVID Crash bottom on March 23 did exactly that. And finally, markets that make lows on Friday have a habit of not holding. 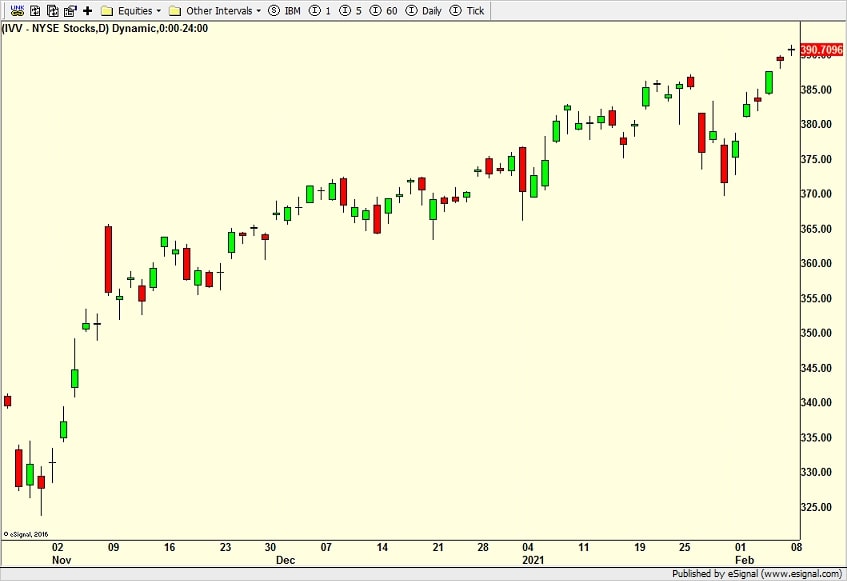 The bulls continue to punish anyone and everyone that fights the trend. That’s what happens when the Fed and Treasury go all in. Small caps, one of the themes for 2021, seem to have awoken over the past week, but I have a very tough time chasing that group higher. Rather, I preferred to look at the gold stocks late last week.