Market Builds On The Bottom & Still No Recession

I came back Dallas very late Tuesday night and was definitely under the weather. I could feel it building and building for days.Thankfully, it’s not Covid and my doctor said I should be ready to go for Halloween. Traveling isn’t fun when you’re sick. Flying downright stinks. Flight delays from DFW to NYC were just icing on the cake. However, I did have a great trip to NAAIM’s annual Outlook conference which I chaired. I learned a lot, multiples more than the total cost, saw old industry friends, met new ones and networked. Perhaps most importantly, we toured AT&T Stadium where the America’s team, the Dallas Cowboys, plays! We had food and drinks, saw every nook and cranny, watched the cheerleaders practice and I even sat in Jerry Jones’ seat. 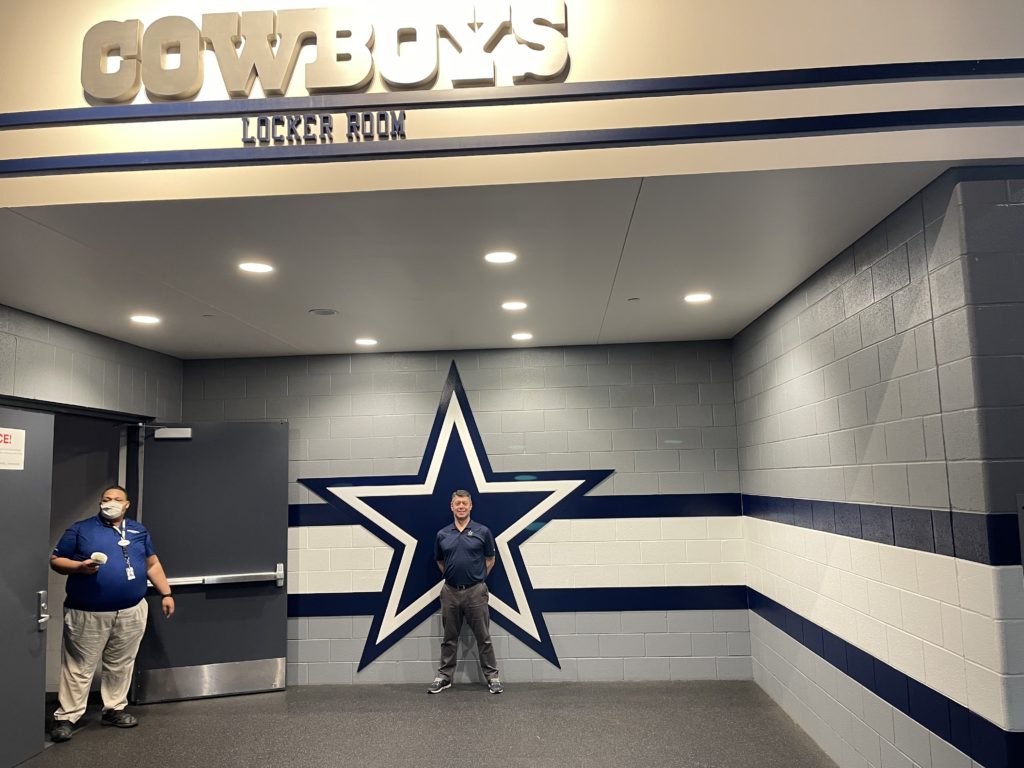 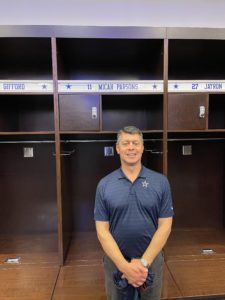 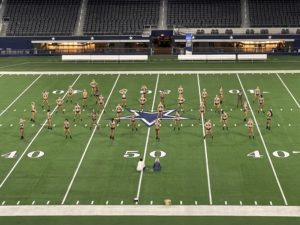 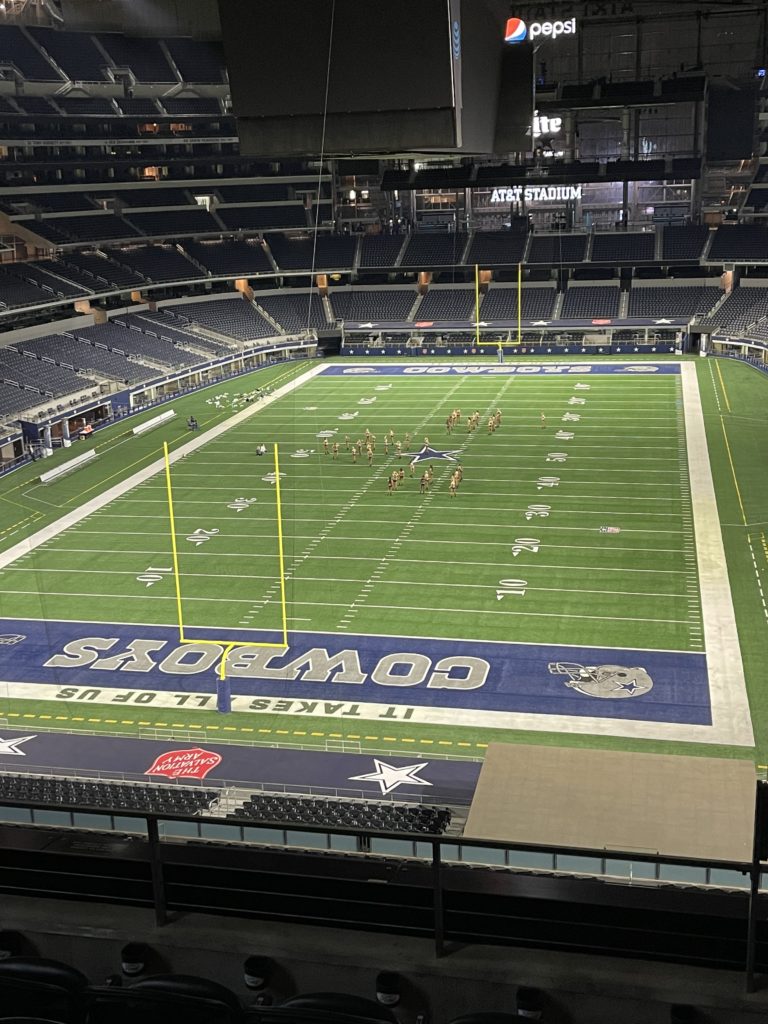 Stupidly as I tend to do, I packed my schedule on Wednesday rather than giving me time to catch up which is why I didn’t publish. And I am hoping to get fully caught today as I am traveling next week to the Sunshine State.

It’s been a big week for stocks, at least the Dow Industrials which haven’t been this strong, this fast in decades. But please, please remember that the Dow is just 30 stocks and the index is price weighted, meaning that high prices stocks, regardless of anything else, can move the index disproportionately. I almost never look at the Dow. What does 30 stocks really represent?

Over and over and over, I have discussed the idea that the October 13th low was either a low of significance or the final bottom in the bear market. We are just looking for confirmation signs along the way. Remember, I kept pounding the table that the markets should see a major bottom in Q4 with October having the highest likelihood. So far, so good, but not out of the woods yet. Those investors waiting for the all clear sign will likely be about as successful as those who were waiting for the Covid all clear sign. In 1995 stocks were sailing in all-time high territory before the Fed stopped raising rates.

Since the bottom the facts are that the NASDAQ 100 has gained the most, exactly what is supposed to happen since it fell the most. The S&P 400 and Russell 2000 behave the best as they held their June and September lows, indicating they could or should be the next leadership group. Even high yield bonds are acting better and participating although we did see this same movie out of the June low.

On the sector side energy, semis and internet have been the biggest winners so far. Obviously, the tech sub-sectors are bouncing because they were beaten down, but energy is a bit of surprise and needs to be watched.

On Thursday the government reported that its first look at GDP was +2.3%. In other words the economy grew in Q3 after contracting in Q1 and Q2. It drives me crazy when people qualify government data with conspiracy theories that the administration is altering the data. That’s just embarrassing. This isn’t China. The economy grew again. Plain and simple. It had been shrinking. The same report would have been released if there wasn’t an election in less than two weeks.

I have been firmly in the camp that the U.S. will not be in recession in 2022. Even after back to back negative GDP quarters I said the same thing. The employment market is way too strong. And yes, I do know that this is very lagging. But still, creating hundreds of thousands of jobs a month absolutely cannot be a recession. While I believe the jobs market is about to weaken and growth will slow, recession talk is best reserved for 2023. And before some of you reply with the political nonsense about fake jobs and manipulation, don’t waste your time.

On Twitter today, I was involved in a discussion about record corporate profits. Some argued that profit records by energy companies are price gouging. One has absolutely nothing to do with the other. We own ExxonMobil and I applaud their record profits every single quarter, just like I do with every other company we own. Corporations have a fiduciary obligation to their shareholders, not their communities nor the government. I always laugh when I ask people why they only target energy companies. What about the record profits at Apple? JPMorgan? McDonald’s? Johnson & Johnson? WalMart? Starbucks? ConEd? Why is it okay there and not price gouging but not okay at Chevron.

Energy companies do not price gouge. Like every other company dealing with a commodity, the price is set by the free market. Gold, silver, steel, aluminum, wheat, corn, lumber. I don’t recall hearing any calls for a bailout when crude oil was -$38 a barrel in April 2020. Yes, it was negatively priced for a day, the same day Jim Cramer called it “univestable”. Government needs thoughtful regulation, but they need to stop trying to pick winners and losers. I hatred it when Trump did it. I hate it that Biden does it. These are American companies that employ hundreds of thousands of workers.

I think I sound cranky but I am really not. I promise. Off my soapbox and on to the weekend. We were supposed to be heading to NYC with friends today for a costume party and concert or something like that. We were going to be the Village People. My idea. I think I am the cowboy. But being under the weather and traveling next week has me now at home resting and probably in the office for a day. No adult beverages, just Teri’s amazing chicken soup and Dr. Bill’s meds. Hopefully, there will be good football games on. With the Yankees losing, I have sworn off baseball until April. Worst comes to worse, I can sit and watch all that new grass I planted grow. So far, it’s looking good.