Continuing on my theme of a possible pullback or correction, the NADSAQ 100 has now reversed twice from the same level in two weeks. That means early strength has twice been thwarted by the bears with the tech index closing near its low for the day. You can see that in the two arrows below. We now have a very clear line in the sand drawn. If the bulls are  to win, they will quickly close above the 11,100 level for a day and a week. Should the bears cede control, the downside looks to be a minimum of the 9000s. 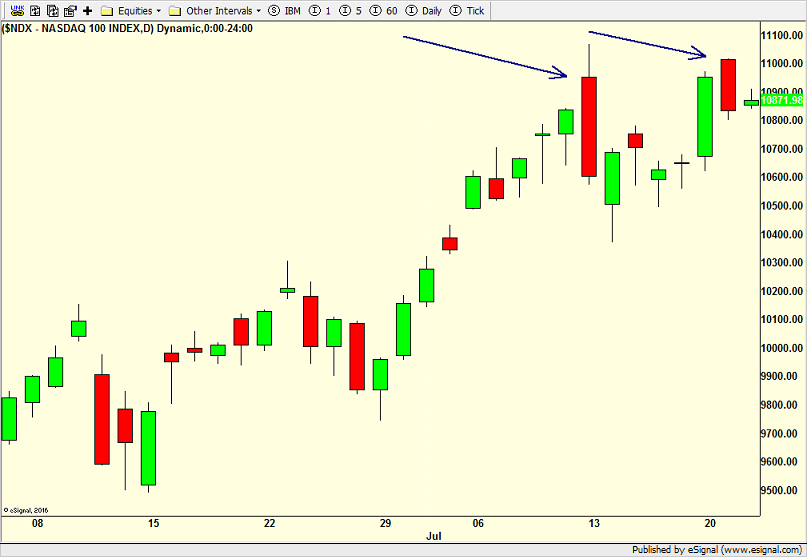 As you know, the other major stock market indices do not look anything like the NASDAQ, however, I believe that that if the NASDAQ 100 begins to rollover and the others cannot immediately surge like they did on Tuesday, we will see an across the board bout of weakness for stocks into August. I do not rule out one more run in the non-tech indices over the next week.

Looking at my four key sectors, semis have been leading to no one’s shock. Discretionary has also done very well with transports finally kicking it up a notch. Only banks are really struggling. There has been many comments about whether the rally can live on without the banks. The short answer is yes in short-term and maybe a little longer. However, the longer stocks levitate without bank help, the more likely a more serious decline can develop.

You can see the banks below and it’s not pretty. I don’t care the reasons why, only that they are lagging badly and that’s not the healthiest environment. Doing the “but, but, but” is worthless. I am well aware of their headwinds, especially if the Fed begins to manipulate (did I write manipulate?) the yield curve. I should have said “massage” or “help along”. No one wants a repeat of Japan’s banks from the 1990s although ours are very well capitalized while theirs were zombies. 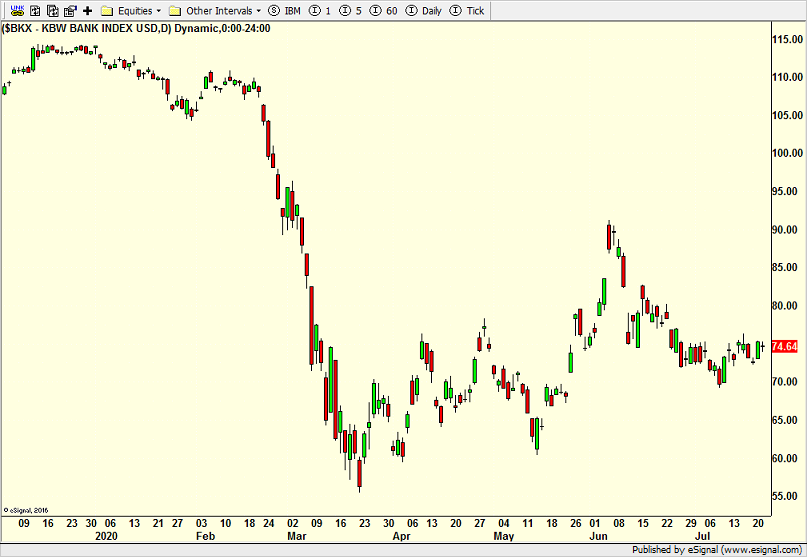