Recent volatility. For 24 months, stocks have been in their least volatile period of all-time. In 2008, investors got used to these outsized moves. In fact, we even saw a 10% move in a single day. Today that would be more than 2500 Dow points. However, since February 2016, the stock market hasn’t even declined 5% which will end this morning. And it’s been the longest streak in history without even a 3% decline.

So Friday’s mini crash (in points not percent) is somewhat of an outlier, a number that doesn’t really fit in the normal range of daily returns. More importantly, it occurred from new all-time highs five days earlier. Please re-read that sentence as declines like this do not typically happen so close to all-time highs. The chart below shows you what’s happening with the subsequent ones indicating a theme. 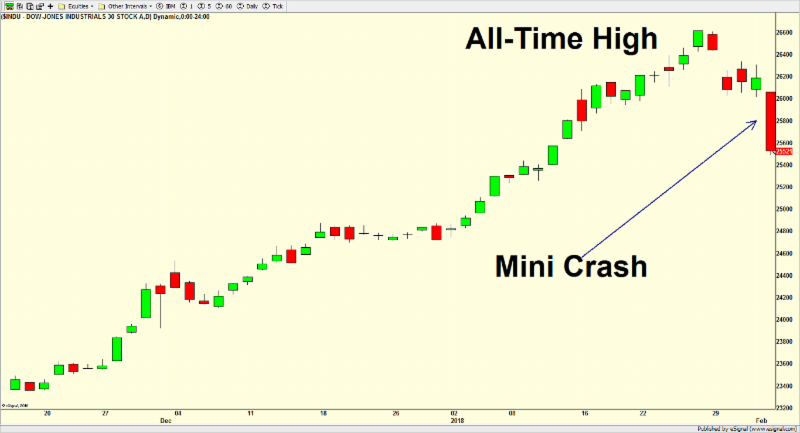 The next chart below is my favorite and one that I think is the best rhyme. It’s from 2007 when stocks collapsed at the end of February due to China’s market plummeting. The reasons do not matter. I repeat. The reasons for these declines are of absolutely no significance.

In 2007 stocks made an all-time high and then saw a mini crash five days later. Stock market internals were very strong before the decline. In math terms, it was a five sigma or standard deviation event. In other words it was a huge decline relative to the normal price behavior over the past year, just like today.

While the mini crash wasn’t the absolute bottom, it was pretty much most of the price damage. Stocks saw a short-term low a few days later, rallied and revisited that low shortly thereafter. And then stocks soared higher again. 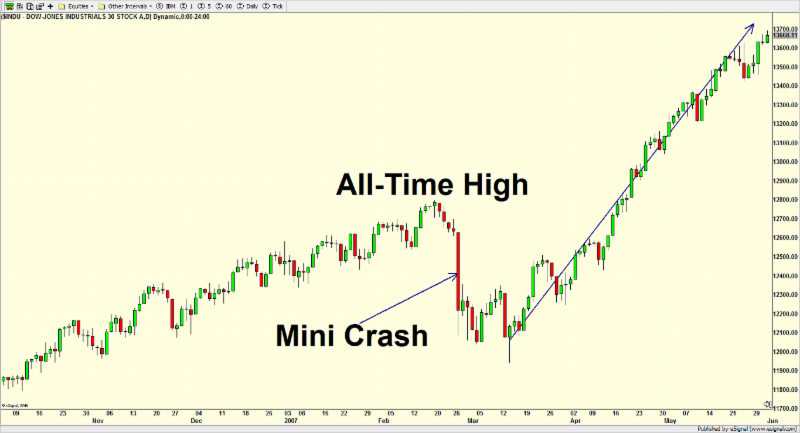 In 1994 as you can see below, stocks were at all-time highs and saw a mini crash four days later from a period of very low volatility. But that was just the beginning of a larger decline and more challenging period.

Why show this? Was anything different?

There was a significant difference. In 1994 stock market internals were poor and had been deteriorating for months. The January 1994 peak was accompanied by a wide ranging group of divergences or non-confirmations. The market’s foundation was already crumbling, very much the opposite of today. 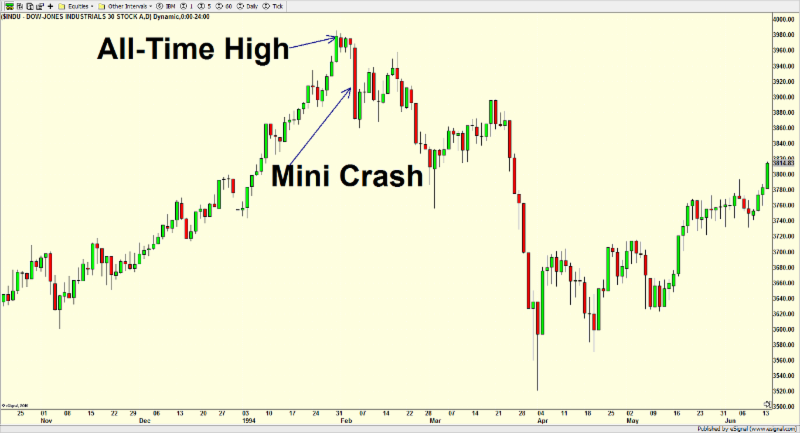 1991 is next and as with the previous charts, we have an all-time high followed by a mini-crash two weeks later. Market internals were strong before the decline. The ultimate low took a little longer, but the results were still the same. Stocks bottomed and then soared to new all-time highs. 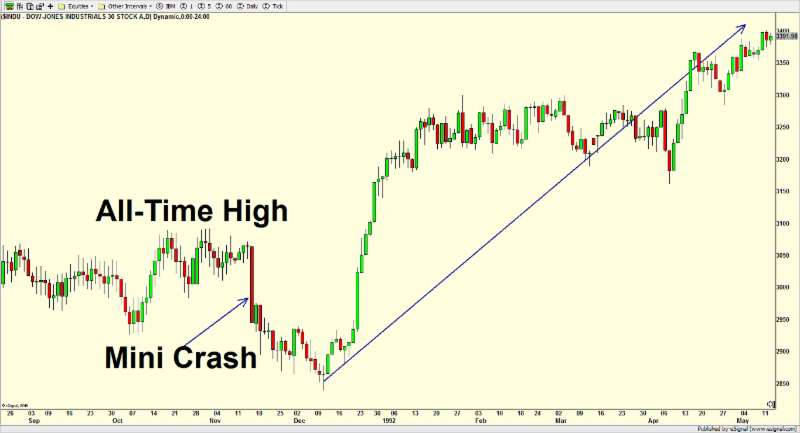 1989 is the final comparison and although my data provider clearly has some incomplete data, I think you can get the gist of it. Stock market all-time high, mini crash a week later, rally, revisit and then stocks soar to all-time highs. 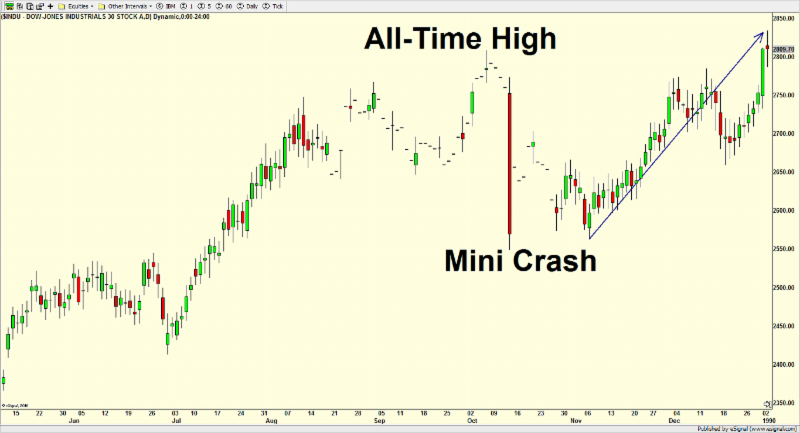 See the theme yet?

Markets never exactly repeat, but they certainly rhyme. Below you can see what I drew in as the scenario I see as most favored or likely at this point. Stocks are not done going down and they should continue lower early this week. A low should be formed, followed by a bounce of one to three weeks before the decline to the ultimate low takes place. 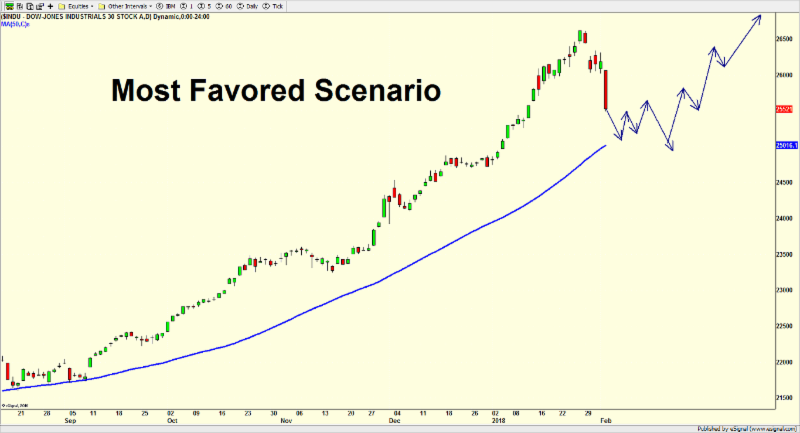 Besides valuation, which is a horrible timing tool and sentiment which was certainly euphoric but can be corrected with this mini crash, stocks have done nothing wrong to indicate the bull market is over or even close to ending. Ignore the hysteria and focus on reality. Buying weakness remains the correct strategy until proven otherwise.

Assuming today is the volatile affair it is setting itself up to be, I will likely send out a brief update by tomorrow’s open. There were a good number of short-term indicators that flashed “imminent low” for this week I will discuss