Last week after the Dow plunged 350 points and began to bounce, I offered the two most probable scenarios for stocks, both of which included new multi-month lows before any real rally would begin. Stock Market Scenarios for Q3

My conclusion was, “just because we saw extreme readings on Monday doesn’t mean that the ultimate low was seen. I would argue against that. Monday’s snowball day was an important piece, but far from the final piece. Wash out readings like I listed above typically do not coincide with the final low. There is usually more constructive work to be done by price.”

Below is the chart I included with the the green (more bullish) and orange (less bullish) scenarios. 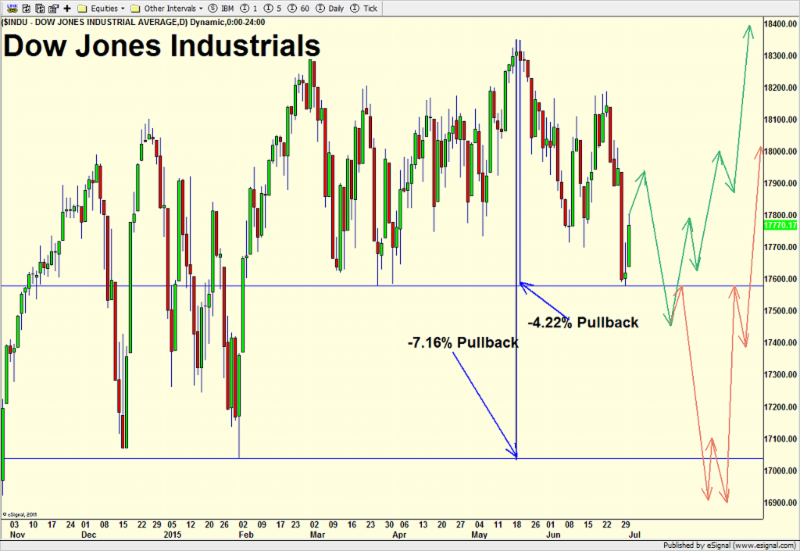 Today, the chart is starting to show signs of a potential low in the green bullish case, right on schedule, as you can see below, but it’s too early to offer more comments until I see how sentiment behaved so far this week. One thing is certain; the stock market will need much better internals to mount any significant rally, meaning that the number of stocks rallying and declining needs to shift to the bullish side along with the volume on each side. For months, it has been neutral at best or slightly on the negative side. 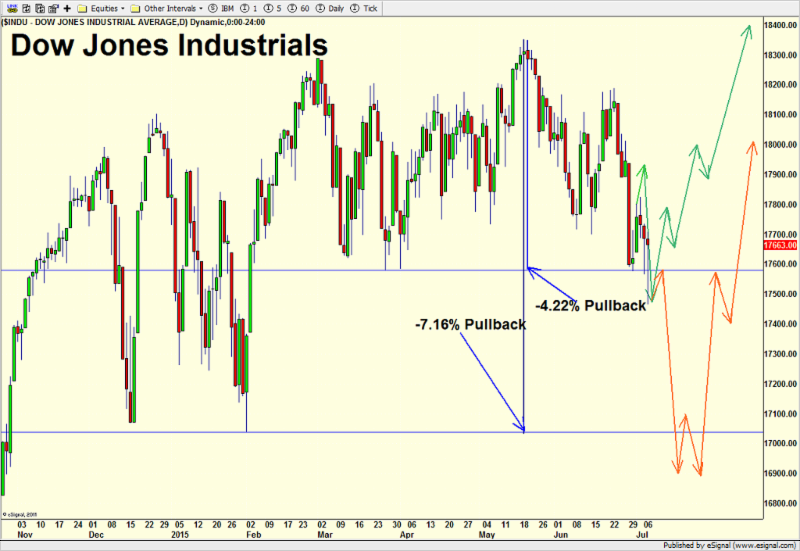 While the markets and media are singularly focused on Greece, everyone’s eyes should be on China which is a much, much bigger issue.

Care more about how the market reacts to news rather than what the news actual is. Watch for spikes in bearish sentiment to set the stage for another leg up in the bull market. The bull market remains old and wrinkly but very much alive.