As you know I have been writing about this very mild patch of seasonal softness in early to mid-December. Historically, it is ends this week at some point. Given how little stocks have pulled back, it is entirely possible that all we end up seeing is some sideways action with a percent or two on the downside. This is also the period where small caps historically outperform large caps from mid-December through early January.

A year ago, I was sounding like a broken record, always discussing the greed and euphoria in the market. It didn’t matter until it mattered and then it mattered in a huge way. I feel the same way today. I will not stop mentioning it until it goes away and that’s usually by way of a short, sharp decline. Given the time of year and how the year has gone, I think the decline is probably a 2021 story. There are too many folks sitting on oodles of cash and they need to play performance catch up.

For all those super bears who keep forecasting gloom and doom like some of the paid actors masquerading as investment managers on TV, look no further than one of my favorite indicators of participation, the New York Stock Exchange Advance/Decline Line below. In the bottom box you can see that this indicator has been scoring new high after new high.

Historically, long-term bear markets almost always see participation go down long before stocks peak, at least three months ahead. During the Dotcom Bubble, this line saw its high in 1998 while stocks didn’t peak until March 2000. 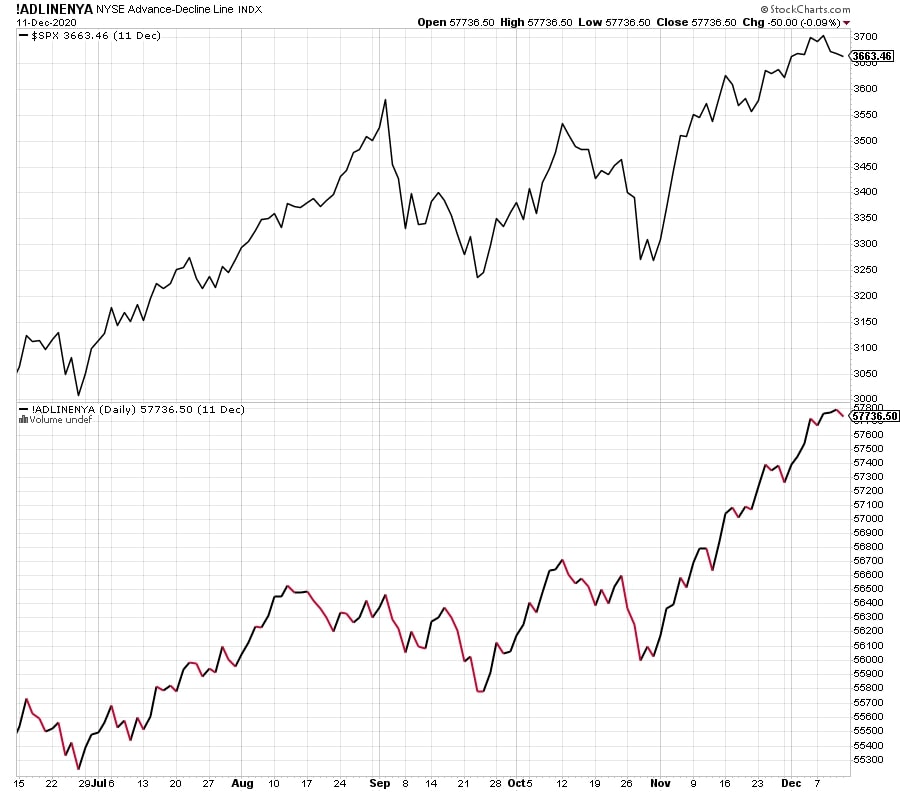