With the major stock market indices all in good shape beyond the short-term pullback, let’s take a look at the key sectors and two other important canaries. 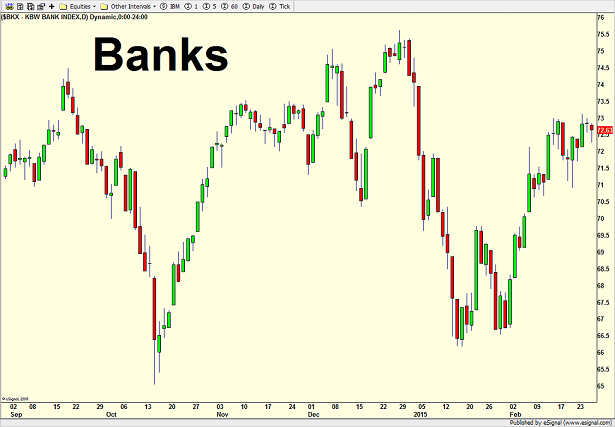 Semiconductors are below and happily sitting at fresh 14 year highs. They are a vital sector because so much technology starts with a semi chip. As go the semis, so goes tech. And as goes tech, so goes the rest of the market. As I mentioned in my 2015 Fearless Forecast, I believe semis finally see all-time highs this year, exceeding the Dotcom bubble peak from 2000. 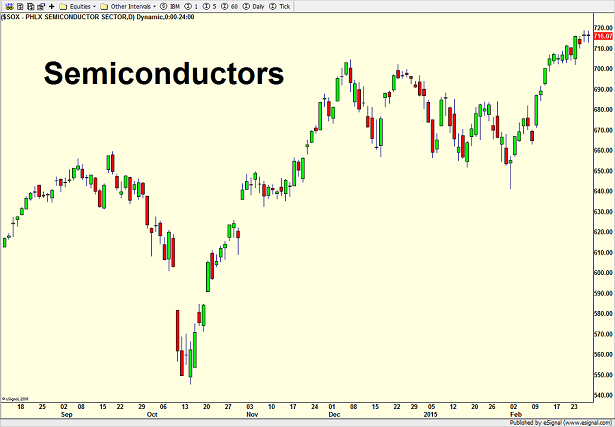 The transports are next and can be viewed both positively and negatively depending on your bias. They are entering their fourth month in a trading range with lower band much more defined than the upper. I downgraded them to neutral in early December (and sold them) when they stopped rallying as crude oil collapsed. That shouldn’t have happened in a strongly bullish scenario. While they still look a bit sloppy, given my more long-term positive outlook, I expect them to resolve the trading range to the upside in a big way by summer. For now, you would have to rate their divergence or inability to keep pace with the Dow Industrials above as a small negative. 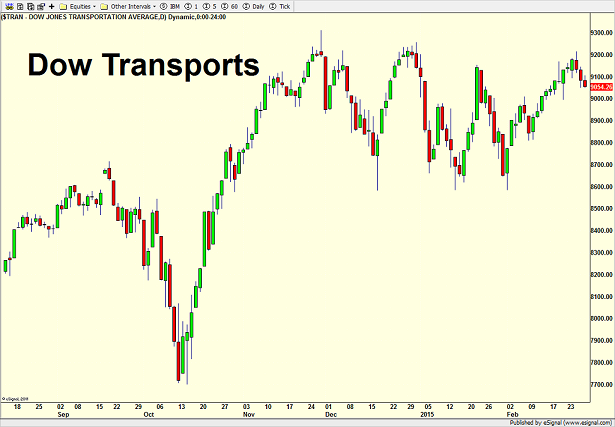 My two favorite canaries are next. The first one is the cumulative New York Stock Exchange Advance/Decline line, which is just a fancy name for keeping track of the numbers of stocks going up and down on a daily basis and put on a chart. Using words like “always” and “never” are not prudent in this business, but the NYSE AD line is as close to a “never” as it gets. The stock market almost never tops out with this indicator at or near all-time highs as it is today. Before a bear market begins, we usually see this indicator peak 3-20 months before the major stock market indices, which signals that fewer and fewer stocks are participating in the rally. 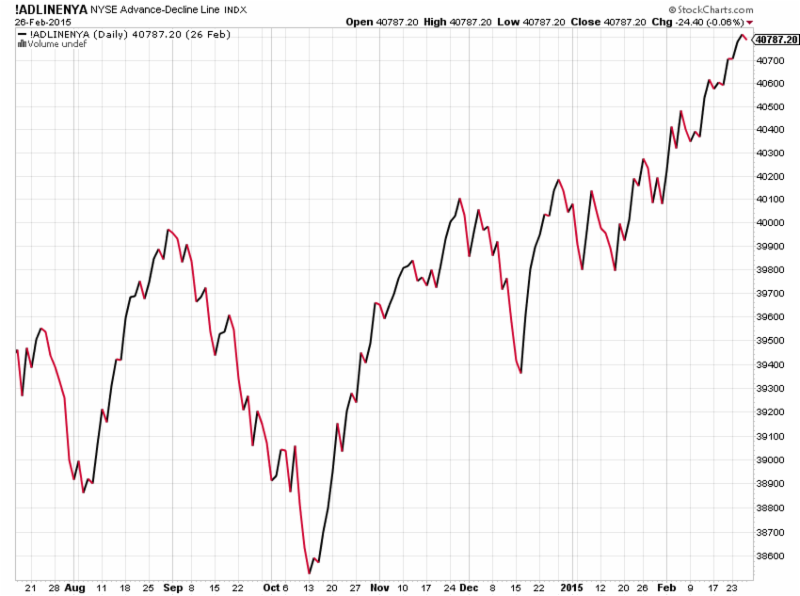 Finally, you can see a chart of the PIMCO High Yield Fund, which for full disclosure we own in two strategies. I use this a proxy for the junk bond market along with the exchange traded fund JNK. Junk bonds are among the lowest credit quality in the fixed income space and are acutely sensitive to ripples in the financial system’s liquidity stream as well as the economy. They are the ultimate canary in the coal mine. As the economy very slowly and slightly begins to weaken, investors start to worry about these companies defaulting, long before the GDP numbers roll into recession. While high yields bonds may give too many early warnings, they typically don’t miss the big one. 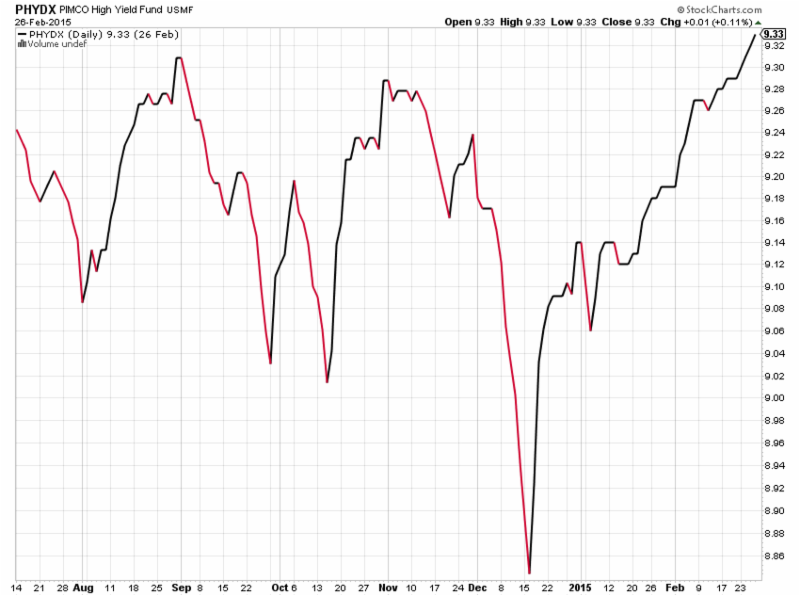 Overall, the sector canaries are neutral to slightly positive, but the NYSE AD Line and high yield sector are strong. The likelihood of a bear market from here is very small.