Here we go again. Today is Fed day. I am sure we will hear that it is the single most important decision the Fed has ever made. Blah, blah, blah. Powell and the Fed have been crystal clear, of late. Rates will continue higher until something is broken, or thereabouts.

Before I get further into this, let me state that the model for today is plus or minus 0.50% until 2pm and then a rally. Given that stocks have sold off into the meeting, the likelihood for a rally has increased to north of 80%. That’s not too bad. Had stocks not rallied yesterday afternoon, those odds would have increased to 90%. Not that would have been fun!

Fed Chair Jay Powell’s short remarks at Jackson Hole last month said it all. And I think that he had planned a longer, more detailed speech that was shelved at the last minute as he wanted market participants to be crystal clear on his and their position. Interest rates are going up higher and for longer until they tame inflation. Of course, if they break something sooner than that, I do believe that the Fed will blink, especially if the unemployment rate rises above 4% and the economy is losing 50,000-100,000 jobs a month.

I have said this before and it is worth repeating. There is no way Jay Powell will stay the course with employment weakness as he is hauled before Congress. Both Democrat and Republican alike will skewer him. Americans won’t care about stubbornly high inflation if they are out of work. Let’s remember that it takes 6-9 months for Fed action to filter through the economy. The last few rate hikes have yet to impact the economy and it’s coming. And while I have pushed back on the recessionistas this year, our own work suggests a sharply rising probability of recession in 2023.

Below is a chart I typically show every 6 weeks when the Fed meets. It’s one I borrowed from my longtime friend Tom McClellan of McClellan Oscillator fame. Let’s be clear. No matter what you hear from pundits and others in the media, Tom was the first that I know who shared this relationship. Everyone else has copied him without proper attribution.

Anyway, the Fed basically follows the 2-Year Treasury Note over time. When we get near the end of a rate hike cycle, the 2-Year will curl lower as the Fed Funds Rate is still going up. They end up meeting below the highs of the 2-Year Note.

Right now, the 2-Year is roughly 4% and is making new highs. That means the end of the rate hike cycle is not close at hand. We would need to see the 2-Year curl down to at least 3.50% and stay there. I am just guesstimating on the 1/2% decline needed. Again, we are not there right now. I had though that the 2-Year was going to peak around the 3% level. Clearly, I was wrong.

As I said on TD Ameritrade Network the other day with one of my favorites, Nicole Petallides, investors should also watch the 10-Year Note and Euro for signs that the Fed’s attack on inflation is approaching the beginning of the end. The 10-Year Note has long rolled over before the Fed stops hiking rates. It just hit a new high for this cycle on Tuesday. At a bare minimum, we need to see it below 3.4% and stay there. 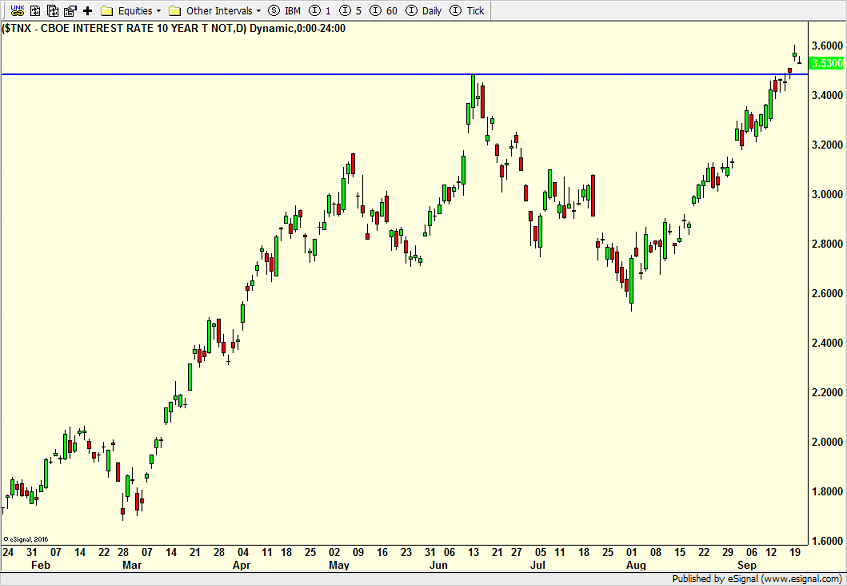 On the Euro side, which finally hit my first major downside target of parity or 1:1 with the dollar, we need to see the currency above 1.02 to the dollar at a bare minimum and stay there. I have my doubts here as my next major downside target is .80 to the dollar. If that target is reached in the coming few years we will likely hear louder chatter about the viability of the Euro currency, something I have oft-mentioned for 20+ years. In the meantime, it’s a fantastic time for Americans to be traveling to Europe although flying there still isn’t cheap. 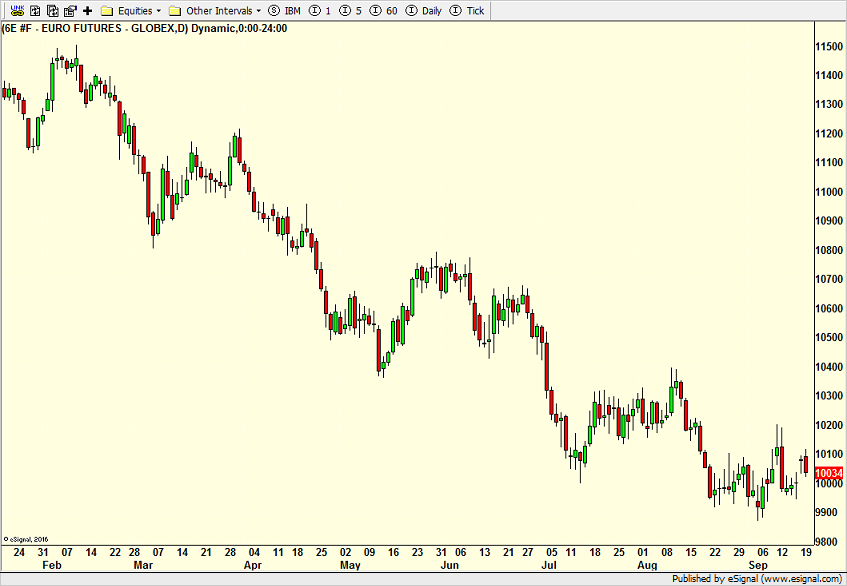 Finally, as I keep offering, I see higher risk in the stock market over the coming 2-4 weeks. I believe the market will be hammering in a significant or possibly a major bottom in Q4. If that scenario plays out, I can easily make the case that stocks rally 40-50% from that low over the coming 15 months. Stand by. It gets interesting soon.