I had hoped to get something posted this morning, but duty called, in the form of potentially the biggest storm of the crummy winter in Vermont. So, like any hearty and addicted skier, I had to chase the powder with my mini me son in tow. Lifts open at 8 so we had to be lining up by 7:30am to get first tracks. And the ski gods smiled on us as we rode up with a family friend who is a patroller and had the goods on which steep runs would be opened first. So as we got off the lift, we heard on his radio that one of our favorite runs was opening. And like respectful skiers in search of fresh powder, we kept our tracks tight to the patroller, leaving lots of untracked snow for others. Luckily, when we returned 15 minutes later, no one else had found that run.

And for those who emailed to know why I didn’t post anything this morning and how I could be out of the office, the answer is that all the good work was done on Wednesday and Thursday, especially the latter where we were more active than any day this year. More on that at the bottom. 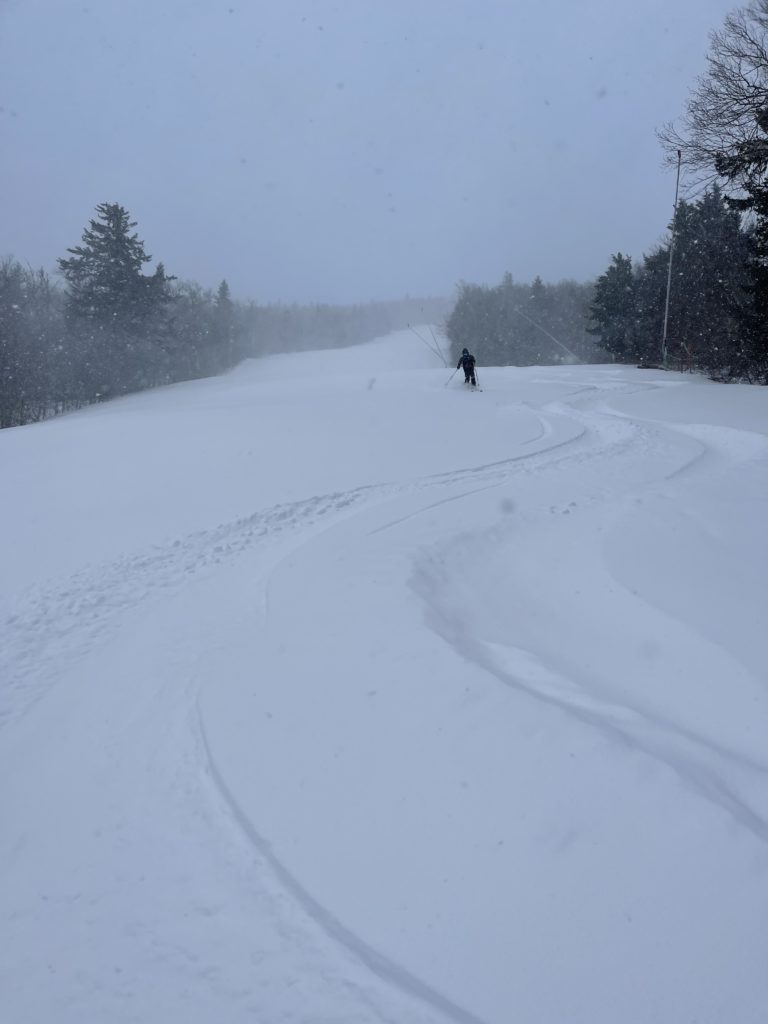 Anyway, well, well, well as my daughter used to say as a little girl when she was called out on something. My oh my, what a day the markets had on Thursday. After opening down as much as 3%, they rallied right from that low tick to the close, gaining 1-3% on the day. Now that’s another emotional reversal like the one we saw on January 24th.

Similar to that day, once the stock market started to bounce and got past the first few hours, it looked like traders started covering short positions which led to the computer algos jumping onboard. It was a big day for the bulls to fight off the bears. 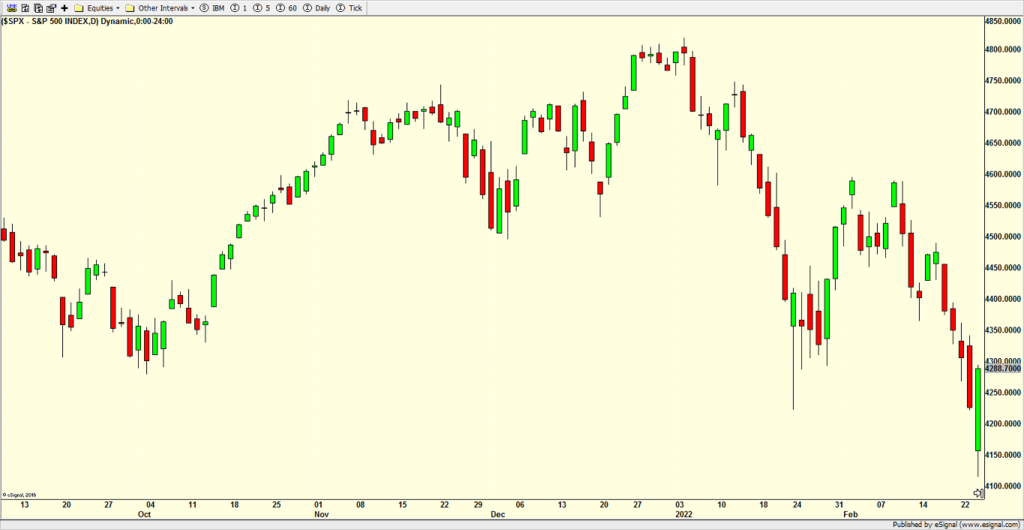 It’s so funny. In the span of a few hours, the masses and media went from asking how low stocks will go to if the stock market had reached bottom. So typical of chasing their tails. As you know, we came into 2022 looking for a single digit Q1 pullback. This correction was deeper than I originally thought. After the first bounce to what became the February high, I commented that unlike the bottoms since Q4 2018, this one would be more complex, like Q1 2018, 2015-2016 and 1994.

January 24th was “A” bottom. Now, all of the conditions have been for a second bottom which may or may not be the ultimate low. Stocks should rally. The quality of that rally will determine where the market is in the cycle. We really want to see enormous and relentless buying interest. In other words, a thrust. In the short-term, whatever fell the most should bounce the most, no surprise there.

After a 65 degree day on Wednesday, old man winter has returned to New England. After all, it’s still February folks! And the best news of all, at least for UCONN Nation is that NCAA women’s player of the year, Paige Bueckers, returns to action tonight. The Huskies were decimated with injuries and COVID, leading to the most regular season losses since 2012. With everyone back and the Big East and NCAA tourneys just around the corner, I don’t think any team will be excited to have UCONN in their bracket.