Stock Market Not Reacting To The June Lows Yet

So far, the stock market has not responded to the June lows, meaning that we didn’t see any trap door selling nor a rush of buying. The reaction has been muted. I don’t think that helps. You can see the S&P 500 below, but the rest look similar except for the Dow Industrials. 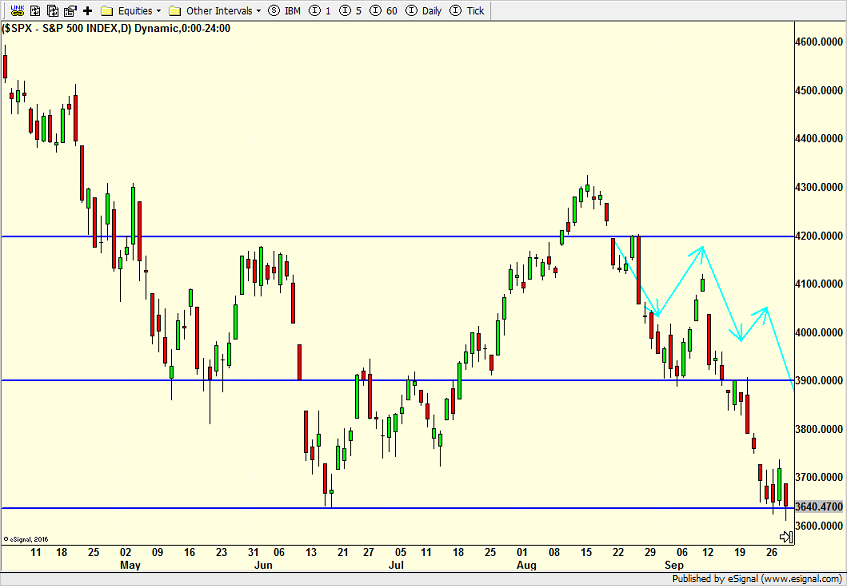 Okay. I will show the Dow as well below. It broke the June lows but hasn’t been able to quickly get back above it. 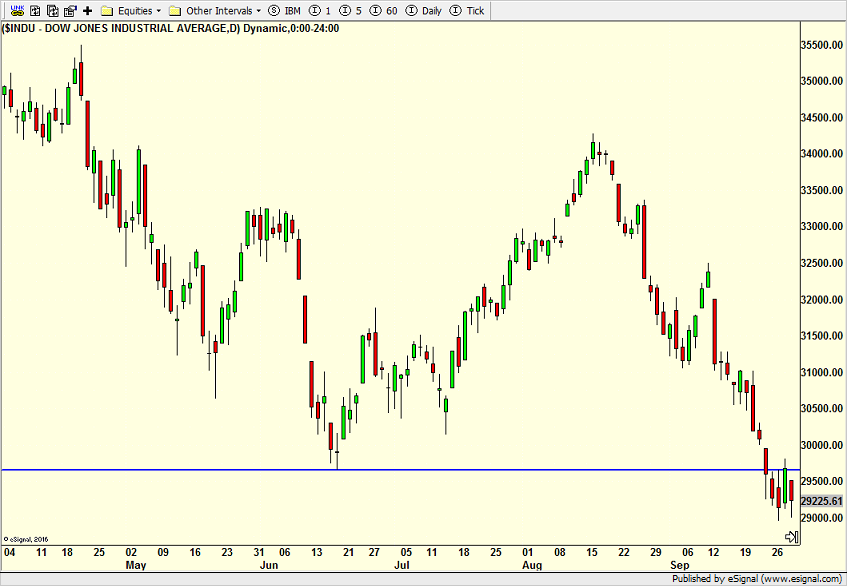 What all this means is that the decline since August is not over and volatility likely has at least one more spike coming in October. Recall that I have said and continue to believe that October will end up seeing a significant or major bottom in the stock market. And it has the strong possibility to kill the bear market. If I wanted to be really greedy, I would say that the second or third week of the month are the most likely targets at this point.

We need to start seeing some separation between indices and sectors and not having everything look the same. And we also need high yield bonds to stabilize. They have looked just awful. Remember, the 2-Year, 10-Year and dollar probably hold the key to stocks finding a low.

Today is the end of the month and end of the quarter so portfolio games may be played, especially during the afternoon. I would lean to those being on the buy side since so much damage has already been done this week and this month, but I am hoping for a muted day overall.

Fall is here in New England and it’s been chilly with remnants of Ian on the way to destroy weekend plans. I try to never turn the heat on until November, but as I get older that is harder to do. I mean, I am always cold anyway, at least below 65, but my body isn’t ready to be cold until May just yet. The videos from the west coast of Florida are heartbreaking. I am thankful that our Heritage Capital family members in Florida are all safe and sound and we are still praying for everyone.