Stocks to Bounce But Pullback Not Over

In part II of the piece I started last Friday, I turn to the market evidence supporting the 3-5% pullback I have been discussing all month. While tensions with North Korea have quieted down over the weekend and global stocks are sharply higher, I do not believe the pullback is over. Now, if the five major indices scream right back to new highs and sector leadership is strong, I will clearly be wrong in this call, but I am willing to give it some time. Let’s see if the bulls can first retrace what they lost last Thursday.

One of the many reasons I started looking for a pullback can be seen in the charts below. Just take a cursory glance and you will see that the Dow Industrials are leading the parade with the S&P 500 just behind. The S&P 400 and Russell 2000 are lagging significantly. The NASDAQ 100 is just a tad better.

Leadership by the Dow does not equate to healthy and strong leadership. It’s exact opposite. Investors are looking to hide in the “safer” and more liquid areas. If this was one of my regular Canaries in the Coal Mine update, I would offer that none have died or are close to dying, but a few are coughing. 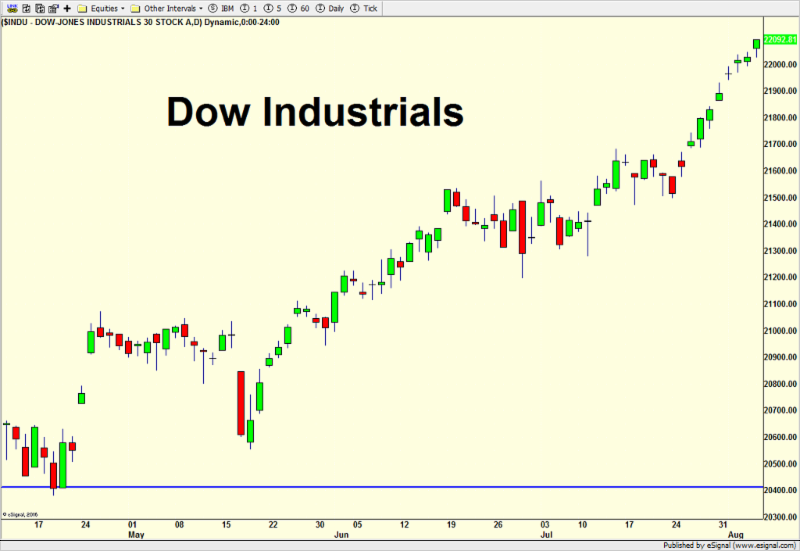 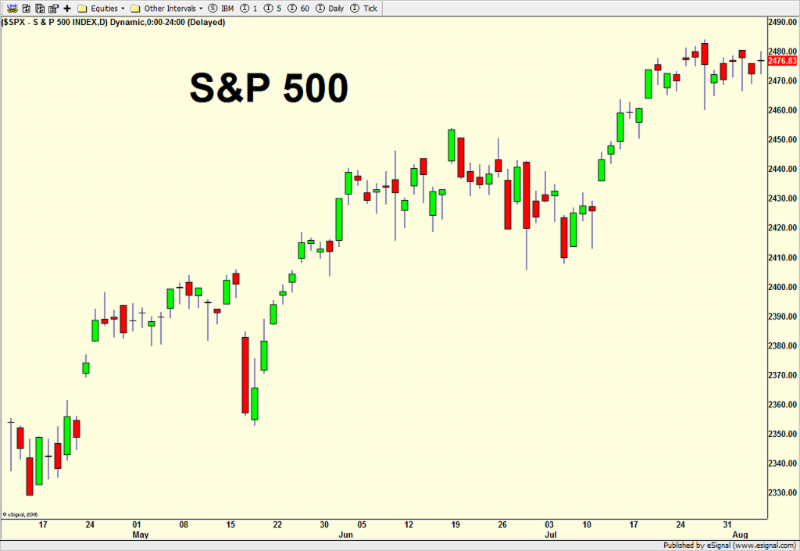 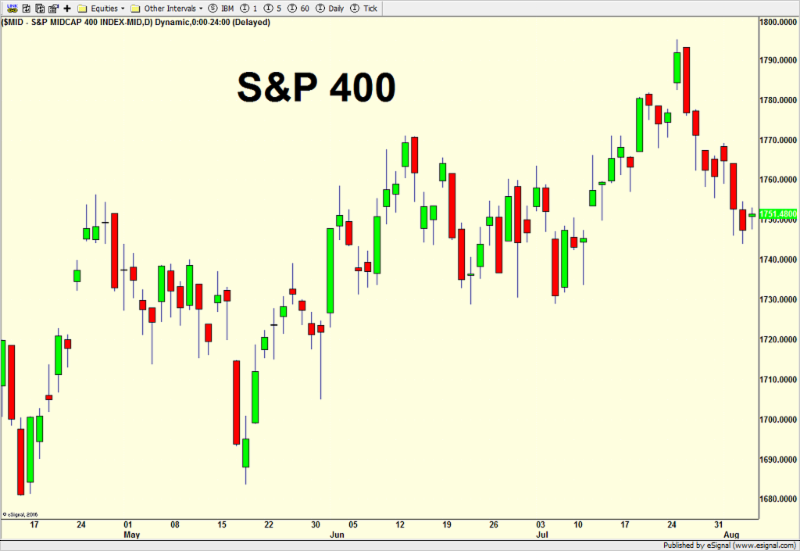 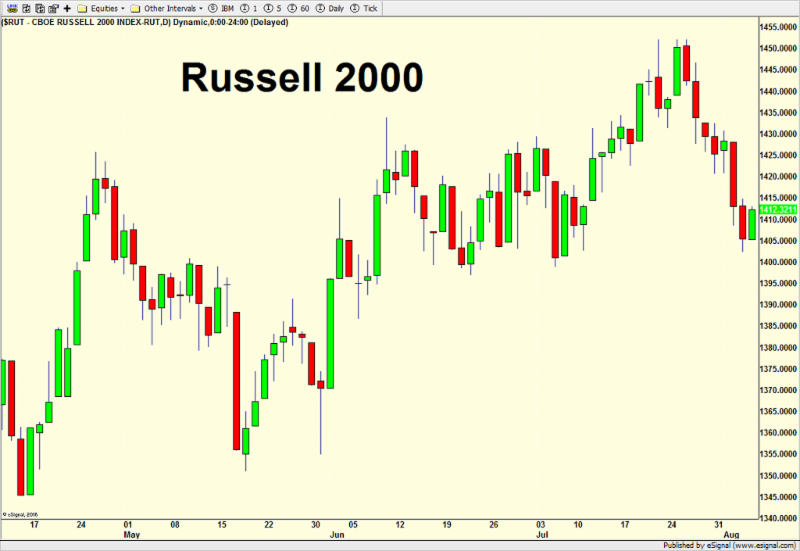 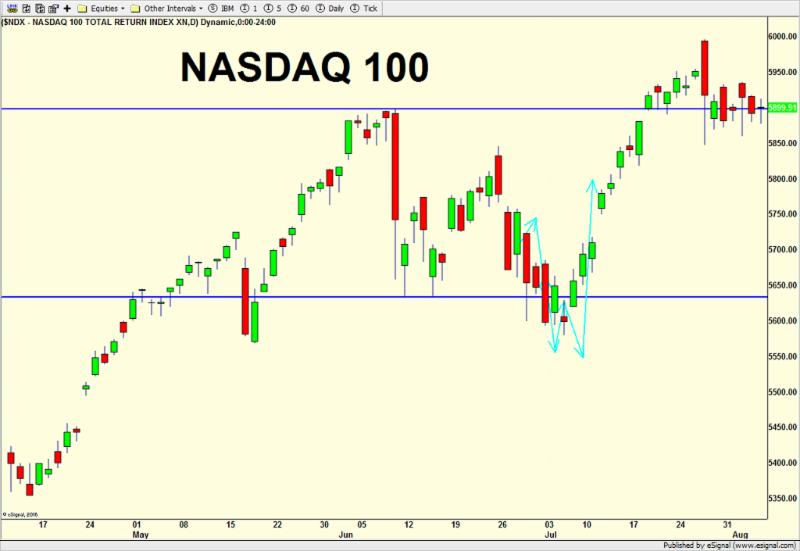 Stock market sentiment began to get a little too happy, complacent, greedy or whatever other adjective you want to use. We saw it in the surveys, the options data as well as the Rydex fund flows. While sentiment ebbs and flows at a good pace, weakness is likely needed to restore at least a small wall of worry.

The semiconductors are one of my favorite sector canaries and concern over the past few weeks has been that with the NASDAQ 100, software and internet sectors all scoring fresh new highs, the semis have been unable to. If they started to rollover, they would likely bring down the rest of the tech sector with them. 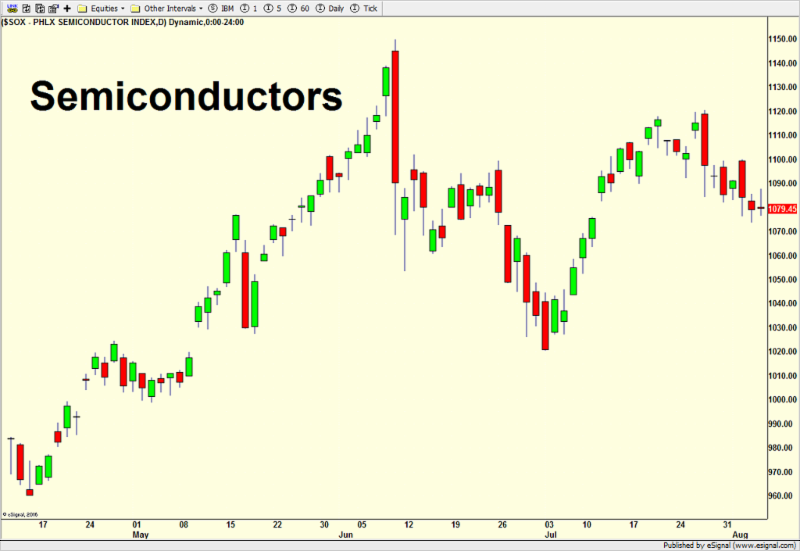 The Dow Transports are another sector which had been under pressure long before North Korea became a recent issue. You can see below its decline was more than just a few day event and warrants attention. 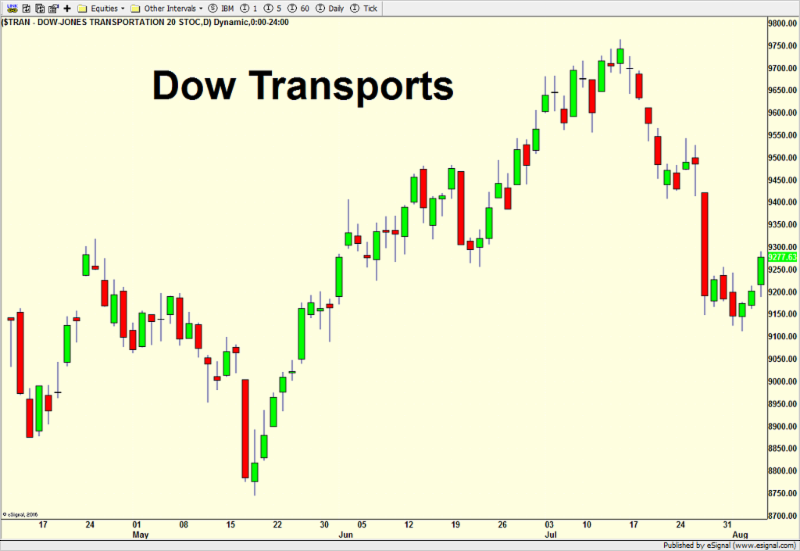 Until earlier this week, I was holding out hope for the bulls by the continued strength in the high yield bond sector, my favorite canary in the coal mine. However, the past three days have seen relentless selling in this sector. Something has changed in the character of the market. 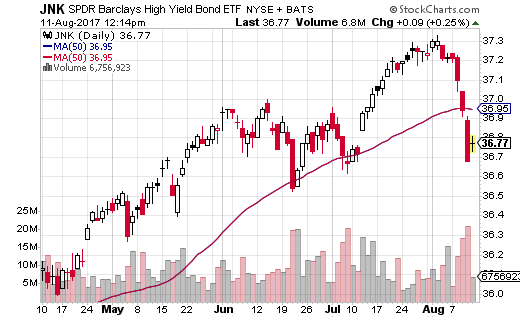 I could add to my list of short-term concerns including the infamous Hinderburg warning which really just says the market is very split with an equal number of stocks doing well as poorly. The number of stocks making new highs and new lows has shifted significantly to the negative over the past week adding credence to the Hinderburg.

HOWEVER (isn’t there always), the New York Stock Exchange Advance/Decline Line, which measures market participation just hit an all-time high earlier this month. Historically, that pretty much insulates stocks from a serious decline or bear market as it shows good health and lots of liquidity. 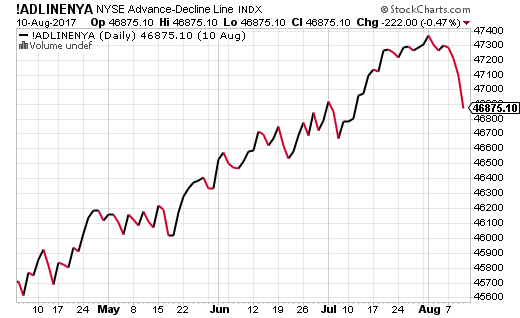 Finally, the much talked about VIX which is a broken measure of anticipated volatility spiked by almost 50% this week and almost 100% from its recent low. That has been a strong indication of future gains several months out. 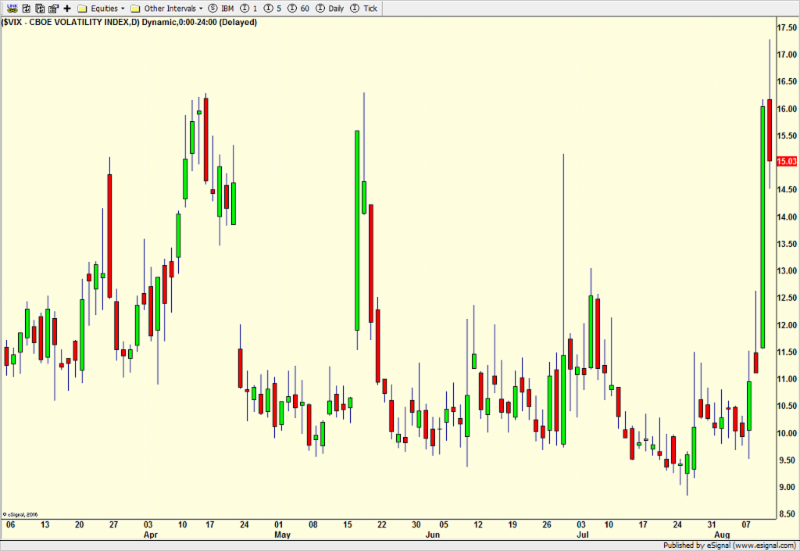 In short, the next few weeks to month or so could be rocky, but not cataclysmic. Besides North Korea, we have the single biggest geopolitical since 9/11 on September 24th with the German election. Stocks are wounded and need some time to heal, but more new highs are in store later this year and into 2018. If you are nimble enough, selling short-term strength is the right strategy until proven otherwise.

As hard as it may be, investors would be best served by not being glued to the news channels 24/7. Focus on the long-term. The economy’s growth is accelerating. More jobs are being created. Record earnings. Heed my theme of 2017. Reality over rhetoric!