That’s It? Decline Over?

Tuesday was certainly one of those wildly volatile days, the kind we saw often last March and a few times in June and September. What was interesting about Tuesday was that significant intra-day losses were reversed so close to an all-time high. That doesn’t happen all that often and from memory, it was behavior seen often as the Dotcom Bubble was fully inflating and about to peak.

The question now is, was that it? Is the pullback over?

To exaggerate the short bout of weakness, let’s look at the decline from intra-day high to low.

On the surface, it was fairly mild and the Dow Industrials barely pulled back at all. Stocks are supposed to rally from here, especially if the market remains in a super bullish position. We did lots of buying on Tuesday on that initial assumption, however the leash will be very, very short if I am wrong, which does happen as my wife and kids like to say all of the time. Among the things we bought were gold mining stocks, small cap stocks and some tech stocks.

We now have two nice lines in the sand with he recent highs and Tuesday’s lows. 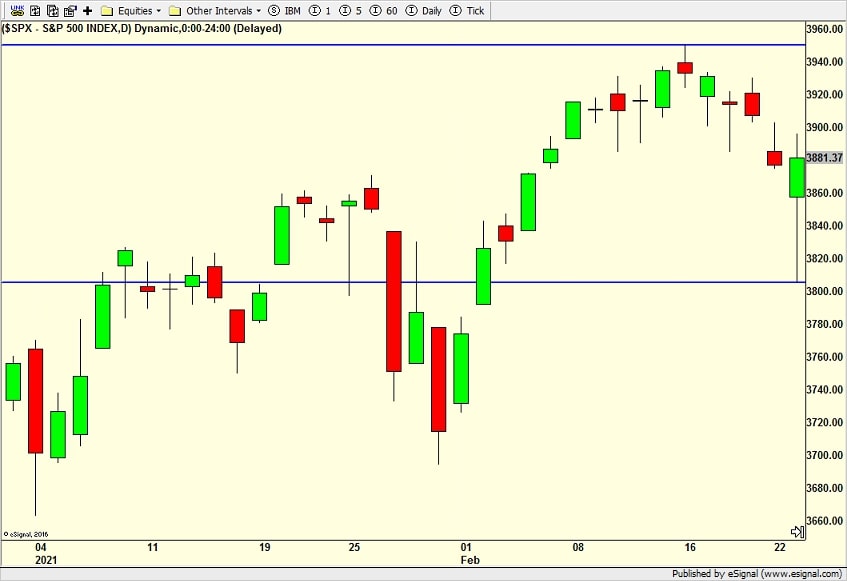 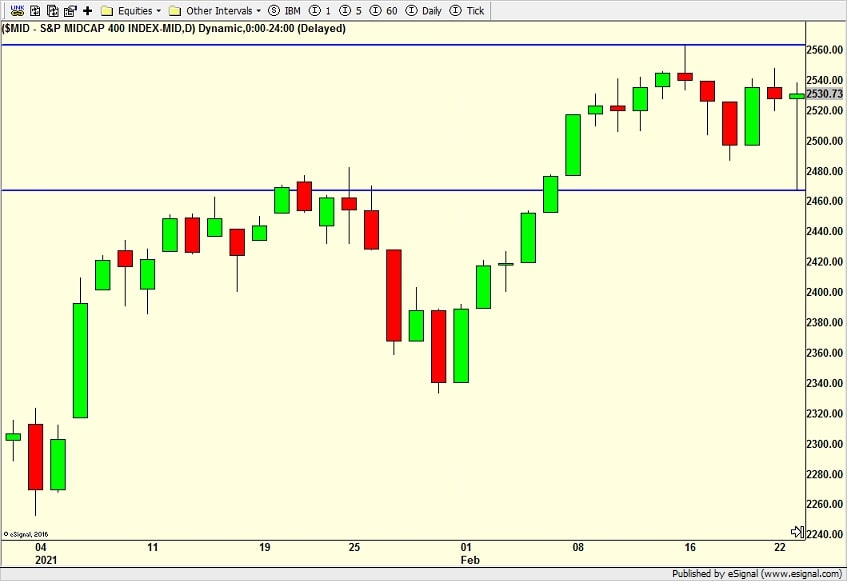 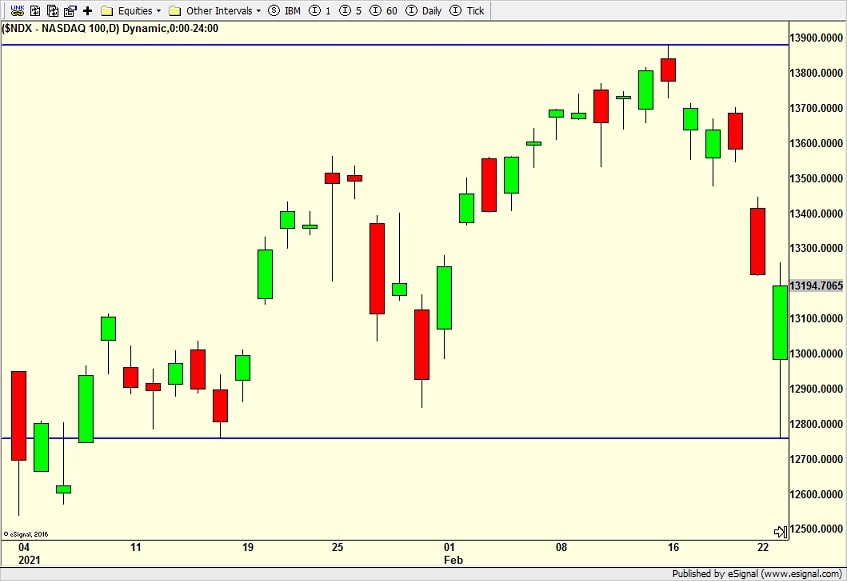