Good for the citizens of the UK! In true democratic form, the majority were unhappy and voted for change. And that’s what they got. Kinda, sorta. If I had the power to vote, I guess I would have voted to leave because I would rather be the first one out than the last.

The pundits were embarrassed. The markets got it wrong. The bookmakers appear to have lost a fortune. In my piece earlier this week, http://investfortomorrowblog.com/archives/2292, on Twitter and Facebook, I quoted the late Joe Granville whom I learned lots from in the 1980s. “If it’s obvious, it’s obviously wrong!” Joe is smiling and laughing today as he looks down from heaven. The markets weren’t worrying about the vote which was worrying to me as I wrote.

As stocks around the globe rallied sharply over the past week, I figured that the UK would vote to remain in the EU and then we would see a sell off on the news. Buy the rumor, sell the news. We are only getting the sell part this morning although the Dow is simply back to the level we saw just one week ago.

Let’s get one important forecast out of the way right here. I remain firm that the bull market in stocks is not over. The bull market remains alive and all-time highs are on the way this year.

As you know, I love looking for comparable periods to current market action. While I admit to not to spending more than 5 minutes thinking about this today, February 2007 immediately came to mind when we first heard of potential woes in China.

Look at the chart below on the far right side to see what I mean compared to 2016 just below that. 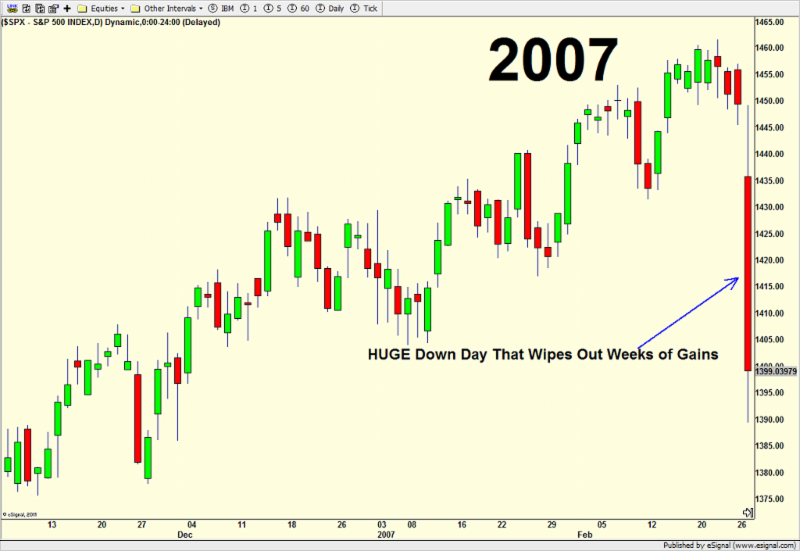 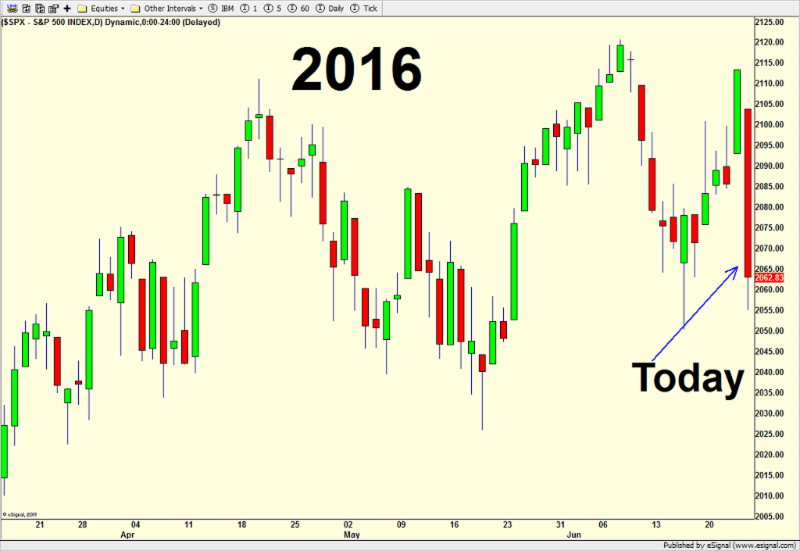 The huge down day in February 2007 wasn’t THE low, however it was where the vast majority of damage was done. Two weeks later after some choppiness and digestion, stocks made their final low, as I was sitting on top of a ski mountain in Utah celebrating my 40th birthday while doing a TV interview. 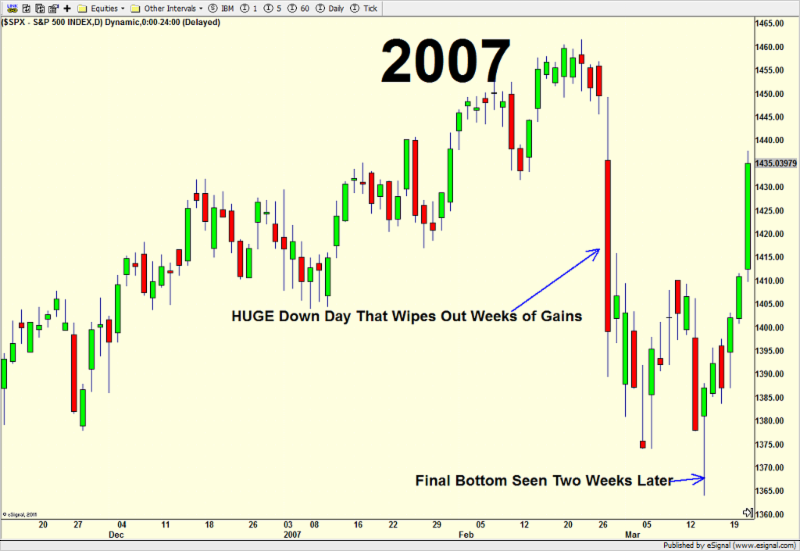 Finally, less than two months after the huge down day, the major stock market indices saw fresh all-time highs. I believe a similar path is on tap today with my familiar call for Dow 20,000 not far behind. 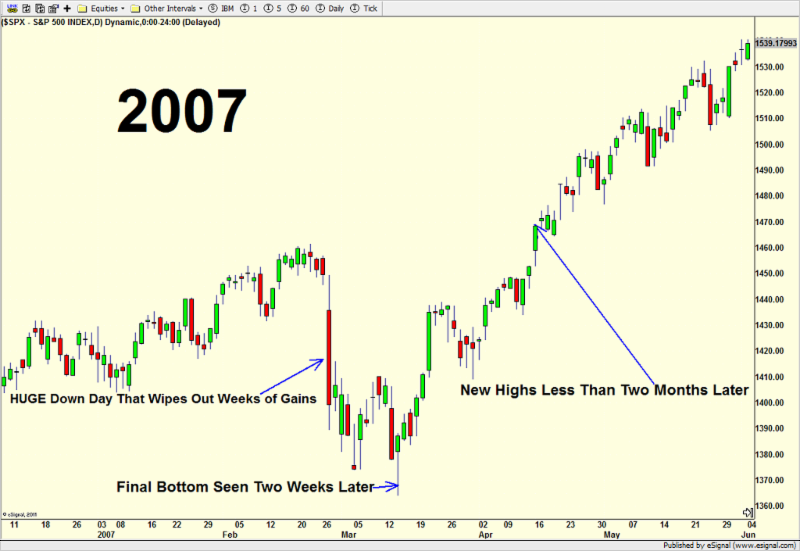 Why is Everyone Freaking Out?

That’s a good question! First, the UK Leaving the EU doesn’t mean much economically, fiscally or politically. Some are concerned that Scotland and/or Northern Ireland will be next. I think that’s valid and there will be at least one vote for independence.

The huge concern is that now the UK is supposedly leaving, it will make it easier for the Netherlands, Denmark, France, etc. to hold their own votes to leave. In other words, the dominoes will begin to fall and fall hard and jeopardize the whole EU and euro currency. Those are valid concerns and a forecast I first wrote about more than 10 years ago when I saw how flawed the euro was.

Keep in mind that this one high profile vote in the UK yesterday is not binding and may not be over. Parliament must vote and the UK and EU then have at least two years to negotiate terms of the exit. I hope no one thinks it’s going to be an easy negotiation. During that time, don’t be surprised if the powers that be in the UK hold another referendum to overturn this one. It’s that fluid and crazy!

Finally, last night’s vote puts another nail in the coffin of German Chancellor Merkel as she stands for reelection in 2017. Once the most popular and respected politician in this history of Germany, her stance on immigration has turned her into public enemy number one. Should Merkel lose, the euro currency and EU would lose their most vociferous supporter.

Interesting times we live in…

If you would like to discuss how this will impact your portfolio for anything more than the short-term, please reply or call the office to schedule a meeting. Lots of opportunities being created!