The Single Most Important Fed Day Ever – Phooey

The stock market model for today is plus or minus 0.50% until 2pm and then a bigger move. However, with the S&P 500 at new highs this week, the usual ammunition for a big rally is gone. With pre-market indicating a lower open, the model is to buy anything lower than -0.50% and reduce or eliminate at 2pm.

All the hyperbole about the single most important Fed meeting ever has started yet again. The deal is that the bond market has been pushing long-term interest rates higher and higher. The 10-Year Note is currently 1.67%, up from 0.50% last year. That means if you bought a bond from the U.S. Treasury which matured in 10 years, you would earn 1.67% in interest each year. Last August, it was only 0.50%. 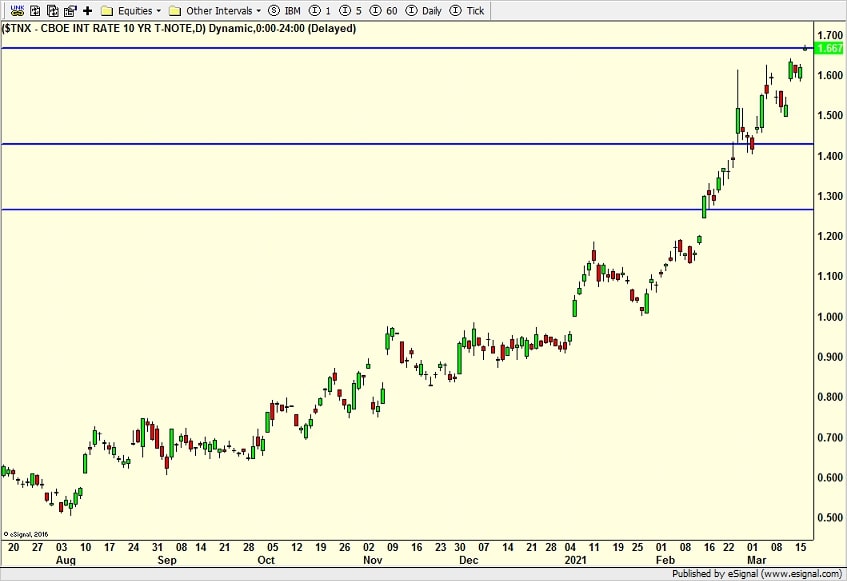 While that is an epic move in percentage terms, let’s be real. A 1.67% yield is not going to cause the economy to crash. Pre-COVID, yields were 2% and then 2.6% two years ago. During the glory years of the 1990s, yields went from 8.5% to 4% although the macro backdrop is generationally different than it was 30 years ago. 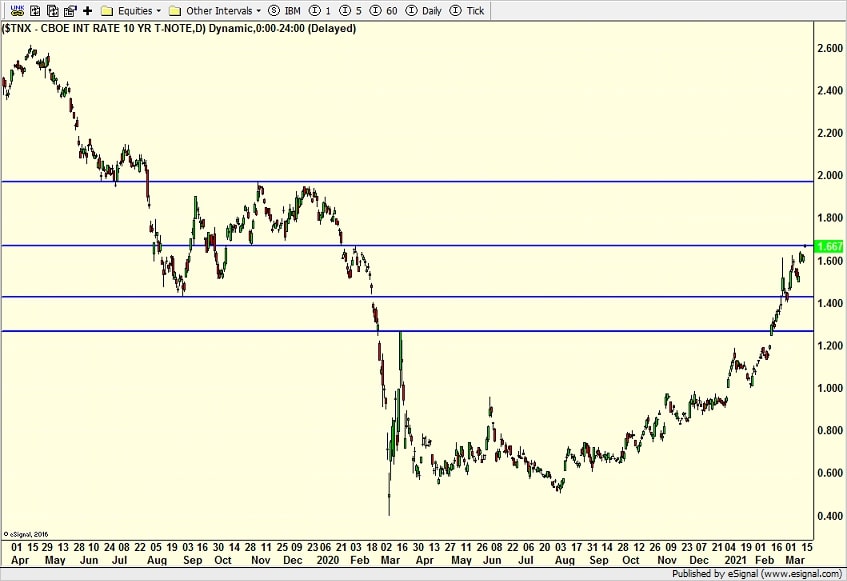 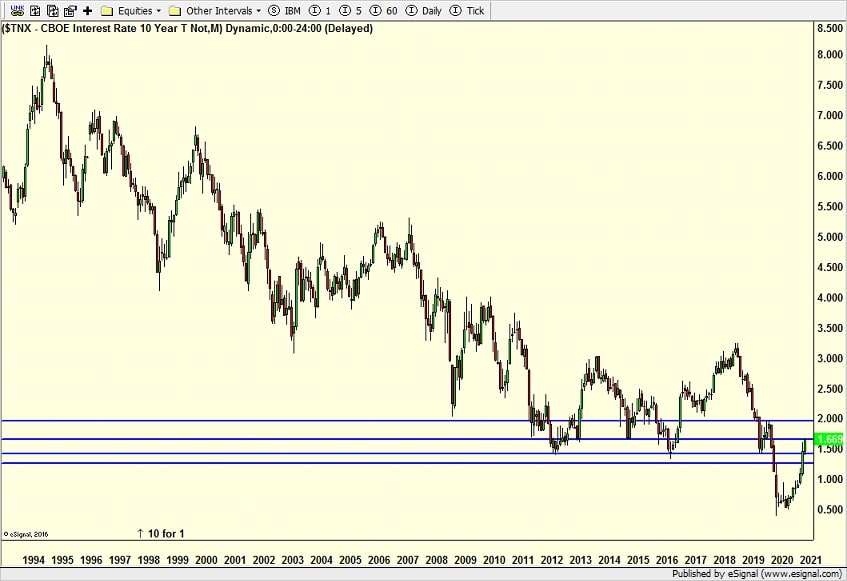 There is misplaced talk that the Fed is losing control of the yield curve which is the difference between a long-term and short-term interest rate. In the case below, we are looking at the 10-Year minus the 2-Year.

Remember, it wasn’t too long ago when the negative yield curve was front and center with warnings about recession. Well, it was right again as COVID was the catalyst. You can see below in August of 2019 that the yield curve was below zero. Not good. 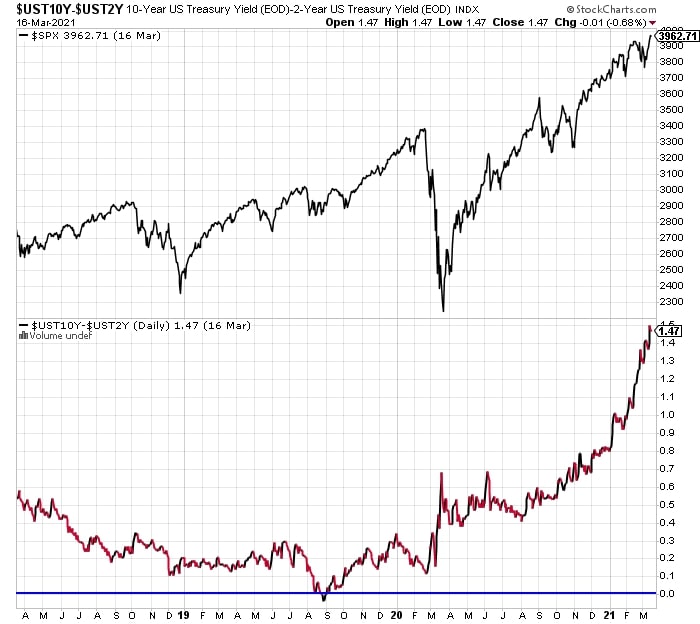 Conversely, we have a very steep yield curve today at 1.47% on the far right of the chart above. That is amazingly powerful for strong economic growth as it gives banks and other financial institutions to put money out on the street. After all, they borrow at rock bottom rates in the short-term and lend at long-term rates. This steep yield curve further reinforces my forecast for the economy to grow at its strongest pace since Bill Clinton and Monica Lewinsky became friends. If all breaks well, we actually could see 7% or even 8% in 2021.

Anyway, long story, short, allowing long-term rates to rise makes servicing the national debt almost impossible. It wasn’t too long ago when a trillion dollar annual deficit was unfathomable. We may be looking at $4 trillion in 2021, a number I cannot reconcile. That is 20% of our economic output for one year.

What could the Fed do?

Anything and everything really. However, the inflation genie came out of the bottle last year and she ain’t going back in anytime soon which makes the Fed’s life more challenging. The next step is for the Fed to do another Operation Twist when they essentially manage the yield curve by buying more and buying long-term bonds to push those yields lower.

In Japan, the Bank of Japan has been doing this and more for decades. The BoJ targets a maximum yield curve spread and then prints as much money as needed to buy bonds and defend that level. Don’t forget the old adage. Never get into a money fight with the guy who owns the printing press.

Markets will be parsing the Fed statement as well as peppering Powell with questions about their next move. Fully expect the algorithms to trade all over the place if the statement changes much from 6 weeks ago. Futures markets are already pricing in three rate hikes in 2023. Yes, you read that right. People are worried about what might happen two years hence. I know. It’s ridiculously absurd. Rates were “supposed” go much higher in 2020. How did that work out?

As always, I will be watching the movements in the 10-Year, gold and certain sectors like banks at 2pm.