The Pummeled are Leading

The bulls finally won a week. It took four weeks for a victory, and they were able to recover the full losses from the week before. That was no easy task! The stock market remains in bounce mode and the bulls should have more firepower to use in the coming days and weeks. Keep in mind that this is the last week of June and the end of Q2. Although there are significant losses in both stocks and bonds, we should see pension rebalancing money flow from bonds to stocks before Thursday’s close.

Friday’s rally was impressive with the number of stocks going up overwhelming the number of stocks going down by a greater than 4:1 margin. Overall volume was heavy. Volume in stocks going up was more than 80%. Volatility continued to move lower. All constructive things. However, none of this action confirms nor denies that the ultimate bottom has been seen. If you absolutely forced me to make a call, I would say that the final low remains in front of us, perhaps later in Q3 or early in Q4, but that’s anything but high conviction.

As I mentioned a few times this month, sectors where the decline began, software, innovation and biotech, all saw their worst levels in early May and have snapped back hard. That supports my long held view that what falls the most, bounces the most. Along with Chinese stocks, these groups are behaving well. See charts below. 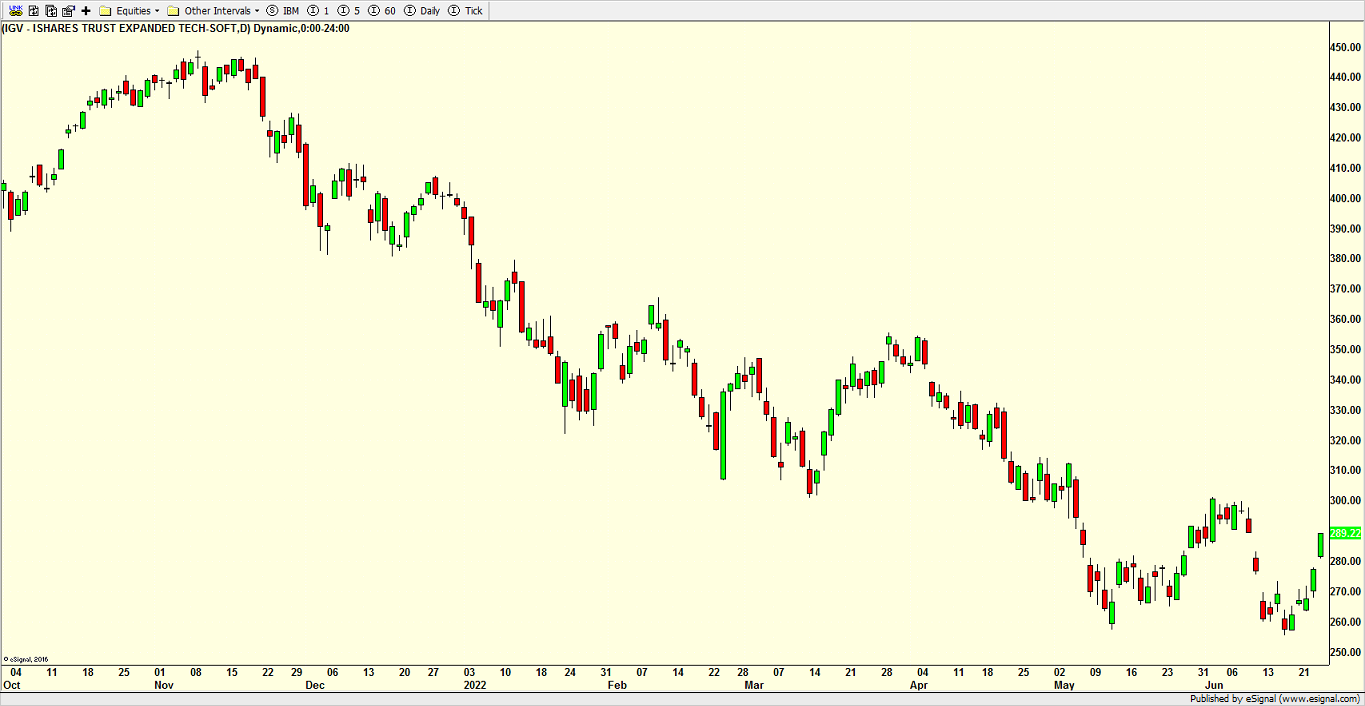 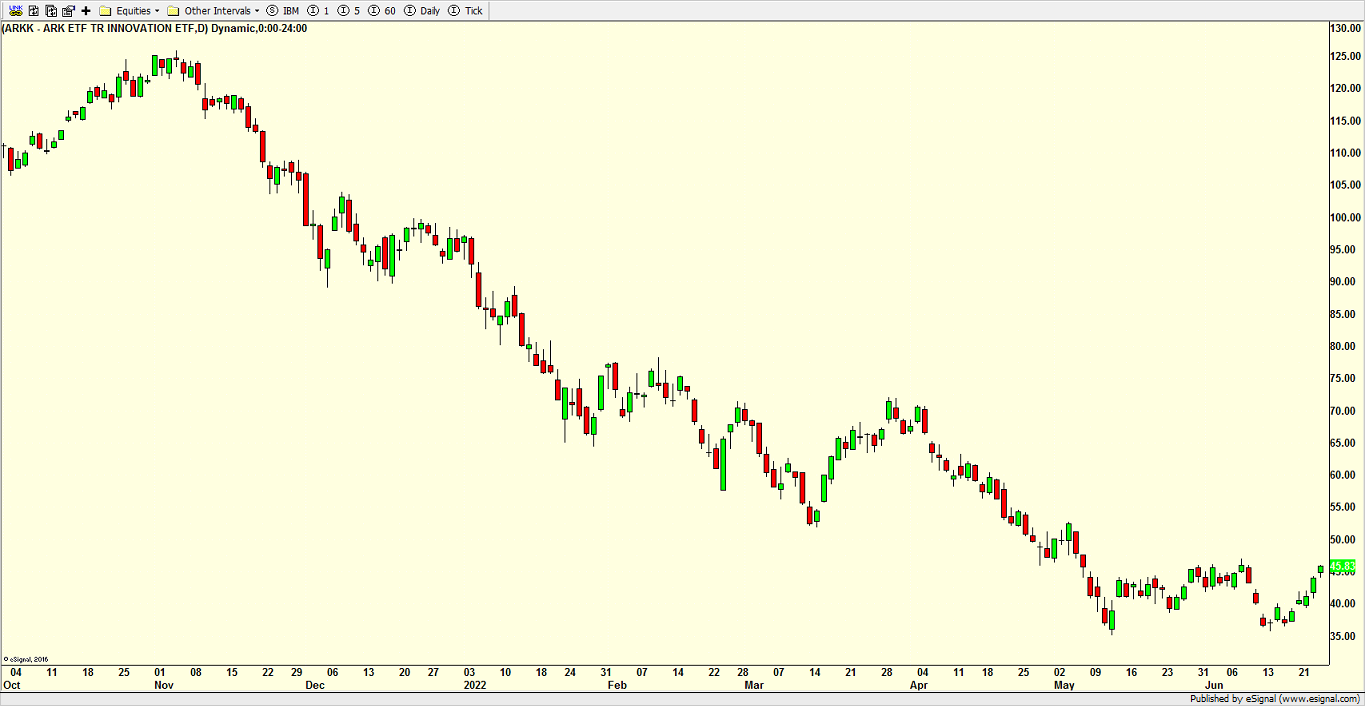 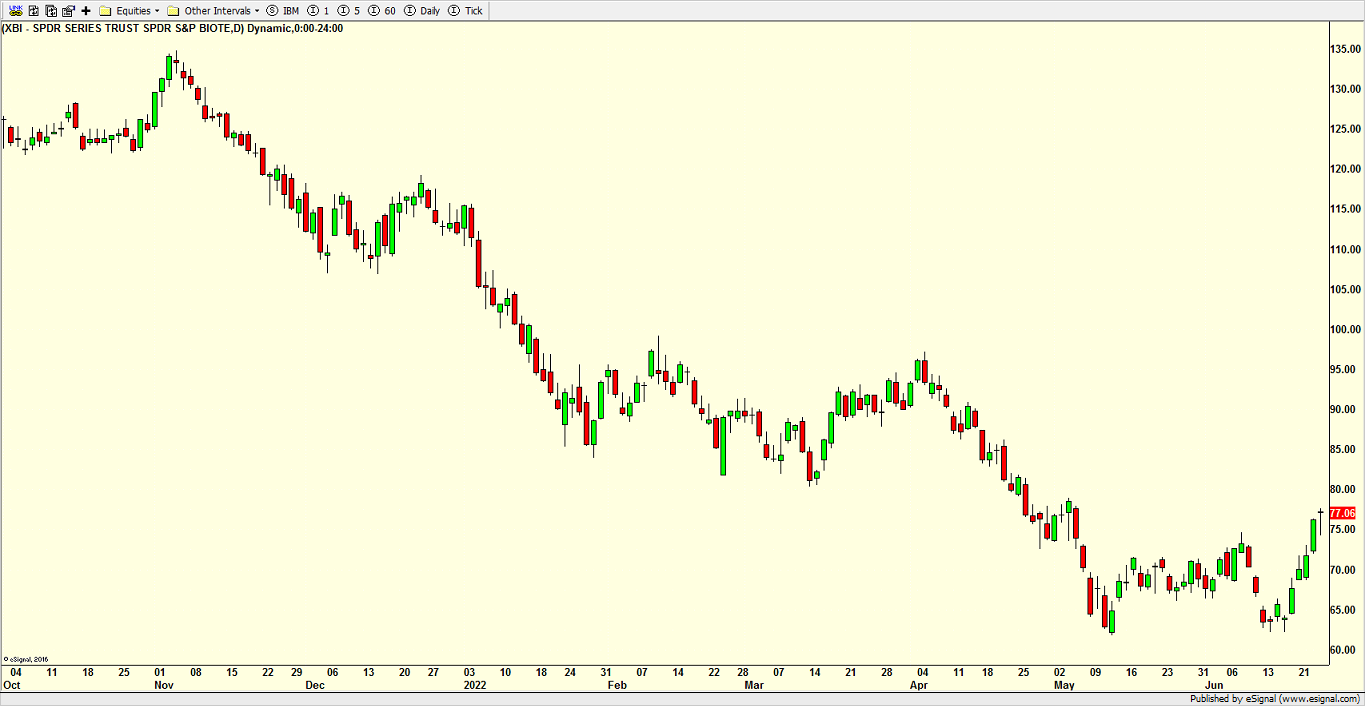 On the flip side, high yield bonds are still struggling to get out of their own way. It’s disappointing for the bulls, but not everything gets in sync together. Perhaps, high yield starts to really rally in Q3 or Q4 when the Fed and economy may be a little less uncertain. Or perhaps, I am wrong and junk bonds are sensing something deeper and longer than I see.

On Friday we sold some levered NDX.