I believe there is a “secret” behind the Fed being slow to hike short-term interest rates. I will get to that in a minute.

Let’s start with non-controversial items first. The Federal Reserve Open Market Committee concludes their two day meeting with an announcement at 2 pm that interest rates will not change today. That’s what the markets are expecting. There has been all kinds of hot air coming from several Fed officials that rates need to rise now, but Chair Janet Yellen has been on the other side, sticking with her more accommodative stance. It would be very hard to believe that the majority of voting members would overtly vote against their chair.

The statement comes next and because it’s not one of the quarterly press conference meetings, it’s even further unlikely that Yellen & Co. will raise rates without releasing their updated forecast and answer questions. Regarding the verbiage, there is no consensus on what will be released.

Looking at the calendar, the most likely opportunities for the Fed to raise interest rates are at the June and December meetings which include the quarterly update. I took September off the table because it’s too close to the election and without a clear and present crisis to fight, it’s unlikely the Fed would move so close to election day.

My own stance remains unchanged since 2008. That is that the Fed should not raise rates at all until the other side of the next recession. I wasn’t referring to getting through the Great Recession. I meant the mild one that should come next this decade. After that recession, I believe interest rates will go on a 25-40 year bull market with inflation finally becoming commonplace again.

That forecast also coincides with the final crisis in Europe later this decade. One way or another, with or without the Euro, Europe’s rubber meets the road this decade. Kicking can is no longer possible. There will likely be defaults and reorganizations, but Europe should become a great place to invest in the 2020s.

Yellen & Co. Set a Precedent
Getting back to the subject line of this update, I firmly believe that the Fed’s main reason for not raising rates isn’t all that transparent. However, the “secret” I call it isn’t nefarious or with some conspiracy laden ulterior motive.

Yellen is in a tough spot. The U.S. economy is certainly strong enough to withstand a rate hike or two. It’s hard to argue that although the Fed did set all kinds of precedents in December with that increase.

The “Secret”
Anyway, if Yellen & Co. hike rates now or soon given what’s going on in Europe and Japan with negative interest rates, the Euro and Yen would likely fall precipitously, meaning that the U.S. dollar would strengthen dramatically. This would almost certainly lead to an enormous flight of capital out of Europe and Japan and into the U.S. Remember, capital always flows to where its treated best.

Before the financial markets were truly global, you can see how this occurred in the early to mid 1980s as the dollar soared to its highest levels of all-time. Massive capital inflows would first go into the dollar and then typically into shorter-term treasury instruments. In the 1980s, we also saw flows into large cap, blue chip stocks, which I can see happening this decade and fueling the Dow into the 20,000s. 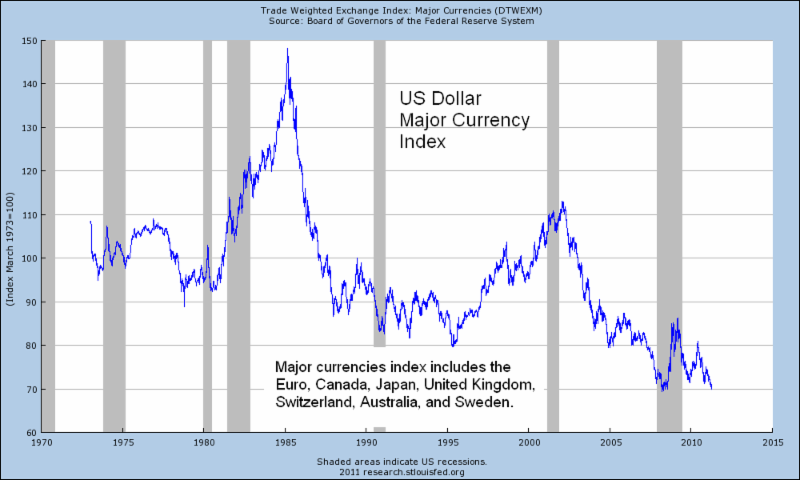 In the 1980s, these capital inflows helped fuel the nearly vertical rise in our stock market. However, eventually, when there are enormous capital flows to one system and out of others, market dislocations grow and grow and grow. Look at how sharply the dollar began to collapse from 1985 to late 1987.

When newly appointed Fed chair, Alan Greenspan, raised rates in August 1987, the dollar still fell as stocks peaked. As the stock market began to unravel in mid-October, then Treasury Secretary, James Baker, famously warned on the morning of the October 19th crash that the U.S. was not going to intervene and support the dollar. With portfolio insurance to add fuel to the fire, our stock market crashed.

I believe the Fed fears a much worse inflow of capital into this country which may be good in the short-term, but disastrous long-term. There is much more global capital today and our financial system is much more linked than ever. Money can flow around at warp speed.

Should we see a torrent of capital flow into the U.S., these kinds of events rarely, if ever, end well. See Japan since 1990 as one piece of evidence. Should our dollar resume its secular bull market, which I think it will by 2017, we may be looking at a major global financial market dislocation later this decade as a result, something the Fed doesn’t want to contribute to.