Two Scenarios Updated. Put Up or Shut Up

I had hoped to have a full canaries in the coal mine done today, but I failed (or lied as some could say) as I am only half done. It’s okay, though. Stocks are behaving exactly according to the footprints I first offered 10 days ago, making life a little easier, for now. And regardless, I am still forecasting Dow 27,000 next quarter with the chance of 30,000 later this year.

Below you can see the original chart with the Dow rallying smartly and heading towards the top of the volatility range I labeled with the blue horizontal line. Whether it goes a little north or a little short of it is irrelevant. From there, it gets dicey as stocks are “supposed” to peak and see a healthy decline to the bottom of the volatility range in March. If that ends up occurring, I would fully expect momentum to be weaker than the recent decline, less stocks making new lows, lower volume, lower volatility and less panic. 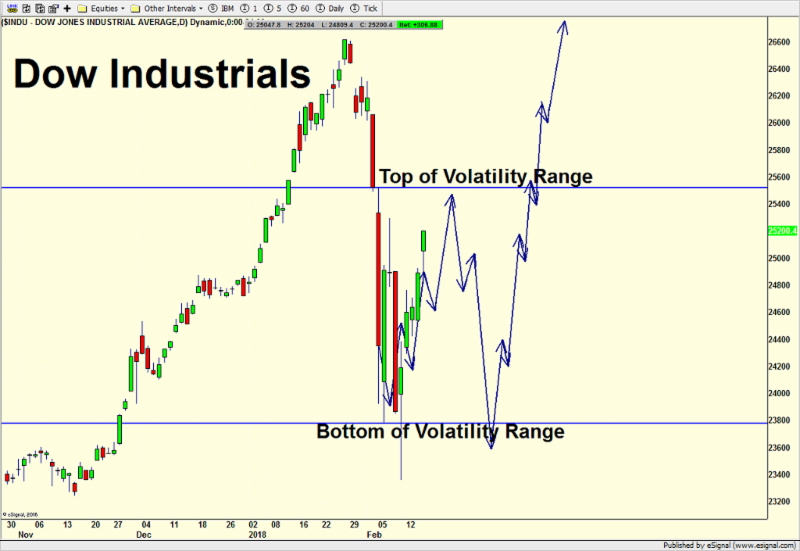 Just for the fun of it, I converted the chart above to a line graph below which only shows closing values of the Dow. It’s a less less noisy and perhaps easier to understand without the intra-day swings and colors. 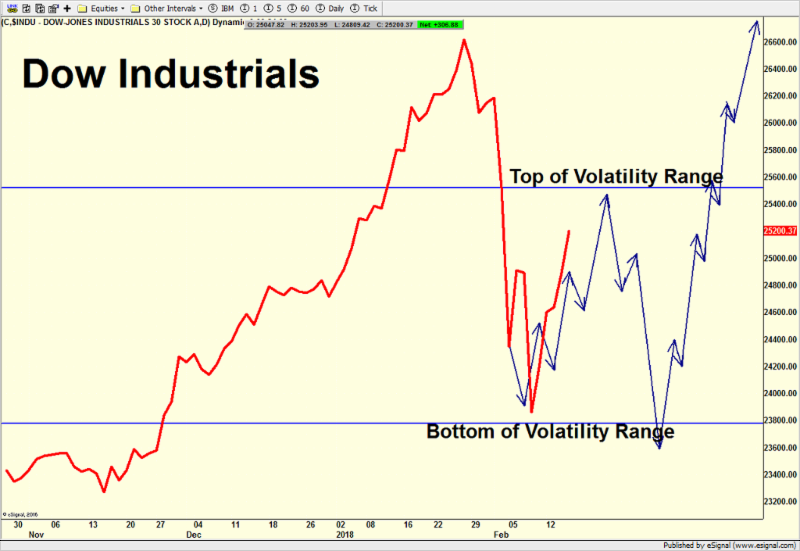 Finally, as I first mentioned when I offered the scenario above as my most likely, I could be wrong, not about the bull market remaining intact, but about this anticipated decline into March. If you recall, I offered a second scenario which ultimately had much more negative implications. http://investfortomorrowblog.com/archives/3323

Below is that scenario with the potential footprints. Stocks still rally to the top of the volatility range, pause for a week or so and then head straight to all-time highs, probably in April. 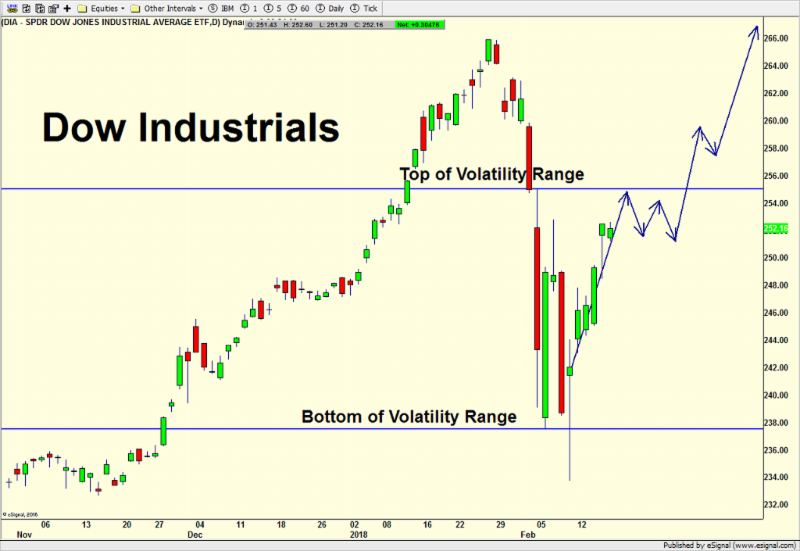 How is this any different?

Why should you care?

The stock market always needs a solid foundation to keep rallies alive. Imagine a house where you remove 25% of the concrete or half the framing rots away. The house becomes less and less stable before a storm knocks it down.

In this case, a run straight back to new highs could look a lot more like August 2007, July 1990 (click on that link above) or another instance where a 20% or more decline is more likely to unfold. That’s certainly not what the majority wants to see, but it a possibility. Again, that’s not my most favored scenario and regardless, I think new highs are on the way in Q2.