Full of cracks and warnings, the new bull market continues to chop higher. The S&P 500 has exceeded its June 8th high without much fanfare while the Dow Industrials, S&P 400 and Russell 2000 have still been unable to best their June highs. Of course, the NASDAQ 100 remains in a universe of its own although as we have discussed, it’s really just a handful of stocks. You know the ones. Apple, Facebook, Netflix, Amazon and Microsoft. The warning signs and divergences are certainly not as egregious as early 2000, but they are in place.

This is one of the main differences between 2009 and now. In 2009, there were almost no cracks in the pavement this early in the bull market. Price action just kept powering higher with a few intermittent pauses.

Below, you can see an updated chart of today versus 2009 with the bottoms lined up. Eventually, like all price analogs, it will break down, but for now, it’s fun to watch. That’s the S&P 500. It doesn’t look as good with the other major indices. 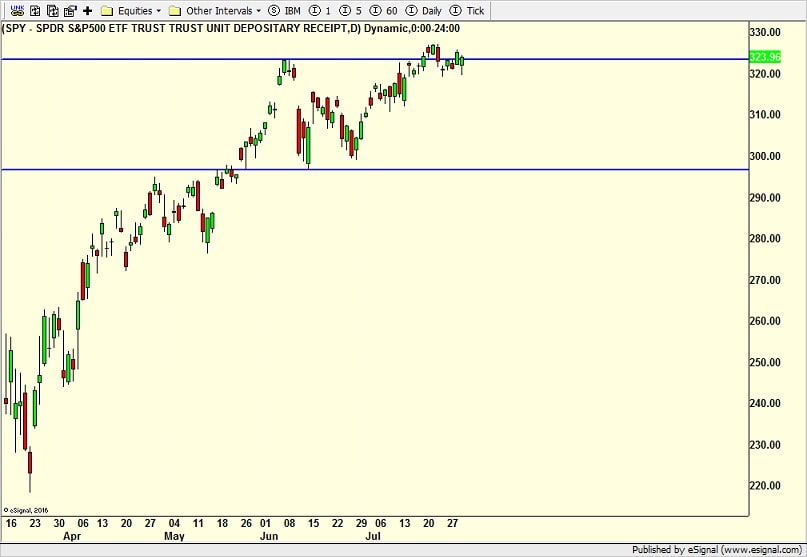 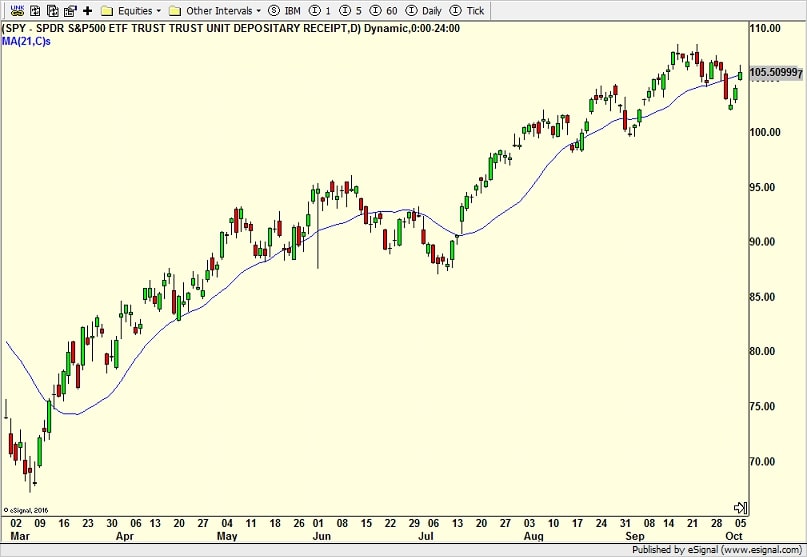 On Friday, we will take a look at the key sectors and junk bonds for further clues.