If you ever wanted to see how the four big quarterly expirations can impact stock prices, look no further than last Friday afternoon. Stocks opened lower and traded sideways until the lunchtime lull ended around 2pm. And then the big players had to square up their books into the close which likely caused the sharp rally into 4pm. We always hear pundits whine and moan about the computer algorithms, especially when downside movements are exacerbated. We rarely investors complain on the upside which is what happened on Friday. It cuts both ways. 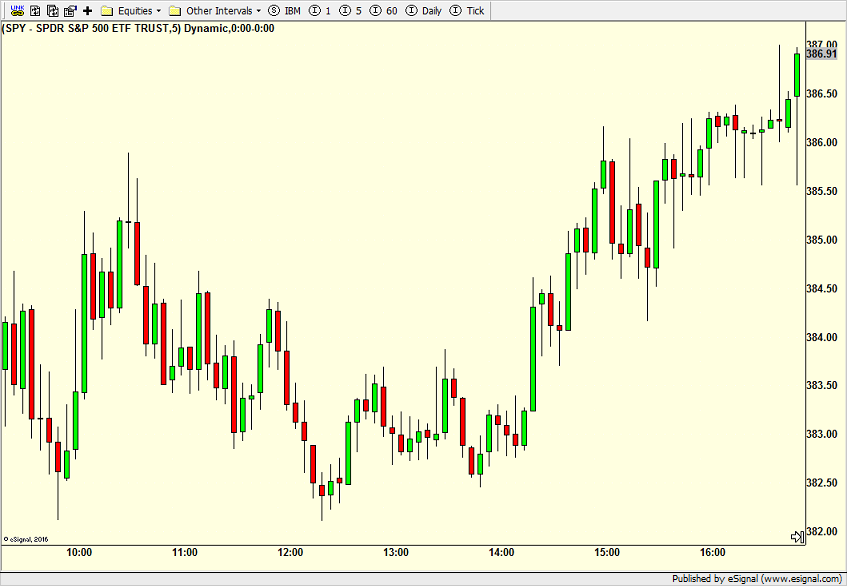 The stock market enters the weakest week of the weakest month in the weakest year today. That is all fact and not opinion. The question is did last week’s weakness front run this week. In other words, did the market trade lower anticipating this seasonal pothole. Obviously, we will find out in 5 days, but sentiment is getting really negative so at least a bounce should not be far away. And, we have the Fed meeting on Tuesday and Wednesday.

Too many people have been focused on S&P 500 3900. (See upper horizontal blue line) I don’t think it ends up being vital at all. It reminders me of 4200 last month. (See lower horizontal blue line) That mattered for all of a few days before the market turned tail and fell hard. It’s still 10% from the June lows and I think that difference is going to be attacked and defended strongly in the coming weeks. 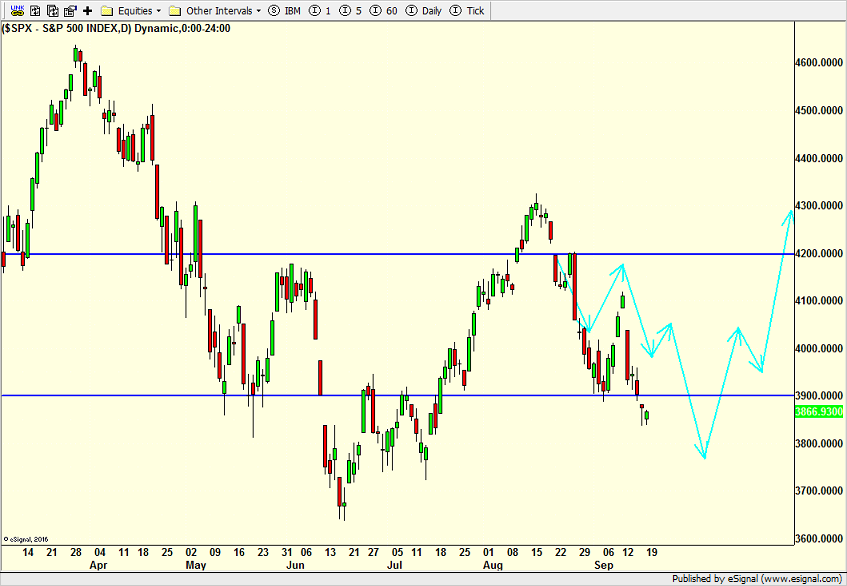 My theme remains the same. The stock market is building towards a significant low, if not a major bottom in the coming month or so. That low could be higher than the June low like we saw in 1994 or a full break like we saw in 1998 and 2002. It doesn’t matter how it unfolds as long as it does unfold. It all sounds so neat and tidy until you need to navigate it in real time.