On Monday, I offered some comments about the pathetic banks into earnings. JP Morgan was first and they got some love. Goldman was this morning and they should get even more love. The call wasn’t that difficult as sentiment was just so negative and fearful.

In almost every post over the last two plus months I have separated the major stock market indices away from the NASDAQ 100 which was behaving very idiosyncratically. Over the past few sessions, there has been a sea change of sorts with the Dow Industrials and value stocks getting into high gear with tech and the NASDAQ 100 lagging. In the big picture, this is welcome behavior as it indicated a market trying to get back to being healthy.

I am going to nitpick and say that the problem is that the healthiest sea change normally happens after a stock market pullback or correction, not in the middle of a rally. Perhaps, I am asking too much, but that’s my concern. The Dow has quickly caught up to the S&P 500 and should break out to the upside this morning as you can see below. Dow 27,000 should be hit at the open which means the June 8th lower new bull market high at the upper, horizontal blue line will likely be seen shortly. 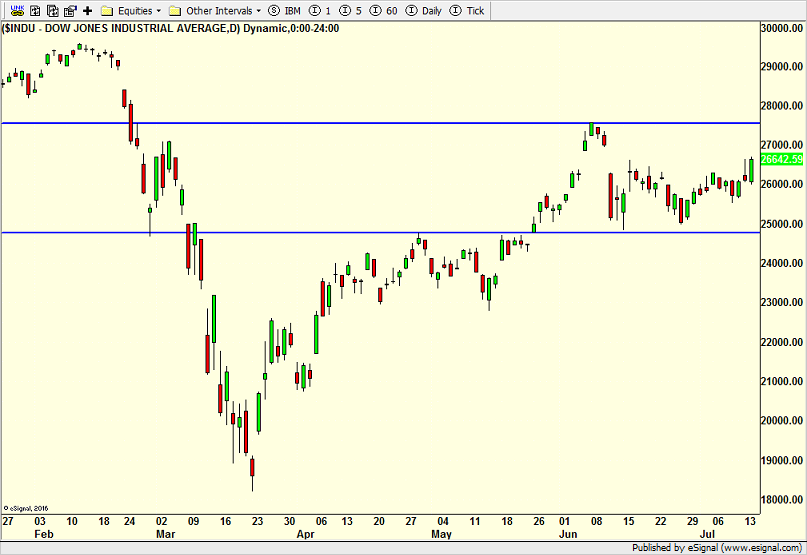 Let’s turn to a chart I used to show every week, pre COVID. It’s the New York Stock Exchange Advance/Decline Line which basically shows the participation in rallies and declines. Take a look at June 8th which is where the stock market peaked last quarter. The S&P 500 should finally exceed that level this morning. The bulls want to see the NYSE A/D Line get above its June 8th high sooner than later or that will be a warning sign that all is not well beneath the hood. 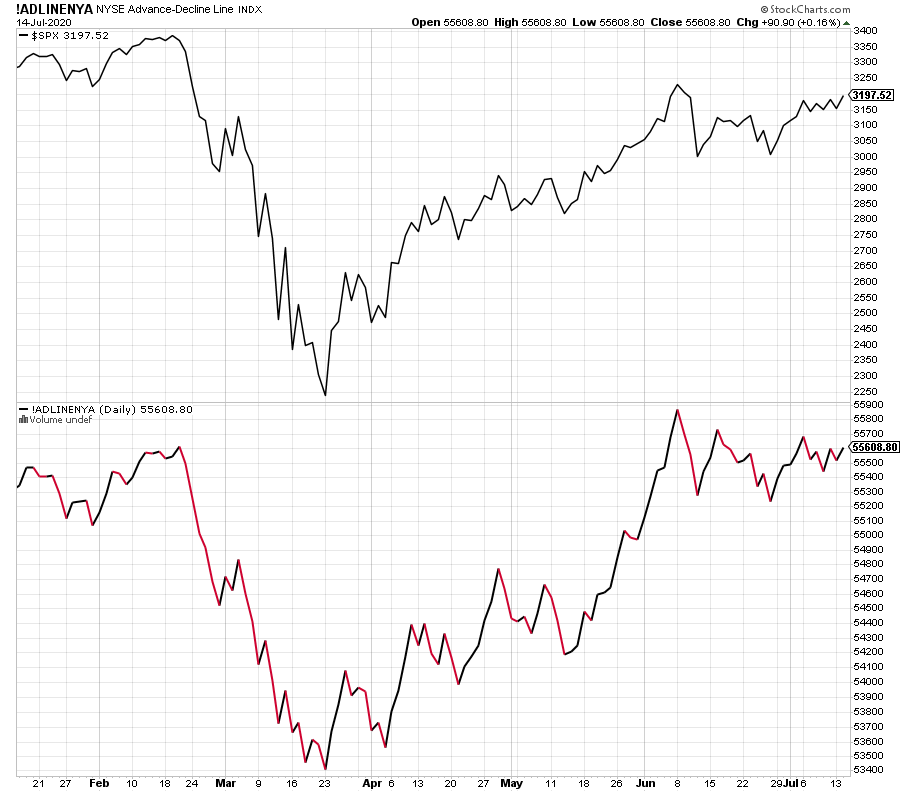 For those who read this far and didn’t stop at the nice, pretty charts, I will close with this. Stocks look to shoot higher at the open. I have a feeling that some of the trillions of dollars on the sidelines will make its way into the market this week. That may end up being a nail in the coffin of the rally more than an accelerant. Yes, I am broaching the bearish argument. No, I am not saying that stocks are going down just yet, but it is beginning to enter my analysis.