On Monday I wrote China Stinky and said that we need to see how markets react to the news rather than accept the news at face value. And wouldn’t you know it, U.S. stocks surged higher after opening lower in the face of all that bad news. Let me get my shocked face, said me with full sarcasm. Can we rewind all those bearish pundit interviews before 10am on Monday? Of course the media won’t hold anyone accountable.

That is total and utter nonsense from a clown. I challenge anyone to find reputable firms who move massive amounts of capital because some arbitrary number is hit on an index. It is something I pay attention to because others pay attention to and there is often an opportunity there, like selling into those levels. From my experience when the masses are focused on one single thing in the markets, the markets do their best to confound those people. In this case the obvious trade is to suck money in and then quickly pull the rug. We will see what Wednesday brings. 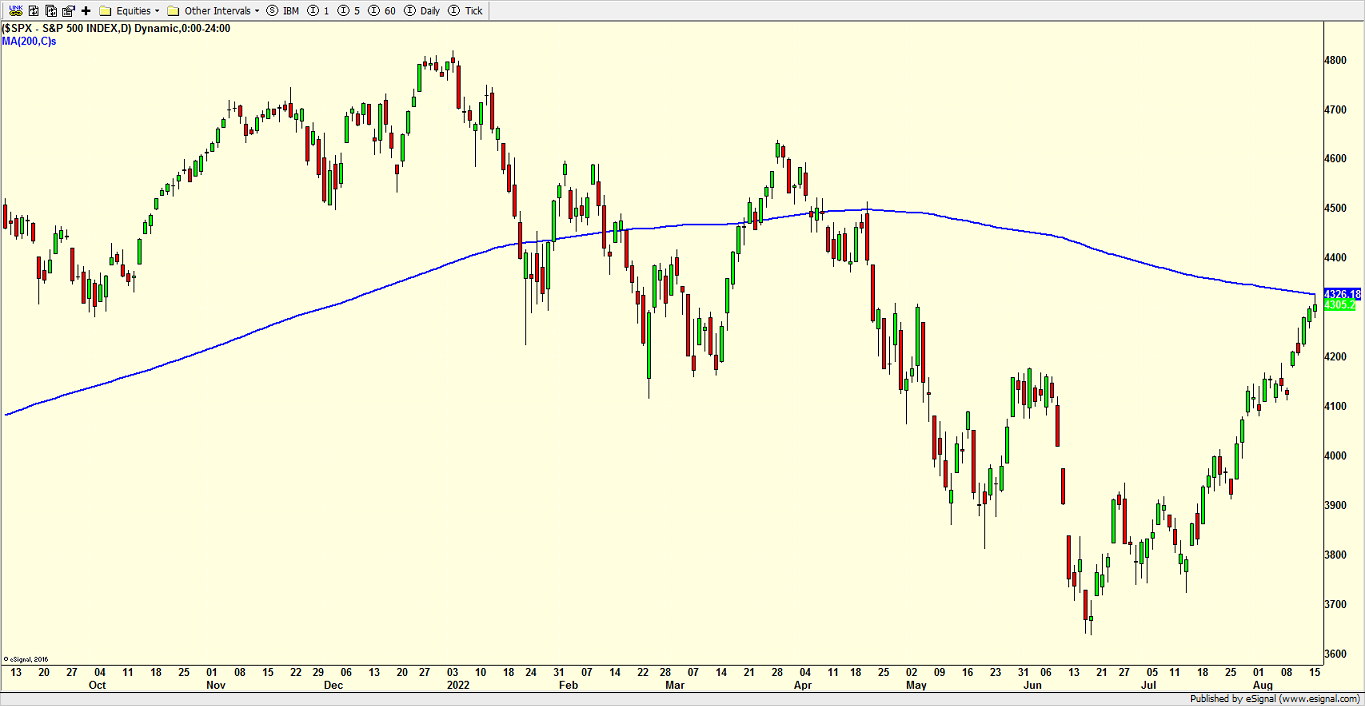 Look, the stock market has been on a torrid run since the June 17th bottom. No one on earth can deny that, recession or not. And I have been all over this rally. While the easiest money has long been made, that doesn’t mean more money can’t be made in the days and weeks ahead. I posted the semis chart the other day and they still look appealing.

A few weeks ago we bought FAS in the financial space and that’s an example of a beaten down sector that has played catch up. Financials bottomed in July after the stock market. It’s now time to put together a plan in case they reverse lower. 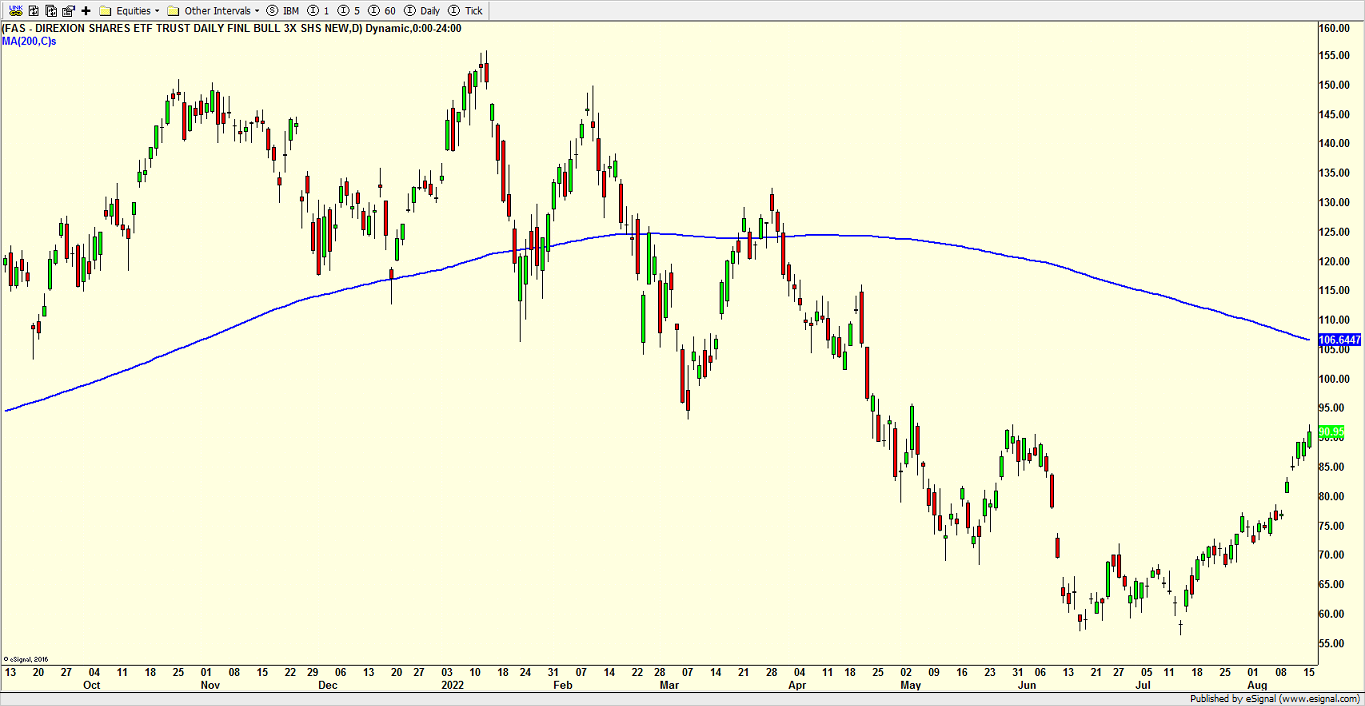 I started doing some work on what happens when a bear market regains half of what it lost. I think you will like the results. I hope to share that on Friday.