Window of Opportunity Opening for a Broad Stock Market Decline

On Wednesday, for those were able to read to the end of the update, I did something I haven’t done in a while, broach the idea that stocks could could go down for more than a brief pullback. I continue to warm to that idea. Let’s start with the top chart below which is 10 and 20 day average of the NASDAQ volume versus NYSE volume. You can see that since the bull market launched on March 23rd, there has been an epic surge in NASDAQ volume versus NYSE volume which reminds me of the Dotcom era. In other words, investors are much more excited to trade the NASDAQ stocks than those on the NYSE. That’s a warning sign and not healthy, but also not a great timing indicator.

In the second chart, you can see the NASDAQ 100 divided by the S&P 500. All year we have seen the technology sector outperform the S&P 500. That’s not epic nor unusual by itself. 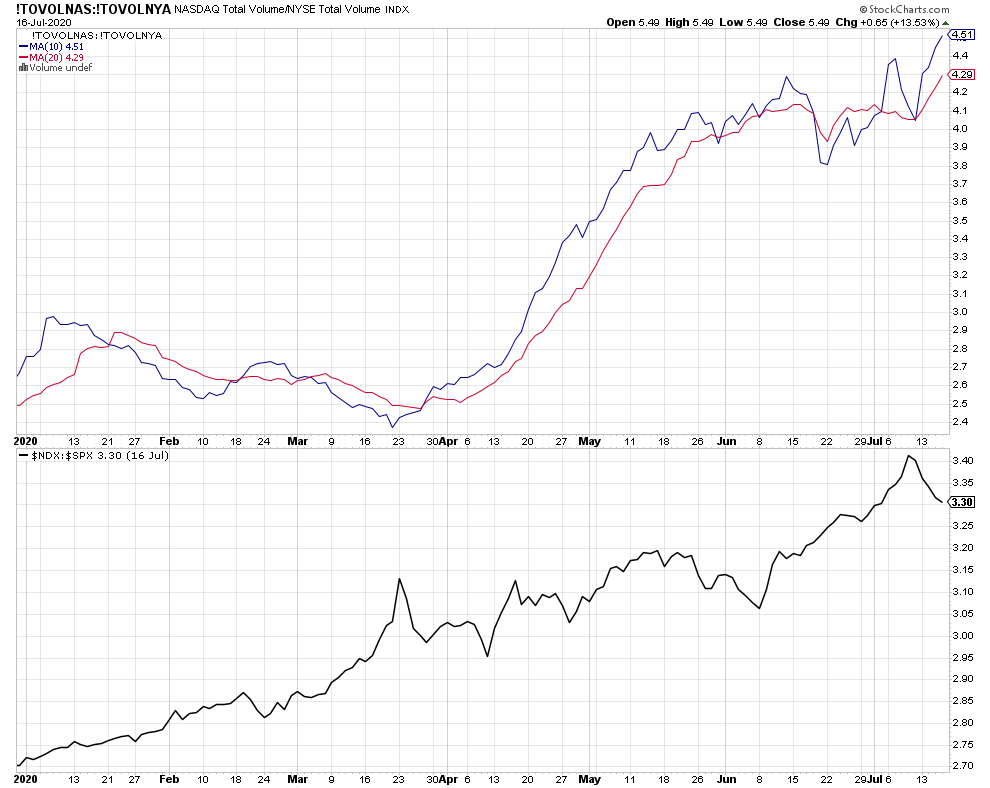 However, if we take a much longer view, like the last 25 years below, we can see that the NASDAQ 100 versus the S&P 500 has never, ever been at these levels. It is even exceeding that from the Dotcom Bubble! While I continue to believe that there is no bubble today, it certainly doesn’t mean the NASDAQ 100 versus the S&P 500 can’t go down or sideways for weeks, months or even longer. It also doesn’t preclude stocks from seeing their largest decline since the bull market began. 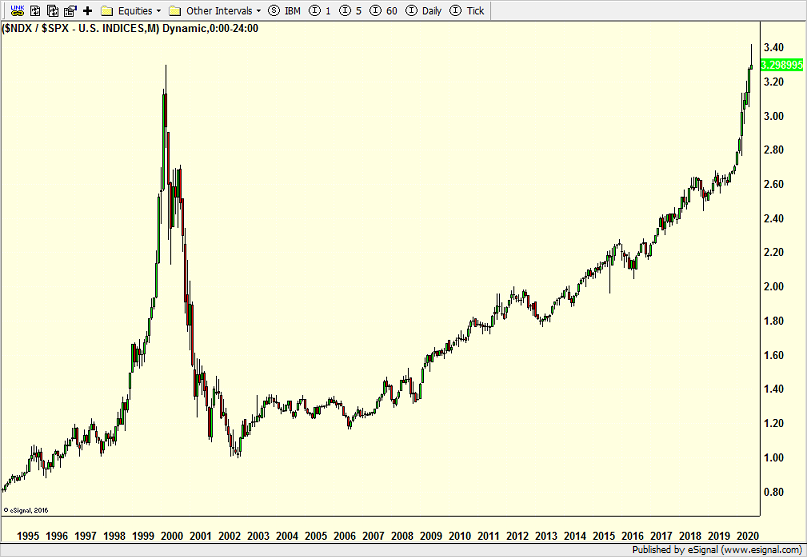 For those thinking that it’s just the NASDAQ or tech stocks, take a look at the sentiment survey below from newsletter writers. Almost 58% are positive versus 18% negative. That spread doesn’t inspire confidence in the short-term. 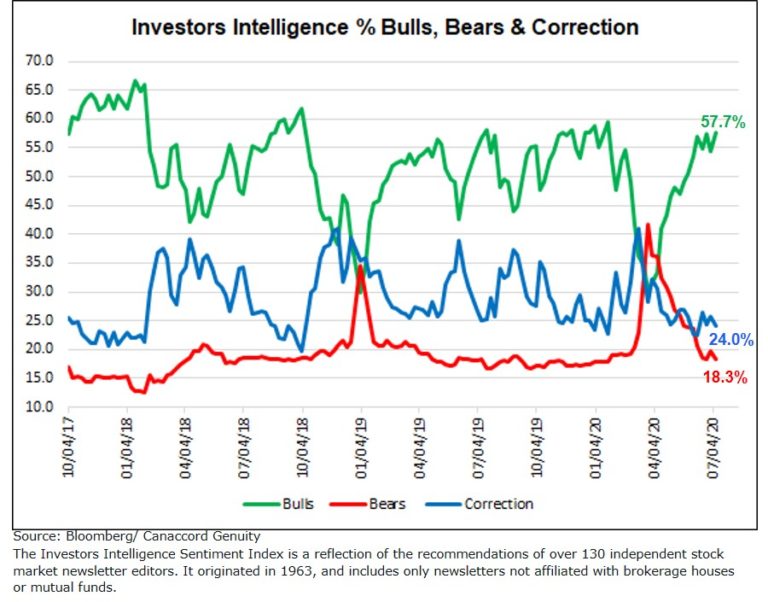 I will close similarly to yesterday. I am recognizing that risk has increased in the stock market, especially in the NASDAQ. In other words, the window is opening for a potential stock market decline of some magnitude more than just a quick pullback. I don’t think this is a September or October story. I think that if a decline is going materialize, it should happen over the coming weeks. We now have to be on the lookout for signs of confirmation, like the tech sector rolling over and the other stock market indices unable to surge.